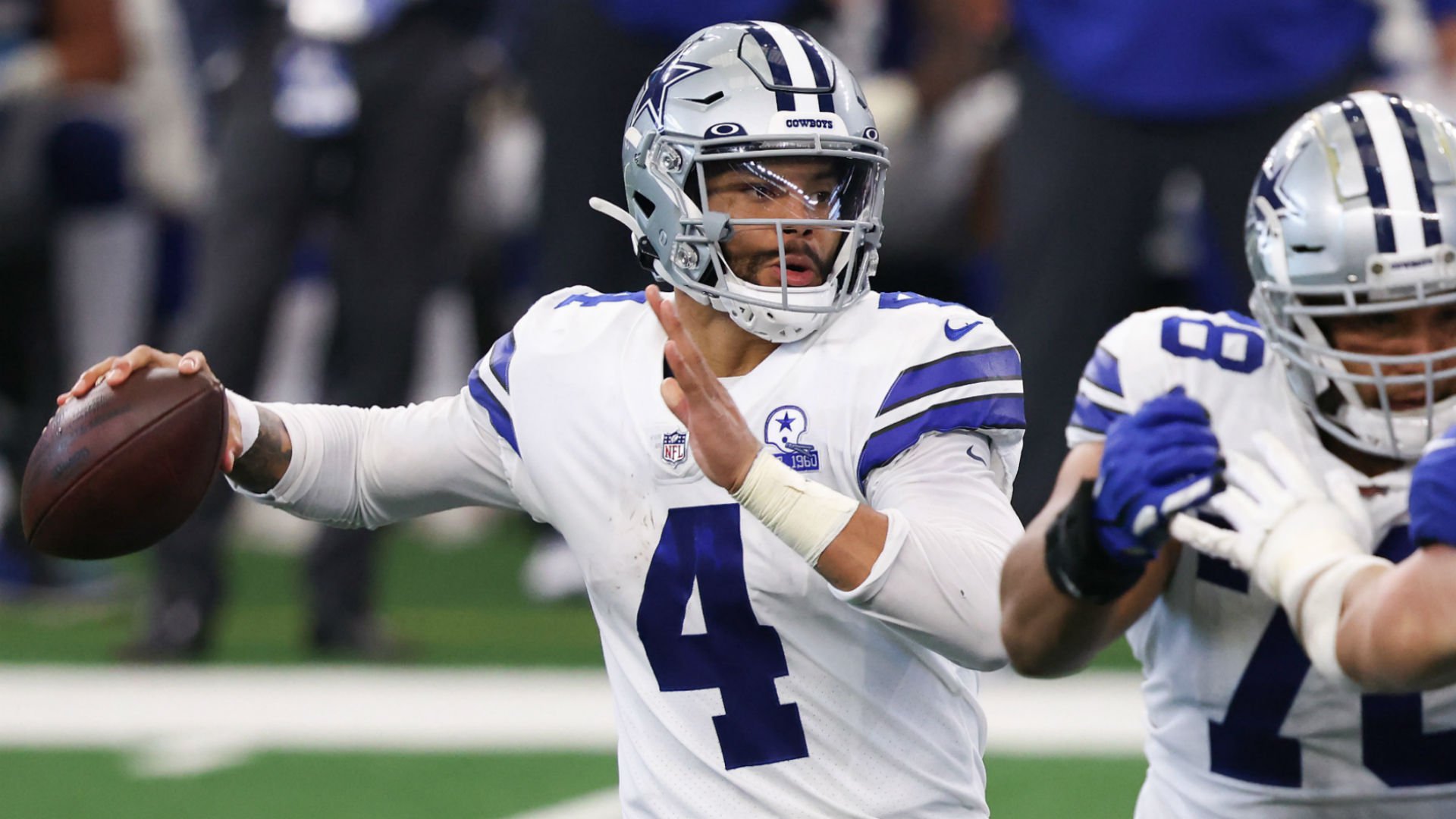 Few NFL teams face as much pressure on a yearly basis as the Dallas Cowboys. After all, they’re still known as “America’s Team” after all these years for a reason, even if it’s been over 25 years since their last championship.

Having said that, the pressure is mounting for the Cowboys to win a championship sooner than later. Guys on big contracts like Dak Prescott and Ezekiel Elliott aren’t getting younger, so the window to win is now. That’s why the organization has wasted no time making offseason moves.

They’ve re-signed wideout Michael Gallup to a five-year, $62.5 million deal. They also brought back safety Malik Hooker on a two-year, $8 million deal to ensure that he keeps the secondary respectable.

Dallas has even made some moves to create more cap space to spend in free agency. The team moved on from superstar wide receiver Amari Cooper by trading his massive cap hit away to the Cleveland Browns. The Cowboys have also restructured defensive end DeMarcus Lawrence’s contract to create more space.

Dallas now has just over $24.6 million in cap space, according to Spotrac. Weaponizing that space to its fullest will be crucial for the Cowboys to compete in the upcoming season and beyond.

Regardless of what else the Cowboys do this season, people will still wonder if they have what it takes to win the NFC East and to be a Super Bowl contender throughout the 2022 NFL season.

All odds are from BetMGM.

It shouldn’t come as much of a surprise to see the Cowboys being favored to win the NFC East at -120 odds by BetMGM. They’re usually competitive in the divisional race most years, having won it twice in the last four seasons, including in 2021.

To add more to their credibility, the Cowboys went a perfect 6-0 against their divisional rivals last season. By the end of the year, they had outscored the other NFC East teams by an average of 40.0 to 17.8. Considering how that’s more than double their opponents, it isn’t hard to imagine them being that dominant once again.

Although the Cowboys aren’t perfect, they certainly have a better roster than their NFC counterparts. The Philadelphia Eagles still need to add several offensive players while no one knows how Carson Wentz will perform under center for the Washington Commanders. Meanwhile, the Giants haven’t fielded a competitive team much over the last decade, so only time will tell if they finally do.

At the end of the day, the NFC East is the Cowboys’ division to lose. Unless they deal with a massive injury or hit some unexpected slump, expect them to win the divisional crown once more.

Unfortunately, for the Cowboys, their odds to win their first NFC Championship since the 1995 NFL season aren’t as favorable as their NFC East. Nevertheless, having +1100 odds (No. 5) is still more than respectable.

The truth is that the Cowboys have a lot to prove before they’re in the same conversation as the Green Bay Packers and Los Angeles Rams of the conference. Those teams have shown that they can go all away and pull off the big win where it counts, whereas the Cowboys have let fans build up high expectations only to knock them down for years.

The Cowboys showed last year that they have trouble dealing with some of the better teams in the NFC. Including the playoffs, they lost six games all of last season. Three of those losses came against highly-ranked NFC teams in the Tampa Bay Buccaneers (Week 1), Arizona Cardinals (Week 17) and San Francisco 49ers (Wild Card).

Even though many teams lost to those organizations, the Cowboys need to win those games to show that they can keep up with the NFC’s best. Failure to do so won’t have anyone taking them seriously come playoff time.

The good news is that the Cowboys will have a great chance to prove their worth in 2022. While the exact dates are unknown still, they’ll face off against the Packers, Rams and Buccaneers at some point next season. How they succeed (or don’t) in those games will give fans a better idea as to whether or not they can compete for the NFC Championship.

Even though betting odds aren’t a guarantee of anything, they give us a better idea of how oddsmakers view certain players and teams. As of March 16, it’s clear that BetMGM isn’t viewing the Cowboys as a leading Super Bowl contender.

The Cowboys currently have +1600 odds to win Super Bowl LVII next season. That ranks fifth-best among NFC teams and eighth-best across the NFL as a whole.

On one hand, having +1600 odds to go on a championship run is a lot better than the majority of the league. However, it’s somewhat underwhelming for a team of Dallas’ stature. There are always rumblings that they’re ready to compete with the league’s best each season, so seeing them trailing that many teams can be a bit of a shock.

Nevertheless, odds are constantly changing and that isn’t to say that the Cowboys can’t challenge for the Super Bowl. Things could look a lot different after free agency has come and gone, with the football world having a better idea of what Dallas’ final roster will look like — especially if they can improve the defense.

The Cowboys are also fortunate enough to be tied for the easiest schedule in the 2022 NFL season. Their opponents combined for a .462 winning percentage last year, which is certainly helped by the fact that they have six games against their NFC East rivals.

At the end of the day, it’s clear that the Cowboys have a lot of work to do before they’re legitimate Super Bowl contenders. Having said that, their cap space and favorable 2022 schedule open up the door for a championship run if they play their cards right.

The 2022 French Open is underway at Stade Roland Garros in Paris, France, and we are already almost through the first week of play. Tomorrow, the remaining third-round matches will take place, after which the men’s and women’s singles draws will be down to their final 16 contenders. In both men’s and women’s singles, there END_OF_DOCUMENT_TOKEN_TO_BE_REPLACED