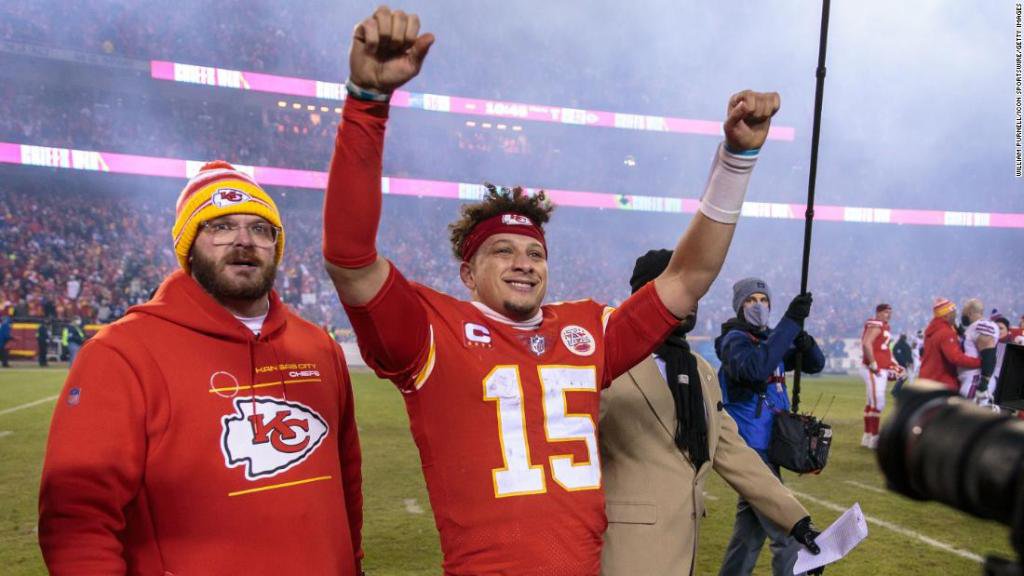 The Cincinnati Bengals have already had their best season since a couple of guys named Norman and Elbert led the team to Super Bowl XXIII. But to claim a long-awaited AFC title and return to the Super Bowl for the first time in 33 years, they will have to take down the two-time defending AFC champion Kansas City Chiefs on Sunday at Arrowhead Stadium.

It’s already been a memorable run for the Bengals, who ended a three-decade playoff win drought. And thanks to last week’s upset of the Tennessee Titans, they are in the AFC Championship Game for the first time since the 1988 season.

That season, QB Norman “Boomer” Esiason, the 1988 NFL MVP, and rookie fullback Elbert “Ickey” Woods helped lead the Bengals to the AFC title before a heartbreaking loss to the San Francisco 49ers in Super Bowl XXIII.

Now, the Bengals are two wins from finally winning the first NFL title in the franchise’s history. To move within a win, they will have to do what only Tom Brady has been able to do over the last four seasons: defeat Patrick Mahomes in the NFL playoffs.

After last season’s disappointment against Brady’s Bucs, the Chiefs are on the cusp of a third straight Super Bowl appearance. And with the Packers eliminated, Super Bowl odds now favor the Chiefs for a second title in three seasons.

But will they back up those odds and end the Bengals’ championship hopes and dreams? Or will Cincinnati’s J & J duo combine to stun the Chiefs for a second time this season?

Can Cincinnati Win Another Shootout Against Kansas City?

In Week 17, the Bengals hosted the Chiefs with a lot on the line for both teams. At the time, the Bengals were chasing the AFC North title, while the Chiefs were in pursuit of the top seed in the AFC.

The Chiefs ran out to a 28-14 first-half lead and were well on their way to their ninth straight win. But the Bengals stepped up in every department in the second half to record an AFC North title-clinching win.

In the second half, the defense held one of the NFL’s best offenses to only three points. Offensively, the Bengals controlled time of possession (17 minutes, 18 seconds to 12 minutes, 42 seconds) and scored on three of four second-half possessions. After the offense ran down the final six minutes to set up a chip shot field goal, rookie kicker Evan McPherson drilled the winning kick with no time left to seal a 34-31 win.

The Bengals have gotten by thus far without being prolific, scoring 45 points in two games. But the Chiefs, especially in mid-to-late January, are not the Raiders or Titans.

Cincinnati needed an interception near the end zone on the final drive to seal the Wild Card win and dispatched the Titans in Nashville despite allowing nine sacks, thanks to three interceptions of Ryan Tannehill.

Along with timely turnovers, the defense has done well with bending but not breaking. In their two wins, they allowed five field goals but only three touchdowns.

But Playoff Pat and the Chiefs are not likely to leave as many touchdowns on the field. That means that Burrow and the offense need to be more efficient with getting in the end zone.

McPherson is a perfect eight for eight on field goals, which is tremendous. But the Bengals have found the end zone only three times in two games. There is a good chance they will need more than that to have a chance to win in Kansas City on Sunday.

Will Kansas City’s Escape Artists Have to Pull Off Another Comeback?

If you are reading this Bengals-Chiefs prediction piece, you more than likely know of the extraordinary efforts of Mahomes and Josh Allen on Sunday night as they played out one of the greatest games in NFL playoff history.

It was certainly the most desperate rescue mission that Mahomes has pulled off with regards to how much time he had to work with. But he was not in an unfamiliar position as far as having to mount a rally in a playoff game.

In ten career NFL playoff games, Mahomes has faced a deficit in the second quarter or later in all but two games: his first playoff game, a 31-13 win over the Indianapolis Colts in the Divisional Round in the 2018 season, and a win over the Cleveland Browns at the same stage last season.

Six times, he has successfully led the Chiefs to a comeback win. He did so in all three wins on the way to their Super Bowl title two seasons ago, last season’s AFC Championship Game win over the Buffalo Bills, and both wins in their current playoff run.

Additionally, in his first AFC Championship Game appearance, he rallied the Chiefs from 10 down in the fourth against Brady and the Patriots, only to lose in overtime. Unlike Sunday’s game against the Bills, the Chiefs lost the overtime coin toss and didn’t see the ball on offense in OT, as New England scored a touchdown to walk it off.

Since they failed to hold a lead against the Bengals in the first meeting, perhaps they need to employ the opposite strategy this time around. It’s safe to say that if the Chiefs do fall behind on Sunday, that jumping on their live lines would be a high-value move given their history over the last few seasons. If there is anyone you can trust to successfully navigate a tight spot, it’s Mahomes and that offense.

Are we going to find out if Kansas City can continue to take the scenic route to playoff success? The Chiefs have not played too many complete games this season. Perhaps Sunday’s closest of close calls–and their Week 17 loss in Cincinnati–will spur them to hit the ground running and not let up.

The Chiefs have scored 31+ points eight times in Mahomes’s ten career NFL playoff games. The only outliers are the Super Bowl LV loss to the Bucs and the aforementioned win over the Browns, which Mahomes exited early with concussion concerns. Eight of those ten games have been in Kansas City, where the Chiefs have scored (starting with most recent) 42, 42, 38, 22, 35, 51, 31, and 31 points.

In other words, McPherson’s leg will need to be used more for extra points than field goals for Cincinnati to have the most optimal chance to come out on top in the AFC Championship Game matchup.

Burrow and the Bengals are certainly resilient. They have shown that numerous times this season, including their win over the Titans. It is rare for a team to allow nine sacks and still win.

So, you can’t discount Cincinnati’s ability to hang with and beat Kansas City.

Many of the Bengals’ key contributors throughout the roster have time on their side. So, the foundation is there to push the Chiefs in coming years. But in this matchup, the next step will elude them, just as it did Mahomes in his first playoff experience.

Brady is already eliminated, and his teams are the only teams to have Kansas City’s number at this time of year over the last four seasons. Until someone else makes their best shot count and adds their name to the list, the Chiefs are a worthwhile bet.

The 2022 Formula 1 season is only six races deep, but the race for this season’s championship alerady appears to be down to just two drivers. Last season, Red Bull driver Max Verstappen claimed his first Formula 1 World Drivers’ Championship in highly controversial circumstances, with Lewis Hamilton denied what would have been a record-breaking END_OF_DOCUMENT_TOKEN_TO_BE_REPLACED