Burfict Will Remain Out For Season In Oakland 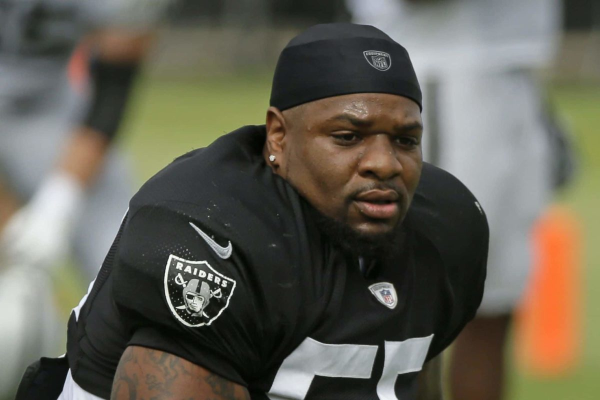 After a helmet-to-helmet hit on Colts tight end Jack Doyle in Week 4, Oakland linebacker Vontaze Burfict was suspended for the remainder of the season. Although many expected a reduced suspension to result from Burfict’s appeal, the suspension was upheld, and Burfict will now miss the final 11 games on the Raiders’ schedule.

The decision to deny Burfict’s appeal was handed down by appeals officer Derrick Brooks, who was jointly appointed by the NFL and NFLPA.

The infraction in question occurred in the first half of Oakland’s 31-24 win over Indianapolis in Week 4. The officials came together after flagging Burfict for a hit to the head on Doyle and eventually disqualified Burfict from the game.

This is the longest suspension the NFL has ever handed out for an on-field incident, citing the veteran linebacker’s history of unnecessary roughness penalties of a malicious variety.

After the Raiders defeated the Bears 24-21 in London over the past weekend, they have a 3-2 record and their sights set on a playoff berth. If they achieve that goal, Oakland will have to play postseason football without Burfict.

In total, the suspension will cost Burfict more than $1.1 million when taking into account the veteran’s roster bonuses and salary.

Burfict’s Road To A Record-Breaking Suspension

Oakland Raiders head coach Jon Gruden wanted Burfict’s hard-nosed style of play to lead the team from the heart of the defense. Instead, the longest-ever suspension for an on-field incident keeps the linebacker sidelined, and for good reason.

Burfict has earned a reputation as a dirty player after racking up several unnecessary roughness penalties and appearing to target the heads of defenseless players on more than one occasion. The hit on Doyle was simply the last in a series of dangerous plays.

One of Burfict’s most notable hits was on Steelers wide receiver Antonio Brown in a 2015 playoff game when Burfict was playing for the Cincinnati Bengals. The Steelers won the game, and Burfict was suspended three games to start the 2016 season.

A 2017 suspension was reduced from five games to three, but the repetitive nature of Burfict’s breaking of the rules via egregious hits, in addition to violating the league’s performance-enhancing drugs policy, has disallowed the linebacker from receiving a reduced suspension this time around.

Before the Doyle incident, Burfict’s last infractions occurred as recently as last season, when he was fined $112,000 for hits on Brown and James Conner of Pittsburgh.

Now, the Raiders are left with a hole in the middle of their defense for the rest of the season.

Can The Raiders Make The Playoffs Without Burfict?

With back-to-back wins over the Colts and Bears, the Raiders look like a solid team with legitimate postseason aspirations. Will the loss of Burfict put that goal out of reach?

Entering the season, the Raiders were given little chance of winning the division. With both the Chiefs and Chargers in the division, that’s no surprise. With odds of +1600 to win the AFC West, Oakland trailed Los Angeles (+220) and Kansas City (-200) by wide margins.

At this point, Oakland has improved its odds but still remains far back of the Chiefs, who own -600 odds to win the division. The Raiders (+800) sit just behind the Chargers (+700) now.

Now, Oakland’s odds remain the same, with the Patriots moving even further ahead of the pack.

So, while the Raiders aim to continue a short streak of wins as they go into Green Bay to take on the Packers in Week 7, Gruden’s team is still looking up at nine other teams with better odds to win the AFC.