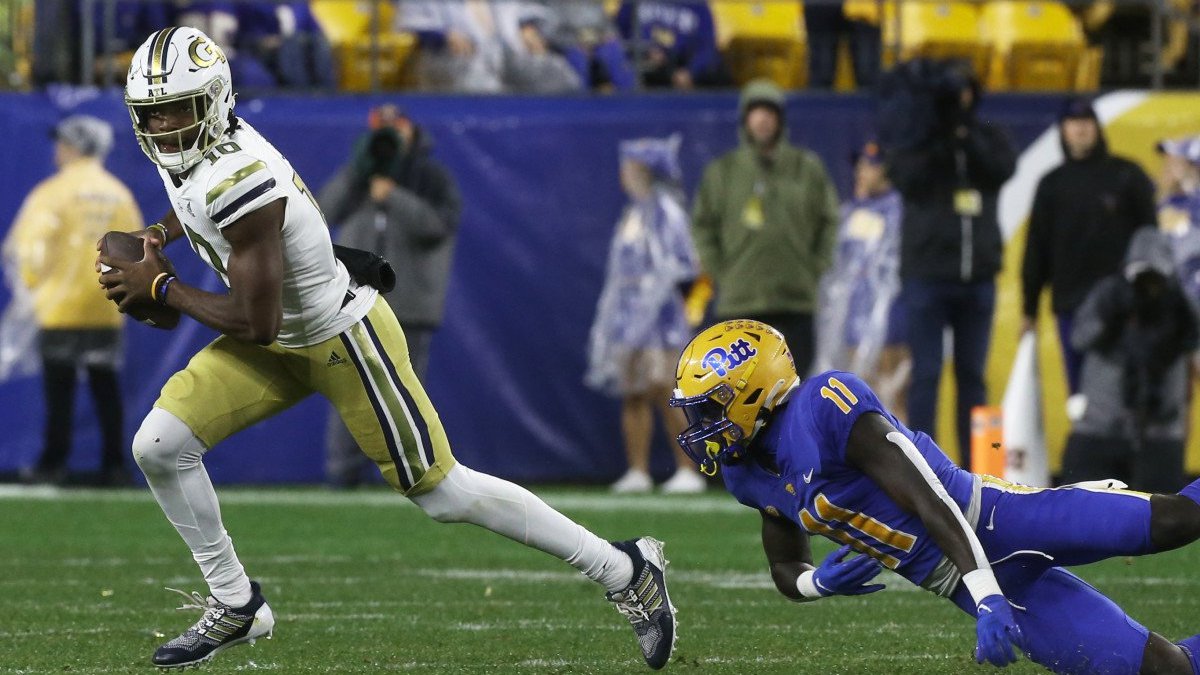 In-season coaching changes don’t always produce better results, but they are for Georgia Tech. Tonight, the Yellow Jackets will be going for their third straight win as they host Virginia in ACC action.

So far, Key’s audition for the permanent role couldn’t be going any better, as the Jackets upset then-ranked Pitt on the road and followed it with an overtime win over previously 4-1 Duke.

Following a week off, Georgia Tech is back in action tonight against Virginia, who also had last week off. But while things appear to be on the upswing for the Jackets, the Cavaliers are still searching for their first ACC win and trying to avoid a fourth straight loss.

Hiccups are to be expected with a coaching transition, but the Cavaliers are facing a serious fight to achieve bowl eligibility under new coach Tony Elliott.

Following this game, they have four straight home games, but their margin for error has been greatly diminished by their early struggles.

Quarterback Brennan Armstrong was expected to have another strong season, but through six games, he is completing only 55 percent of his passes, averaging only 6.5 yards per attempt, and has thrown more interceptions (7) than touchdown passes (5).

He did have his best game of the season yardage and completion percentage wise last time out in a 34-17 loss to Louisville, completing 24 of 34 passes for 313 yards, so there is that.

It was his first 300-yard game of the season after falling under 300 yards only once all of last season, but he threw two interceptions and lost a fumble, which the Cardinals turned into 17 decisive points.

He has been missing one of his key targets in WR Billy Kemp IV, who has played in only two games this season after catching 141 passes in the previous two seasons. Kemp is expected to play tonight, but how much will it help?

While Armstrong is struggling, Georgia Tech QB Jeff Sims was fantastic in their win over Duke two weeks ago. He was 22 of 34 for 227 yards and a season-high two touchdowns, and he ran for a season-high 95 yards on 17 attempts.

This all especially spells trouble because Virginia has had multiple turnovers in every game thus far this season, and Georgia Tech is tied for fourth in FBS in turnover margin at +8 (12 takeaways, four giveaways).

If things hold true to form, the Jackets will be able to control the clock and control the game to pick up a third straight win. And if Tech does control the game like I feel that they will, I like their chances of scoring their most points so far under Key.