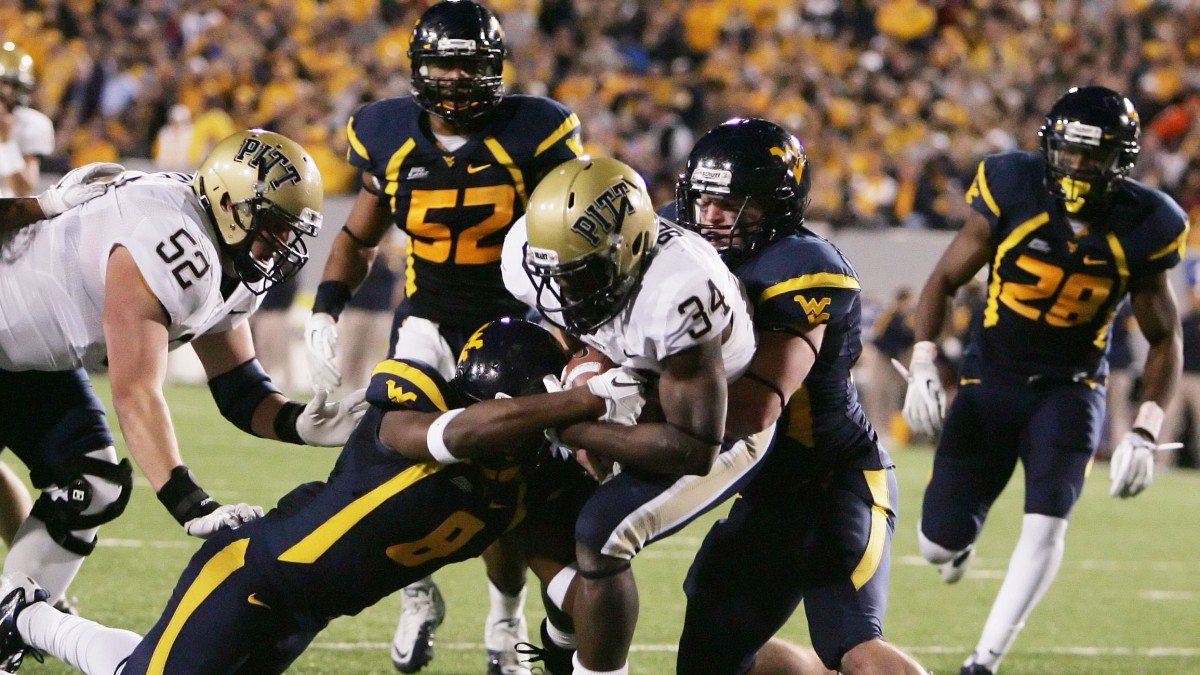 On Thursday night West Virginia will travel to Pittsburgh to play the Pitt Panthers to open the regular season. These two teams are very familiar with each other, as the rivalry dates back to 1917.

West Virginia is coming off of a 6-7 season, and a loss to Minnesota in the Guaranteed Rate Bowl. Pitt won the ACC Championship in 2021, but they fell in the Peach Bowl to Michigan State 31-21.

The Panthers are 7.5 point favorites on Thursday, and the moneyline is even more uneven than that. With Pitt opening at home, it will be a tall task for West Virginia to pull off the early upset.

Thee history between West Virginia and Pitt goes all the way back to 1917. The first matchup was won by Pitt 14-9, and they have controlled most of the series to this point.

Pitt leads the all-time series 54-35-2, but they have lost their last 3 games against West Virginia and 7 of 10 overall. However, these two teams will meet for the first time since 2011 when Pitt went to Morgantown, WV.

Since that time, the Big East had been disbanded, and both teams have moved on to different conferences. Pittsburgh will host West Virginia at their home stadium for the first time since 2004, as the previous 3 games at Pittsburgh were played at Heinz Field.

The series has been low scoring, with an average point total right around 35 per game. This should open the door for those Over/Under side bets and parlays this week.

It’s hard to say if there will be bad blood when these two get together because it has been so long. Due to the fact that they do not play in the same division, I would expect a tamer style of play than we had seen in the past.

Pitt is a much better team entering the 2022 season than they were in the 2010s. West Virginia will have to get everything right if they wish to extend their win streak in the series to 4 games.

The moneyline should be avoided in betting this matchup, as there isn’t much value in Pitt winning, and West Virginia is a decent sized underdog. Instead we will make our picks based on the spread.

You could take either team on the spread value wise, as they are dead even in the lines. However, I see a closer game, and West Virginia has won three straight against Pitt. They are also the underdog, who is 4-1 ATS in their last 5 meetings.

West Virginia also plays well in September, as they are 10-3 ATS in their last 13 September games. Focus on an upset-minded Mountaineers team who wants to start their season better than they finished 2021.