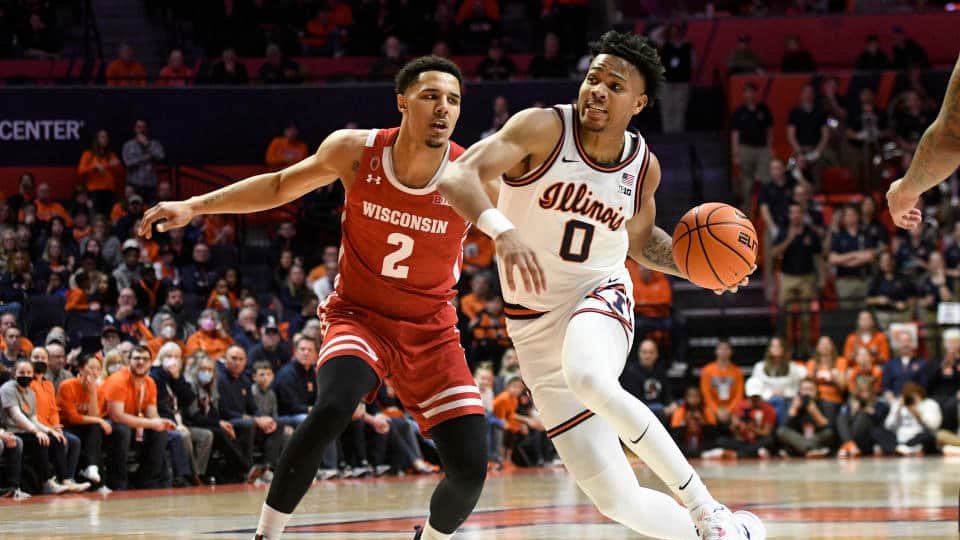 After picking up a much-needed win over Iowa on Saturday, Ohio State will look to pick up another valuable win tonight when they take on Illinois (7:00 pm ET/6:00 pm local time, ESPN).

The Buckeyes (11-8, 3-5 Big Ten) stopped a five-game losing streak with a 93-77 win over the Hawkeyes in Columbus on Saturday. Now they will attempt to end a three-game road losing skid and hand the Illini (13-6, 4-4 Big Ten) a second straight home loss following an 80-65 loss at home against Indiana last Thursday.

Will the Illini get back on track after seeing their four-game win streak come to an end? Read on for our Ohio State vs Illinois prediction, as well as our analysis and picks for tonight’s matchup at the State Farm Center in Champaign.

Odds are via FanDuel as of Tuesday, January 24, 2023, at 11:05 am ET. This article may also include odds from our other recommended legal sports betting sites.

In Thursday’s loss to Indiana, Illinois was undone mostly by two things. Or, more specifically, the same thing on both ends of the court.

The Hoosiers got a monster game from Trayce Jackson-Davis, who had 35 points, nine rebounds, five assists, and three blocks.

Things were also disastrous from the free-throw line, as Illinois connected on just 9 of 23 (39.1%) from the stripe.

It was just the second time in Big Ten play that the Illini shot below 50 percent on two-point shots, with the other being their 79-69 win over Wisconsin on January 7.

Also, Illinois has yet to shoot below 50 percent on twos in back-to-back games. So, it is reasonable to expect the Illini to shoot much better against Ohio State after the struggles against Indiana.

If they do shoot better, it bodes well for their chances to get the win tonight.

If Illinois shoots the ball better tonight, which I expect them to, then they are likely to win and score more than 73 points.

Also, the Illini are 9-2 SU and 7-4 ATS in true home games, so I like my chances with backing them to cover a smallish spread, especially against the Buckeyes, who are 1-5 SU and ATS as an underdog this season.

Any Illinois win is likely to come another performance from Terrence Shannon Jr., who is fifth in the Big Ten in scoring at 18.1 PPG.