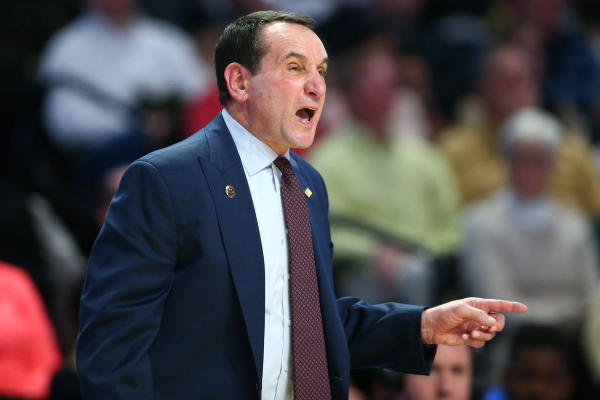 The top 2 seeds in the East Region of the NCAA Tournament have made it all the way to the Elite 8 in Washington, DC. The 2-seed Michigan State Spartans have really coasted to this matchup with major wins over Minnesota and LSU after getting a little bit of a scare from 15-seed Bradley in the first 35 minutes of their first-round game. Michigan State has looked like a balanced, well-oiled machine and I cannot wait to see them play someone of their caliber. Duke, on the other hand, has survived two straight last-second shots to get to this game. Duke is still the favorite to win the tournament heading into the Elite 8, but they have not made their backers comfortable on the way to this point.

Izzo Back and Ready

The Spartans have been incredibly impressive, but I do think this play can be a little oversold because it’s basically what I thought would happen. Everyone will look at their win over LSU as proof of how good they are. I agree that this was an impressive win, but I have been really low on the Tigers all tournament and I was relatively surprised that they were able to escape their first two games, which I thought they got outplayed in. The comforting thing about what Michigan State has done is that they have taken care of business for the most part. This team plays like a complete team and there are not too many holes to poke in the team structure, which is always an overlooked aspect of analyzing a matchup.

MichiganState gets one of the toughest matchups in the tournament due to the Blue Devils absurd athleticism. The Spartans are not loaded with elite wings like Duke is, but they do have multiple solid wing players and will start 3 players over 6’6 to counteract some of this athleticism. It is also important to note that you could argue that the Spartans best big is coming off the bench. I would not be surprised to see Xavier Tillman get into some foul trouble with how much Duke attacks the paint, but Ward is the more dominant offensive player anyways.

The matchups to watch in this game is Cassius Winston vs. Tre Jones. Jones is one of the best on-ball defenders in the league and we have seen him lock down multiple elite guards in different games this season. Winston is one of the best point guards in the country and is the clear leader for the Spartans out on the court. If he cannot get it going, we could see Sparty really struggle to get into rhythm. Jones has not been a great scorer all season, including his 1-8 3-point shooting performance that almost cost Duke the UCF game, but he was spectacular against Virginia Tech. Jones scored a career high 22 points and Michigan State cannot handle that from Jones again. Barrett and Williamson will get their points one way or another, but Michigan State needs to do whatever they can to limit the rest of the Blue Devils rom hurting them.

The injury status on Cam Reddish is still unknown and will likely not be known until just before tip-off. If the reports on Reddish’s injury are correct, the decision to play will likely come down to Reddish himself. Tendinitis can pop up and hurt more one day than the next, so that is why we likely won’t see how Reddish is feeling until game time. If Reddish doesn’t play, it will be a big break for the Spartans, who would’ve likely had to put Matt McQuaid on him, which would have been the best matchup on the floor for the Blue Devils.

This should be one on the best games of the tournament and I cannot wait to watch this matchup. I think the key here is that Duke should be advantaged in every matchup compared to a standard game and I think that wins this game for them in a slightly more convincing fashion than their previous two. I don’t mind taking the money line on the Blue Devils just to avoid the bad beat like is bound to happen, but I like Duke -2 on Sunday afternoon.