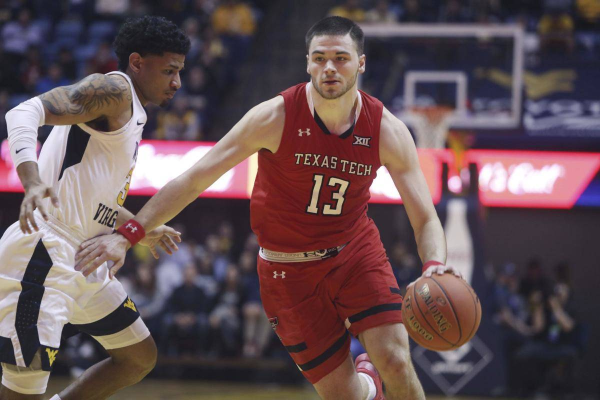 The Oklahoma Sooners head to Texas Tech to take on the Red Raiders in a ranked conference showdown. Both teams come into this game exceeding expectations. Oklahoma has only lost two games in the season, but I would argue that they lacked competitiveness vs. the two best opponents. The score vs. Kansas wouldn’t really indicate this, but Kansas had that game won early and kind of let up to let Oklahoma back into the game. Oklahoma got thoroughly thrashed by Wisconsin as well, which was probably the second best team they had faced all year long.

Texas Tech can say similar things. They lost to Duke, but it wasn’t a bad showing by any means. Texas Tech held their own and competed with Duke, but probably never really had a chance to win the game. Other than that, Tech’s schedule has been rather weak, and their record reflects that. That being said, they have done what they should have done and taken care of business as good as they could.

Oklahoma is led by senior guard Christian James. James is averaging 6 points more than the second leading scorer on the team, which is a pretty sizable amount. Obviously, Oklahoma had rather large shoes to fill with the loss of Trae Young. Young wasn’t the best college basketball player ever, but his importance to his team was incredible. It was a great job by the coaching staff to concede that one particular player was the best shot they had to become a special team. Although Young eventually struggled down the stretch more than early in the year, the coaching decision to allow Young to make a ton of mistakes while playing in big-time games gives me extreme confidence in the coaching staff moving forward.

Allowing Young to basically single-handedly win or lose games is a rough strategy for a lot of coaches to adapt even when it is the correct one. With Young playing like an average starting point guard, Oklahoma would never have won some of the big games. I give a ton of credit to the coaching staff, and I am not surprised that Oklahoma is outperforming expectations again this year. The key for Oklahoma to stay in this game will be shooting. Texas Tech has been one of the best defensive teams in the country. They haven’t allowed over 69 points all season long. Oklahoma has only scored less than 70 points in four games this season. They are 2-2 in those games, and the wins were close games throughout.

Texas Tech also has a significant leading scorer in Jarrett Culver. Culver is averaging 18 points per game while the rest of the players are each under 11 ppg. This stark contrast in outputs generally makes a team easier to defend, and I think that has shown in some big games. Culver’s coming out party was when he scored almost half of the team’s points against an elite defender. However, that showing on a national stage has put teams on notice. The biggest red flag was last game vs. Kansas State at home, where Tech only won by 6 points, mostly because their leading scorer couldn’t even get to half of his season average. If Culver struggles here, look for Oklahoma to be in the game the entire time.

I expect this game to be close throughout simply because Texas Tech keeps games so low scoring that 8 points is a bigger winning margin than it looks. If Texas Tech can execute how they want on offense, which I believe they will, I think they will pull away with a scoreless stretch from Oklahoma. My favorite play in this game is probably TT moneyline, but I’ll stick with the Red Raiders (-7.5).