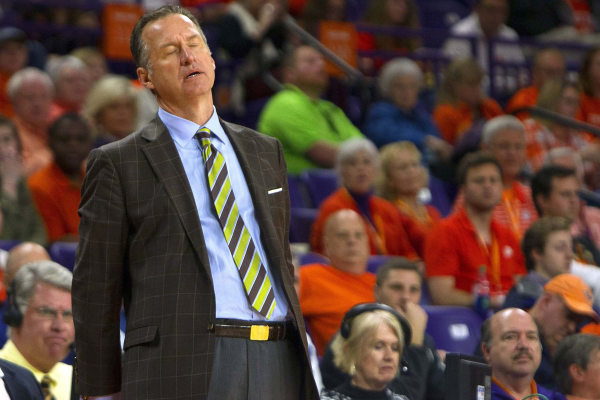 With the college football season getting underway, it would have been easy to miss all the news coming out of the college basketball world over the past week. Of course, none of the news is anything good or positive. But it’s important nonetheless. Let’s catch up on some of the headlines you may have missed.

The Bad Kind of Tampering

It seems like every week we learn more about the scandal involving the Louisville basketball program. According to court documents released last week, former Louisville assistant Kenny Johnson “influenced” Michael Bowden, the former Director of Basketball Operations for the Cardinals to hide the fact that Christian Dawkins was in attendance during the unofficial visit of former prized recruit Brian Bowen. Dawkins, of course, was at the center of the FBI’s investigation into college basketball.

Bowden says he initially complied with Johnson’s request to omit any mention of Dawkins being in Louisville while Bowen was visiting the campus. David Padgett, who served as Louisville’s interim coach last season, also backed up the claim that Johnson attempted to “influence” Bowden. After learning of the FBI’s investigation into the role Dawkins had as it relates to Bowen, Louisville’s compliance office told Bowden to change the form to show that Dawkins was present during the visit. Johnson is somehow employed as an assistant coach at LaSalle.

Speaking of the FBI’s investigation into college basketball, one of the 10 men arrested by the FBI last September following that investigation has pled guilty in court. MunishSood, the CEO of a financial advisory firm in New Jersey, was accused of bribing three assistant coaches so that they would tell players to hire him as their financial advisor after going pro. In 2017, Sood formed a sports management firm with ChristianDawkins (mentioned above) and Andy Miller, an agent.

Sood pled guilty to conspiracy to commit bribery (a felony), honest services fraud, and wire fraud conspiracy, among other charges. His plea all but confirms that he reached an agreement with the U.S. Attorney’s Office to testify against at least a few of the other men who were arrested last fall in relation to the FBI’s college basketball investigation.

The NCAA will be in a California court Tuesday defending its amateurism rules. The case against both the NCAA and the 11 conferences that play high-level football has been formed by several plaintiffs coming together, including former college football players. The plaintiffs want compensation beyond traditional scholarships for football and basketball players to be determined separately by each conference, essentially creating a free market.

The NCAA remains confident in its counter-argument that these rules are vital to giving scholarships and educational opportunities to countless student-athletes across all sports. The case is expected to last two weeks. Judge Claudia Wilken, who ruled in Ed O’Bannon’s case against the NCAA, will preside in this case as well. A ruling isn’t expected until December or January.

“Allowing paid professionals to replace student-athletes on college campuses would change the face of college sports as we know it,” says NCAA lawyer Donald Remy.

A Pain in the Gut

Finally, some on-court news, not that it’s good news for the MemphisTigers. Guard Jeremiah Martin has been sidelined for at least four to six weeks while he recovers from hernia surgery. It seems unlikely that he’ll be ready for the start of preseason practice at the end of the month. However, there’s every reason to expect Martin to be fully healed by the time the Tigers begin their campaign on November 6. Martin averaged 18.9 points per game last season while also leading Memphis in steals and assists, helping earn him second-team all-conference honors.

Also on the injury front, USC freshman guard Elijah Weaver is expected to be out at least three months after undergoing ankle surgery. Weaver suffered the injury recently, requiring an operation to address the tissue that supports his ankle tendons. With a three-month timeline, there’s no doubt that Weaver will miss the early part of USC’s schedule. Weaver is part of a highly-rated freshman class joining the Trojans this season. He’s expected to help out Derryck Thornton Jr. with some of the point guard duties.