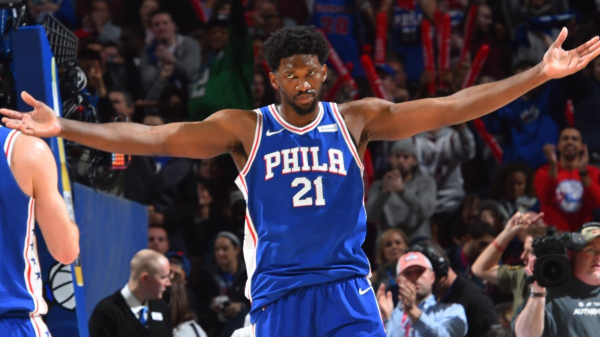 Wednesday night features an NBA matchup of the Eastern Conference versus the Western Conference as the Philadelphia 76ers (5-1) travel to Vivint Smart Home Arena to take on the Utah Jazz (4-3). Both of these teams are coming off of losses. For the 76ers, after winning five in a row to open the season, they lost in their last game 114-109 on the road against the Phoenix Suns. The Jazz come into this one actually having lost two in a row, with losses to the Sacramento Kings (102-101) and the LA Clippers (105-94).

The 76ers, who currently hold a share of first place in the Eastern Conference, will look to hold that spot, while the Jazz hope to rise amongst the ranks as they currently sit ninth in the West. While it is far too early to focus on the standings, every game matters, especially as the season progresses. Tipoff for this one is scheduled for 9 pm ET.

In the matchup, the Utah Jazz come in as two-point favorites playing at home. The over/under for total points scored is set at 212.

76ers Rolling To Start The Season

The Philadelphia 76ers wasted no time getting off to a fast start, winning their first five contests of the season before losing to the Suns. Relying on the play of Joel Embiid, Ben Simmons and Tobias Harris, they have quite a formidable starting rotation to have to contend with. In terms of points, Embiid, who has played in only three of the six games thus far, has led the way. He is currently averaging 23.3 points per game on 51.1 percent shooting. He is also averaging 10.3 rebounds, 1.3 steals and 3.3 assists per game.

Jazz Hope To Get Big Win

In the first couple weeks of the season, there truly aren’t any “big” wins for the NBA. Still, at 4-3, it would be a pretty decent signature win if the Jazz were able to knock off the 5-1 76ers at home. To do so, the Jazz will turn to Donovan Mitchell and company to get the job done. Mitchell has had a really nice start to the season thus far. Through seven games, he is averaging 25.7 points on 52 percent shooting. He is also averaging 4.7 rebounds, 3.3 assists and two steals per game. If he can keep up this pace, he will lead the Jazz to a considerable amount of wins this season.

In addition to Mitchell, Bojan Bogdanovic has also had a really nice start to the season. He is averaging 20.2 points on 49.4 percent shooting (including 45 percent from three). Bogdanovic is also averaging 4.2 rebounds and 1.8 assists per game. Other notable players include Mike Conley (12.4 points, 3.9 assists), Rudy Gobert (10.9 points, 12 rebounds) and Emmanuel Mudiay (nine points, 3.5 assists).

Too Close To Call, Taking The Points

Both of these teams are coming off losses, so neither one necessarily has momentum coming into this game. The Jazz are playing at home, where they are 3-0, but the 76ers have been a solid 3-1 on the road. Really, this comes down to the 76ers, who are solid but not spectacular on both sides of the ball versus a Jazz team that has been really solid defensively but needs some players to pick it up to support Mitchell and Bogdanovic on the offensive end.

I don’t love but don’t hate either team in this matchup, so it leads me to go with the points. It is not too often that a 5-1 team is an underdog, but that is exactly what Philadelphia is. With that in mind, I will take the 76ers at +2 in this one.