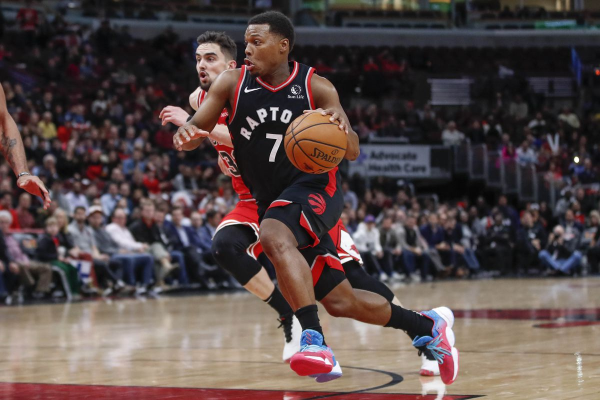 Wednesday night’s NBA DFS slate is an action-packed one, with nine games and a lot of impactful injury news to consider. Always make sure to keep your eye out for more news and think about how that will impact the slate before building, as something new is bound to come out before lock this evening.

I expect both Pistons to play, which will keep me off of all of them entirely in a tough matchup vs. Toronto, but I would be interested in either Drummond or Griffin if we get news that one is playing and the other is sitting.

Towns is a toss-up to me right now, but I would love Andrew Wiggins, Gorgui Dieng, and Jeff Teague in that order in Towns’ absence.

Kyle Lowry is one of my favorite point guard cash plays on the slate due to his minutes and role in the Toronto offense. Fred VanVleet is listed as questionable, and him being out would only be a bonus for Lowry in this spot. Lowry has elite upside and one of the best floors on the slate.

Another injury situation to monitor is the Pelicans with JJ Redick most likely out after missing Tuesday night’s game due to injury. This should lead to Lonzo Ball playing 32 to 36 minutes in a good matchup, and he is about a 1 FPPM producer in his career. I expect Ball to start and be one of the best raw values on the slate with elite upside as well.

I am not a big fan of the shooting guard position in general Wednesday night, so I will likely be attempting to spend down when I can. One of my favorite options on both major sites is Malik Monk just $300 off the minimum.

Monk has been in and out of the rotation this season, but after two straight 25-plus-minute games where he performed well, I expect him to maintain this role for the next few games, at least. Monk is an elite scorer, and he is not afraid to shoot at all.

While I am not expecting him to shoot 9-of-12 like he did last game, I think the spot vs. Cleveland is as good as it gets and provides a nice upside spot for a cheap price.

Gordon Hayward is my favorite small forward on the slate because of his raw upside compared to the rest of the position in this spot. Dallas is not afraid to get up and down, and I expect Hayward to see a lot of time without Marcus Smart again.

While Hayward isn’t a fantastic cash play because he doesn’t have to dominate the ball, I think that Hayward is generally underrated coming off of his injury and provides a similar upside to guys like Brandon Ingram and Tobias Harris at a cheaper price tag.

Kristaps Porzingis is just underpriced for his new role in the Mavericks’ offense, and he is one of my favorite spend ups on the entire slate. Without Luka Doncic on the court this season, Kristaps averages over 54 fantasy points per 36 minutes.

Porzingis averages six more shots per 36, including three more threes, along with a 45 percent increase in rebounds without Doncic on the floor. He is a $9.5 to $10K player on both sites without Doncic.

I will likely be overweight on whichever player is the starting center on the Minnesota Timberwolves Wednesday night, whether it be Towns or Dieng. The spot is great, and I expect Towns to be under-owned if he does play due to the questionable designation.

I am a big fan of a lot of centers Wednesday night and will likely be playing multiple on sites where I can. I really like both Nikola Jokic and Hassan Whiteside at the top end due to their recent increase in usage that has them underpriced on most sites. Jokic’s matchup is much worse, but the blowout risk for me makes them similar plays.

If you want to save money at center, take a look at Marc Gasol against Drummond. Drummond isn’t a great matchup to target, but Nick Nurse has recently shown that he will use Gasol for extended minutes, and this is the perfect spot to get 32-plus minutes from Gasol.

Gasol is the much better matchup vs. Drummond than Serge Ibaka, and I expect the Raptors to ride him heavily Wednesday night.