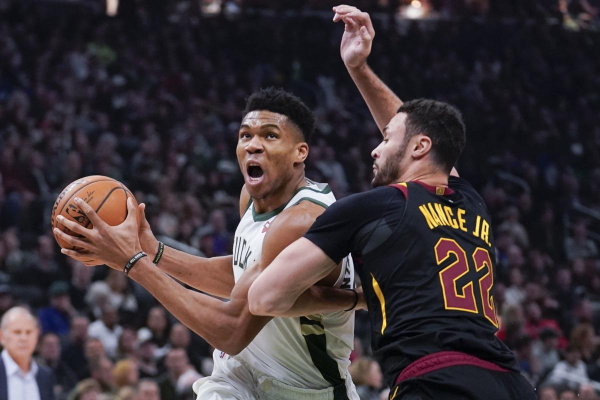 Thursday night features an NBA matchup of the best teams from each conference as the Western Conference’s Los Angeles Lakers (24-4) travel to the Fiserv Forum to take on the Eastern Conference’s Milwaukee Bucks (24-4). While both teams hold comfortable leads in their respective divisions, this could be an early barometer of how they might stack up in the postseason and certainly would be a signature win for whichever team comes out victorious.

The Lakers come into this one having won seven of their last eight games; however, their lone loss was a 105-102 setback against the Indiana Pacers on Tuesday. Still, with a 3.5-game lead over the LA Clippers in the West, they have built a steady cushion through the dominant play of LeBron James and Anthony Davis.

The Bucks had actually won 18 games in a row before seeing their winning streak snapped by the Dallas Mavericks on Monday. Now, after having a few days off, they will look to restart a new streak and continue to build on their four-game lead over the Philadelphia 76ers.

The Bucks come into this one as 4.5-point favorites playing at home.

While the Lakers have been pretty dominant regardless of the venue, they have been especially solid on the road, where they have gone 14-2. A large part of their success is due to the two-headed monster that is James and Davis.

The Bucks have been relatively unstoppable in the Eastern Conference, and it is partially because they have arguably the best player in the NBA on their squad. Giannis Antetokounmpo has been absolutely sensational this season, averaging 31.7 points on 56.7 percent shooting, 12.8 rebounds, 5.3 assists and 1.3 steals per game.

Outside of the “Greek Freak,” Khris Middleton is contributing 18.1 points, 5.4 rebounds and 3.5 assists, while Eric Bledsoe is averaging 15 points, 4.9 rebounds and 5.7 assists.

Taking The Lakers And The Points

Honestly, I could see this one going either way as there are superstars on both sides that could easily take over the game. With so much star power, I am inclined to take the points in this one, especially with a spread of 4.5 points. It would not shock me if the Bucks win, but for my money, I am taking the Lakers and the points.