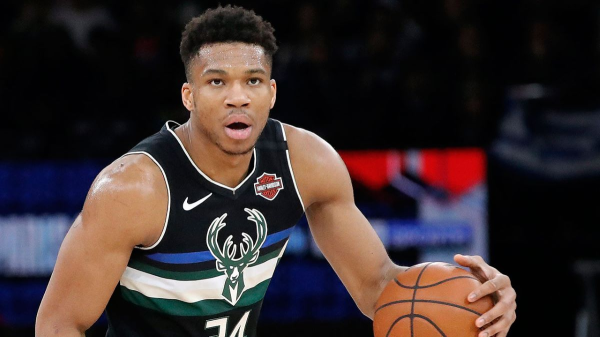 Tuesday night features a matchup of East versus West as the Milwaukee Bucks (42-7) travel to the Smoothie King Center to take on the New Orleans Pelicans (20-30).

If the season ended today, these two would be on opposite ends of the spectrum when it comes to the postseason. Milwaukee currently sits atop the Eastern Conference with a 6.5-game lead over the second-place Toronto Raptors.

New Orleans, on the other hand, sits in 11th in the Western Conference, five games behind the Memphis Grizzlies for the last playoff spot. Both of these teams will be looking for the win Tuesday, with tipoff scheduled for 7:30 pm ET.

The Bucks come into this one having won 10 of their last 11 matchups, including a 129-108 win over the Phoenix Suns on Sunday. Led by Giannis Antetokounmpo, the Bucks not only have top-end talent but depth on the team as well.

In Sunday’s victory, Antetokounmpo led the Bucks with 30, but they had four others who scored in double-digits, including Khris Middleton with 25.

Contending for the postseason was never really the goal for New Orleans this year. This season was about developing, using the assets the Pelicans acquired from the Anthony Davis trade and building around star rookie Zion Williamson.

Given that Williamson came to the party late due to injury, the Pelicans have to be happy with their recent play. Coming into this one, they have won three of their last four, with their lone loss in that stretch being a 117-109 loss to the Houston Rockets on Sunday. In that game, Williamson had 21 points and 10 rebounds.

The Bucks come into this one as six-point favorites despite playing on the road. The over/under on total points scored is set at 245.

The Bucks have been the best offensive team in the league this season, averaging 120 points (118 on the road). New Orleans is sixth in the NBA, averaging 115.1 points per game (118 at home).

Forty-nine games into the season and Milwaukee has lost just seven of those contests. Let that sink in for a moment, as the Bucks have been off to just a torching start to the season. Their unbelievable play has been in large part due to the stellar play of forward Giannis Antetokounmpo.

On the season, the “Greek Freak” has been averaging 30 points, 13.1 rebounds, 5.8 assists, 1.1 steals and 1.1 blocks per game. Not only has that put his team atop the standings, but it is also putting Giannis squarely in the MVP discussion for this season.

While Williamson is still just scratching the surface of his NBA career, early on, he is showing that he belongs. To date, Williamson is averaging 19.5 points, 8.2 rebounds and 1.7 assists per game. While that doesn’t lead the team, he certainly is showing why he was the No. 1 overall draft pick.

Leading the way offensively for the Pelicans has been All-Star Brandon Ingram, who is averaging 24.9 points, 6.4 rebounds and 4.3 assists per game.

Undeniably, both of these teams do a phenomenal job scoring. The problem, though, is only one of them has shown an ability to play defense this season.

As the Pelicans rank almost last in scoring defense, they are going to have to try to outslug most opponents on the offensive end. Against a lot of teams, that gives them a fighting chance, but when going against the best scoring unit in the league, it is a tall task when the defense is almost non-existent.

For my money, I am taking the Bucks despite laying six points and playing on the road.