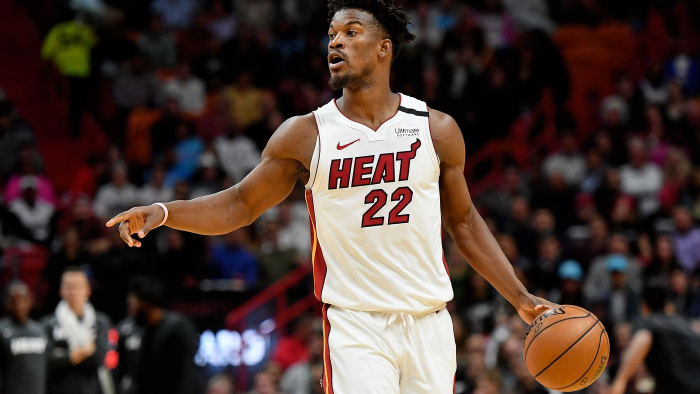 Three Eastern Conference teams trail the Bucks by between eight and 9.5 games. Two of those teams will do battle Tuesday night in Miami as the Heat host the Boston Celtics.

There’s plenty of jockeying going on near the top of the conference standings, and a surprising Heat team finds itself tied atop of that race to earn the second seed with Toronto. But if they want to keep that lead, they’ll need to take care of business at home against Boston, which currently owns the fourth seed.

While many expected Philadelphia to be in the mix for the conference lead, the 76ers at the bottom of the list of six teams who figure to contend for the Eastern Conference crown. Instead, it’s Toronto that owns a record of 32-14 and is currently tied with the Heat for the second seed.

With a victory Tuesday night, the Heat would create a bigger gap between themselves and the trio of Boston, Indiana, and Philadelphia, and potentially push ahead of Toronto, which will play Atlanta on Tuesday. With a loss, the five teams sitting on 30 to 32 wins would grow even tighter.

Let’s see who has the edge in Tuesday night’s big contest.

Celtics Versus Heat: By The Numbers

The 30-15 Celtics can boast a winning record on the road with a mark of 12-10, but the Heat have been dominant at home. When playing in Miami, Erik Spoelstra’s team is an impressive 21-2.

Boston has plenty of talent, but it will need to rebound from a bad loss after falling to the Pelicans by a score of 123-108 Sunday. If they’re going to win Tuesday, the Celtics will need to shoot better than their 8-for-32 performance from beyond the arc against New Orleans.

Miami will be playing the latter leg of a back-to-back after taking down the Magic by a score of 113-92 Monday night. This will also be the Heat’s third game in five days, and the finale of a five-game homestand.

We’ll have to wait and see if Jayson Tatum will be back on the court for Boston and if Kendrick Nunn will be back for Miami. Both players were absent for their teams’ most recent contests.

Will Butler Lead the Heat to Victory?

Thus far, Jimmy Butler has led Miami by averaging 20.3 points, 6.9 rebounds, and 6.5 assists per game. He’ll likely need to be at the top of his game if the Heat are going to take down a good Celtics team Tuesday.

According to the odds, we’re in for a good game. Despite playing on their home floor, the Heat are just 2.5-point favorites over the Celtics Tuesday night.

If Miami can get the victory, it will, at worst, keep pace with Toronto for the second seed in the conference. But despite owning a home record matching that of the conference-leading Bucks, this Heat team is still failing to receive any credit as a contender in the Eastern Conference.

Although Miami sits tied for second, it is fourth on the list of favorites and a relative longshot with odds of +1000 to win the conference. While Milwaukee is a clear and obvious favorite at +110, should Philly (+300) or Boston (+600) have better odds than the Heat?

And when it comes to winning the NBA Finals, Miami isn’t even in the conversation despite being tied for the third-best record in the league. At +4200, the Heat own the 11th-best odds to win it all.

Miami still has plenty to prove this season, and a win Tuesday night would go a long way in doing so.