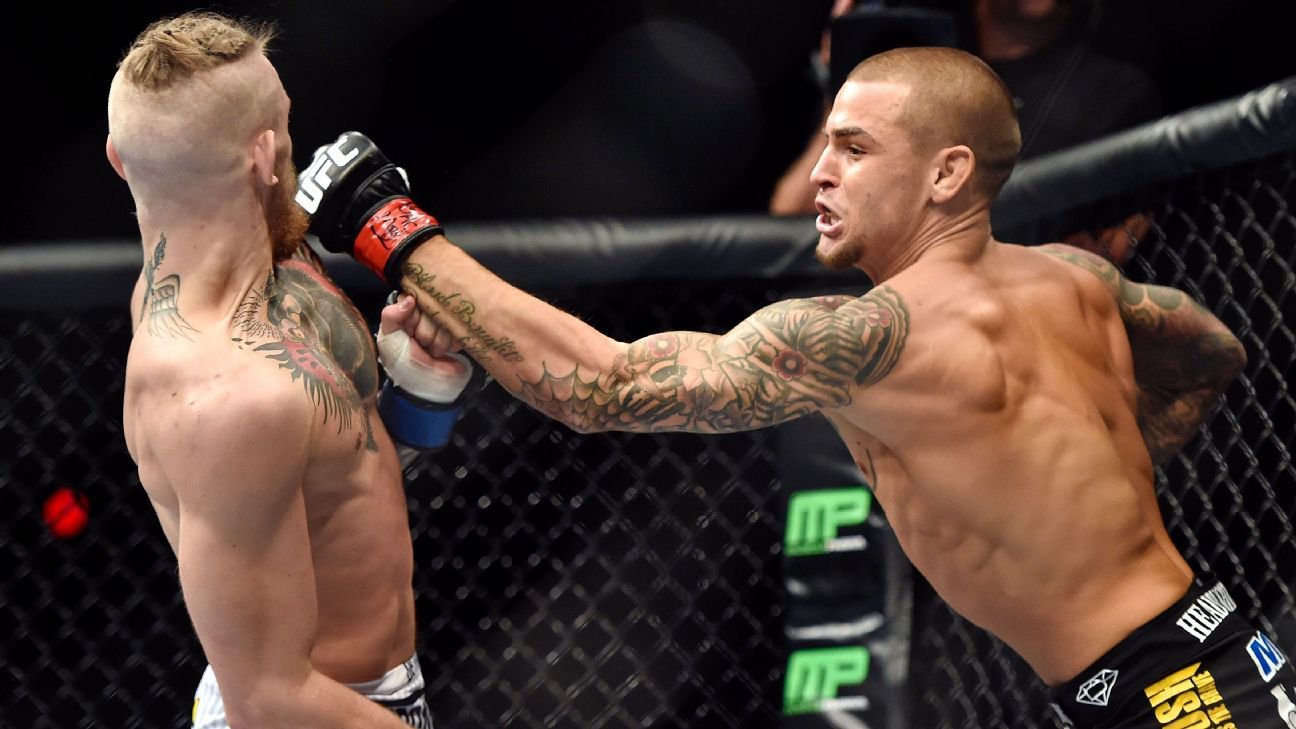 The wait for Conor McGregor’s return to the UFC octagon is finally over. The Irishman is set to take on Louisiana’s Dustin Poirier in a rematch bout in the main event of UFC 257.

It’s been a year, almost to the date, since we last saw Conor McGregor fight in the UFC. He made quick work of Donald Cerrone at UFC 246 on January 18th of 2020. Now just one year and five days later he’s back to take on Dustin Poirier in what promises to be an absolute banger. The two fighters fought once before, back in September of 2014 when McGregor TKO’d Poirier in less than two minutes.

Both fighters have gone on to become champions since they last faced each other and now with Poirier being the number two ranked lightweight fighter in the world he more than deserves a rematch against the number four ranked Conor McGregor.

Last time the two fought, the fight took place in the UFC’s home of Las Vegas but this time they’ll be competing at the UFC’s brand new second home, UFC Fight Island. Since the pandemic has made it difficult to hold events in the United States, the UFC opened up a venue on Yas Island in Abu Dhabi and dubbed the location “Fight Island”. This will be the ninth UFC event to be hosted at Fight Island but Poirier has fought here once already when he lost to Khabib Nurmagomedov back in September of 2019.

FanDuel has McGregor listed as the -290 favorite which isn’t too far off his closing odds of -275 last time he fought Poirier. “The Diamond” is set as the +235 underdog in the rematch.

There are two main questions heading into this fight that will determine the outcome of this marquee rematch.

The first question is, exactly how much has Dustin Poirier improved since their first fight six years ago? Getting TKO’d in under two minutes is the exact opposite of what you’d consider a “close fight”. Has he improved enough to make it competitive the second time around?

Since that first fight, Poirier has gone 10-2 (1 NC) with his only losses coming against Michael Johnson and the lightweight champion, Khabib Nurmagomedov. His boxing has taken a significant leap forward and his ability to absorb strikes seems to be improved since he moved up a weight class, but his susceptibility to get hit may cause him trouble against McGregor once again. It’s important to note that since the original fight, Poirier and McGregor have faced two common opponents; Eddie Alvarez and Khabib Nurmagomedov. Both fights ended in similar fashion as well as they both TKO’d Alvarez in the second round and both were also finished by Nurmagomedov. McGregor managed to last one more round against the Russian champion as he was submitted in the fourth round while Poirier was submitted in the third.

The other question on everyone’s mind is which version of Conor McGregor will we see on Saturday night. Will we get the focused, steely-eyed version that we saw knock out Jose Aldo in 13 seconds or will we see the unhinged and undisciplined version that showed up against Khabib Nurmagomedov?

Unfortunately for us bettors, we won’t get an answer to those questions until the bell rings and the first strike is thrown.

While anyone who has any inkling of an interest in combat sports will be anxiously awaiting the main event of UFC 257, the hardcore fans of the sport may be just as excited for the co-main event. Michael Chandler, the longtime champion of the UFC’s rival promotion Bellator, is making his UFC debut against one of the most exciting fighters on the roster.

Chandler enters the UFC with a 21-5 record as a professional. His last fight was a KO win against Benson Henderson. It was the second time he defeated the former UFC champion as he also defeated Henderson back in November of 2016. Chandler is hoping to find the same success that his former opponent, Eddie Alvarez, had when he flipped promotions over to the UFC. After going 1-1 in two fights against Chandler, Alvarez transitioned to the UFC where he went on to be their lightweight champion.

Dan Hooker, who enters the fight on a 7-2 run, will be looking to put a damper on Chandler’s UFC debut. A win would put “The Hangman” back in the title discussion after losing to Dustin Poirier last summer.

Joanne Calderwood and Jessica Eye are set to throw down on the main card in hopes that a win will vault them into an opportunity to fight Valentina Shevchenko for the UFC women’s flyweight title. Eye will seek a potential rematch with Shevchenko after losing via 2nd round KO to her in June of 2019. Calderwood has yet to fight for a title since entering the UFC in 2014. Both fighters lost their only appearance in the octagon in 2020 as Calderwood lost to Jennifer Maia via submission and Eye lost to Cynthia Calvillo via unanimous decision.

Calderwood is no stranger to fighting in Abu Dahbi as her 2019 win against Andrea Lee happened at what is now known as “Fight Island”. Eye has fought outside of North America just once when she beat Jessica-Rose Clark at a UFC Fight Night card in Singapore in 2018.

“JoJo” has gone to the judges scorecards in six of her eleven UFC fights and “Evil” Eye has gone the distance in eleven of her thirteen fights inside the octagon.