Namajunas vs. Esparza UFC 274 Betting: Champion to Battle Through a Tough Night in Phoenix 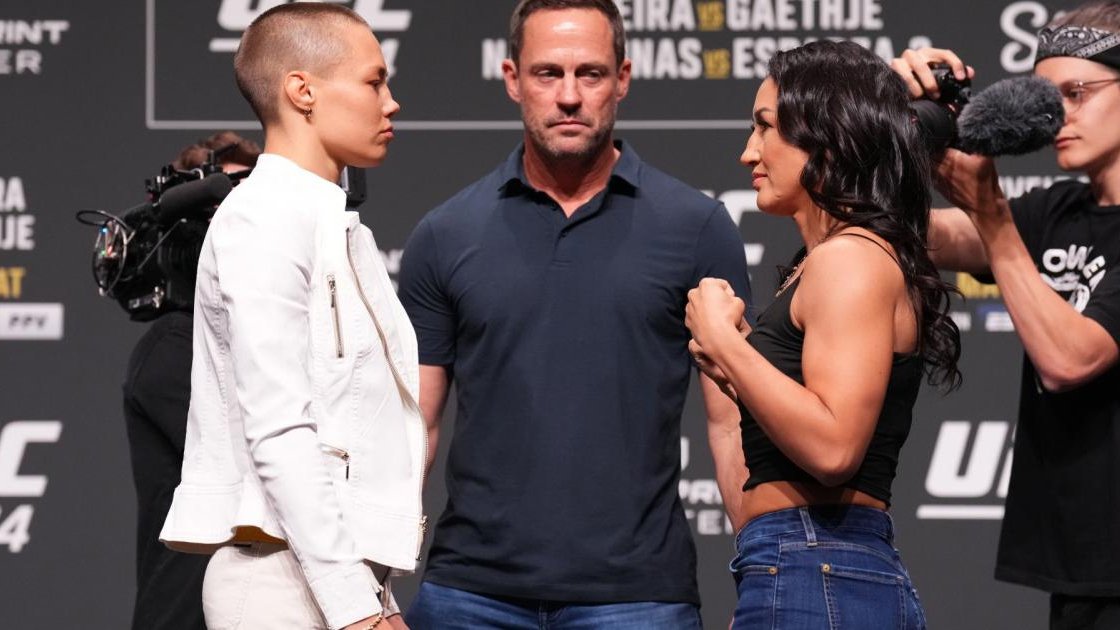 Rose Namajunas defends her women’s strawweight UFC Championship belt against the challenge of Carla Esparza in the chief support on UFC 274.

The main event pairs Charles Oliveira and Justin Gaethje for the lightweight UFC Championship as the current keeper of the belt defends against a former champion. The headline act promises to be a thrilling contest, but the chief support won’t be easily overshadowed.

Rose is the current champion, but in Carla, she takes on what has been billed as the toughest test of her career. Will she come through this fight unscathed, proving herself to be one of the best fighters in the promotion?

The top betting apps believe so and are backing Namajunas for a win, but we can’t write off the challenger. This is the fight game where anything can – and often does – happen.

Our team of MMA reporters and sports betting experts aim to help ramp up your enjoyment of the show. We have studied the form of both fighters, analysed the betting odds and made out expert predictions.

Namajunas will enter the octagon with the UFC Championship belt, encouraged by a three-fight winning streak. During that purple patch, she has beaten Jessica Andrade by split decision on UFC 251, then dealt with Zhang Weili in the opening round of their match-up on UFC 261.

We last saw Thug Rose compete on UFC 268 in November of last year in New York City when she franked her earlier form by beating Weili in a rematch. In the most recent match of the two, Rose was taken the distance by her opponent but did enough to impress the judges, who awarded her a split decision.

Concentrating on those three bouts, we note the champion has been somewhat fortunate on the scorecard, with the points wins over Andrade and Weili being as close as can be. A strong argument could be made for the beaten fighters in each contest.

Namajunas must rediscover the form that saw her stop six previous opponents before her luck rounds out, and she loses the title she has worked so hard to earn. Her professional record reads 11 wins against four defeats, five wins by submission, four by decision, and only two KOs.

Her four losses are broken down into two by decision, one by KO and one submission and her last defeat was inflicted inside the distance. Jessica Andrade stopped her on UFC 237 with a slam, so Rose won’t want to get drawn into a slugfest.

The oddsmakers covering this fight are happy to trust the champion with the winning run but is that the smart move? This looks sure to be a competitive contest and the toughest bout of Rose’s career, so many bettors will be happy to take the traders on.

Those who decide to stick with Namajunas and back her to successfully defend her title will be interested in learning that three of her last four wins have come on the scorecards. She has knocked out only one opponent since 2017, and that was Weili.

Esparza is an American born mixed martial arts fighter from California with a professional record of 18 wins against six defeats. She has stopped eight opponents – four by KO and four by submission – but the stat that caught our attention was the decisions.

The 34-year-old known as the Cookie Monster has won 10 of her previous bouts on points, with four of her last five outings ending in points wins. She has a style fans love to watch, but it’s also easy on the eye for the judges who have given her the nod in some close fights.

In the six losses on her CV, Carla has lost three times by decision, been knocked out twice and suffered a submission once. She lost back to back to Claudia Gadelha on points before Tatiana Suarez delivered a crushing TKO on UFC 228 courtesy of punches and elbows.

Since those two losses that threatened to derail her career, the former UFC champion has fought back, and she strung together five wins on the spin, making her one of the division’s form fighters. She hasn’t lost a bout since the summer of 2018 and hopes that the run continues.

As mentioned, followers of the form will find four of Esparza’s last five have been won on the scorecards, but the spare did arrive in her last outing. She knocked out Yan Xiaonan on UFC Fight Night in Las Vegas 12 months ago, earning her a performance of the night bonus.

The Cookie Monster is an all-action fighter who can strike with Thai Boxing skills or grapple on the mat should the need arise. That diversity has led to her being ranked eighth in the women’s pound for pound rankings, three places beneath her opponent.

A champion defending against a former champion with both fighters bringing long winning runs. This has all the ingredients of a cracker, and we expect the styles to blend easily and quickly.

The stats push us towards the decision, and we’re going with the champion, although this should be another tight affair. Back Namajunas to defend her belt by decision.

Namajunas vs. Esparza Betting Tip – Namajunas to win by decision (+160 at FanDuel)