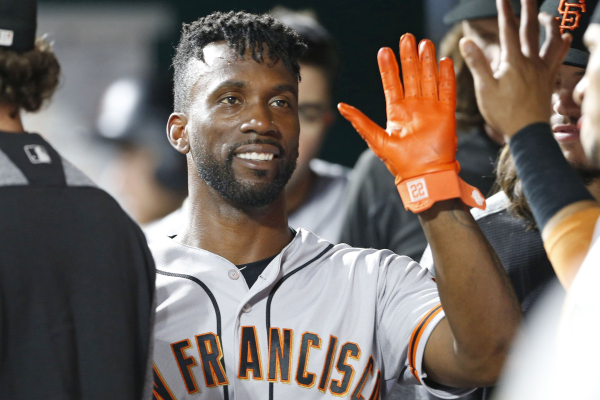 We have made it to September, and that means the baseball season is officially in the home stretch. Of course, the last week of August was a busy one, including several waiver trades made just before the deadline. Here’s a recap of the stories you may have missed this past week.

Former MVP in the Bronx

After a devastating loss to the Tigers on Thursday, the Yankees made a midnight trade to acquire Andrew McCutchen from the Giants. McCutchen will help to shore up New York’s outfield until Aaron Judge returns. Judge has taken longer than expected to return from a broken wrist while Giancarlo Stanton is battling a tight hamstring, forcing the Yankees to play the offensively inept Shane Robinson and infielder Neil Walker in right field. The move seems a little late to help the Yankees catch the Red Sox in the AL East, but McCutchen will be helpful in the postseason.

Before Friday night was over, the Yankees also added shortstop Adeiny Hechavarria. Even with Didi Gregorius expected to return from the DL soon, Hechavarria will add some depth and quality defensive to the middle infield.

The biggest trade made Friday night was the Indians acquiring Josh Donaldson from the Blue Jays. Donaldson has only played 36 games this year, as a calf injury has kept him sidelined for the last three months. However, he’s currently on a minor league rehab assignment, so he could be ready to join the Indians soon. Of course, when that happens, they’ll have to move MVP candidate Jose Ramirez to second base in order to accommodate Donaldson. That move will also displace current second baseman Jason Kipnis, who has had a rough season offensively.

The Brewers were busy on Friday, adding starter Gio Gonzalez, reliever Xavier Cedeno, and outfielder Curtis Granderson. Gonzalez has been up and down lately, but he brings a strong track record and playoff experience to Milwaukee’s rotation. Granderson, meanwhile, may struggle to get many starts, but he had a strong August offensively, especially against right-handed pitching, so he could be key coming off the bench down the stretch. He also has over 200 postseason at-bats, just in case the Brewers get there.

Not to be outdone, the Dodgers also made a couple late additions before the deadline, adding reliever Ryan Madson and infielder DavidFreese. The 38-year old Madson has had a rough year in Washington, posting a 5.28 ERA. But the Dodgers are a little desperate for bullpen help these days, so they’ll take a chance on a guy with 46 career postseason appearances. Freeze has quietly had a nice year in a part-time role. He will provide a right-handed complement to Max Muncy at first base and a veteran bat off the bench.

Let’s try to sum up the rest of the trades made this week really fast. The Phillies added another bat by acquiring Jose Bautista from the Mets. The Braves traded for both veteran catcher Rene Rivera and first baseman Lucas Duda. Oakland added to an already strong bullpen by trading for Cory Gearrin. Finally, the Cubs signed Jaime Garcia to a minor league contract after the Blue Jays released him on Wednesday.

The Angels announced this week that two-way sensation Shohei Ohtani will return to the rotation on Sunday after a three-month absence. Ohtani was sidelined in early June with a strained elbow that was accompanied by fears of Tommy John surgery. He was able to return a month later as a DH but is now healthy enough to return to the mound. If all goes well, the Angels should have peace of mind with regard to Ohtani pitching next season fully healthy.

The Oakland A’s had a rough week, losing starting pitchers Sean Manaea and Brett Anderson to the DL. Anderson has been diagnosed with nerve irritation while Manaea has a rotator cuff issue. Both are now questionable to return before the season ends, which would be a huge blow to Oakland’s playoff chances. Manaea, in particular, could have been the team’s top choice to start a potential one-game Wild Card Playoff.

One of the biggest stories of the past week came from Blue Jays first baseman Kendrys Morales, who hit home runs in seven consecutive games. He set the franchise record for consecutive games with a home run and was only the seventh player in big league history and the first since 2006 to homer in seven straight games.