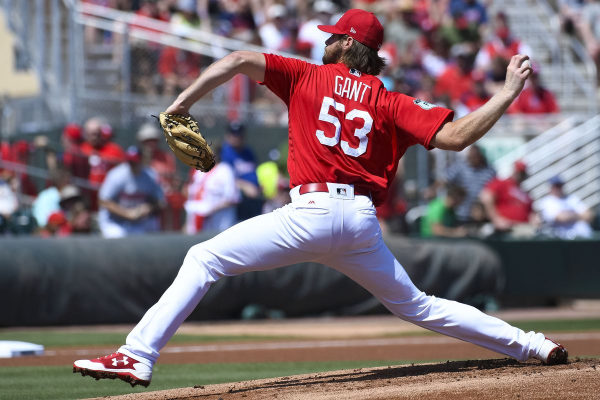 Sometimes baseball is a funny game. The St. Louis Cardinals have been on a pretty bad tailspin as of late. Going into this weekend, they were 9-12 in the month of July, had fired their manager and looked destined to be trade deadline sellers. The Cubs, on the other hand, had gone 14-7 in the month of July coming into the weekend and looked like the dominant force of the NL Central that many had predicted. It makes sense then that the Cardinals, despite their woes, have taken the firs two games of this series and will be looking for the sweep when the Cubs (60-44) travel to Busch stadium to take on the Cardinals (53-51) on Sunday. The Cubs will send righty Kyle Hendricks (6-9, 4.05 ERA) to the bump to take on John Gant (3-3, 3.44 ERA). First pitch is scheduled for 8:08 pm ET.

The moneyline for Sunday’s game is set at the Chicago Cubs -114 andthe St. Louis Cardinals +104. The over/under for runs scored is set at 8.5.

With the Brewers playing good baseball as well, the Cubs have seen their lead in the NL Central shrink to just ½ game after dropping the first two to the Cardinals. They will look to Kyle Hendricks to right the ship for the on Sunday. On the season, he is 6-9 with a 4.05 ERA, 1.26 WHIP and opponents are hitting .257 against him. In 120 innings, he has 95 strikeouts and 34 walks. One thing that has plagued him this season is the long ball as he has given up 18 home runs. In his last start, a 5-1 loss to the Diamondbacks, he went 5 innings, giving up 3 earned runs and striking out 8. His biggest issue to date has been consistency. At times he has looked like the dominant pitcher of old, but every time you think he rights the ship, he has another poor outing.

Cardinals Hope This Weekend Is A Sign Of Things Turning

One of the biggest disappointments this season for the Cardinals has been the play of offseason acquisition Marcell Ozuna. On the season, he is now hitting .269/.312/.384 with a .696 OPS. He has 11 home runs, 55 runs batted in and 40 runs scored. The Cardinals hope that Saturday can turn his season around a little so that he can finish out the last third strong. In the 6 run first inning, the Cardinals outfielder blasted a grand slam off of starter Jose Quintana. That was one of five hits that he had over the last two days. If he can start to get it going, the Cardinals might be able to make a run at a playoff appearance.

Going for the sweep on Sunday will be righty JohnGant. This season he is 3-3 with a 3.44 ERA, 1.22 WHIP and opponents are hitting .196 against him. In 55 innings pitched he has 46 strikeouts versus 27 walks. In his last outing he also faced the Cubs, going 5 innings, allowing no earned runs and striking out 2. The Cardinals are hoping to get a similar performance out of him Sunday night.

It is tough to bet against the Cubs, but KyleHendricks has really struggled to pitch consistently all season long. It is very possible that he comes out and throw a gem, but his stats show that he is much more hittable this season. It also doesn’t hurt that the Cardinals have some players who have had some success against the righty in their careers. Matt Carpenter has hit 2 home runs off of him and Jedd Gyorko, Tommy Pham and Marcell Ozuna have all gotten him once. Additionally, Dexter Fowler, Yadier Molina, Yairo Munoz, Ozuna, Pham and Gyorko are all hitting .294 or higher against him in their careers. Put it all together and I am taking the Cardinals in this one at +104.