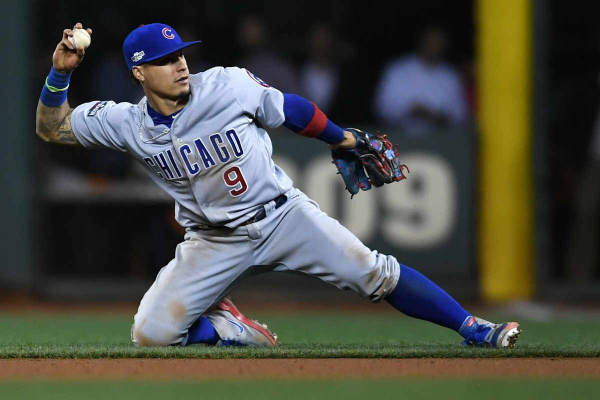 One of the best rivalries in all of sports will take center stage on ESPN’s Sunday Night Baseball. The Chicago Cubs and St. Louis Cardinals are bitter rivals, and both look like two of the best teams in baseball this season. St. Louis came into this game in first place in the National League Central Division, but that might not be the case after this game is complete. The Cubs can move into first place with a win on Sunday night, and it would also mean a three-game sweep of the Cardinals this weekend. There is always plenty of drama and excitement when these teams take the field.

St. Louis is looking to get back into the playoffs this season after a short drought. The Cardinals bring a 20-13 record into this game on Sunday night but have gone just 8-9 on the road so far this season. The Cubs have the best record in the Major Leagues since the 2015 season, and they look great again. Chicago has now won six straight games to improve their record to 18-12 after a 1-6 start. The Cubs have gone 9-4 at Wrigley Field so far this season. The Chicago Cubs are -140 in the series finale against the St. Louis Cardinals.

Baez Continues to Amaze For Cubs

Javier Baez finished second in the MVP voting a season ago, and he has been even better so far this season. Baez blasted a game-winning home run in the 8th inning on Saturday and has been delivering for the Cubs on a nightly basis. The All-Star shortstop is hitting .318 with 11 home runs and 26 runs batted in this season. Backup catcher Taylor Davis delivered a grand slam in the game two victory as well, and the Cubs’ deep roster has them playing great baseball. This Cubs team can put up a ton of runs, and they are a nightmare for any pitcher to deal with.

Veteran left-hander Jose Quintana will be on the mound in the series finale, and he has been one of the best pitchers in baseball of late. Quintana gave up eight earned runs in his first start of the season but has allowed just five earned runs in his last four starts. The lefty has gone 3-1 with a 3.48 earned run average this season. Chicago also has one of the best bullpens in the National League, and they showed that off on Saturday.

The St. Louis Cardinals came into this series as one of the highest scoring teams in baseball, but that hasn’t been the case this weekend. The Cardinals did manage to score five runs on Saturday but were shut out by Kyle Hendricks on just 81 pitches in the series opener. Third baseman Matt Carpenter had a monster season in 2018, but he is hitting just .207 so far this season. The Cardinals have plenty of thunder in their lineup this season and have belted 41 home runs.

Veteran Adam Wainwright is nearing the end of his career, but he has been terrific so far this season. Wainwright has gone 3-2 with a 3.73 earned run average so far this season and has had a great history against the Cubs. The Cardinals have one of the most feared pitchers in baseball in Jordan Hicks, but he has yet to be used out of the pen yet in this series. If St. Louis is able to get an early lead, then Hicks should be able to hold onto that lead.

Cubs Sweep Rivals Out of Chicago

Wrigley Field will be rocking on Sunday night, and the Cubs have been feeding off the energy all season long. The Cardinals came into this series with a ton of momentum, but they have gotten a bit of a wakeup call this weekend. Expect another terrific game on Sunday night, but the Cubs are just the better team. Bet the Chicago Cubs -140 over the St. Louis Cardinals in this game.