Stanton Returns for Yankees; Can He Help Outslug Houston In AL? 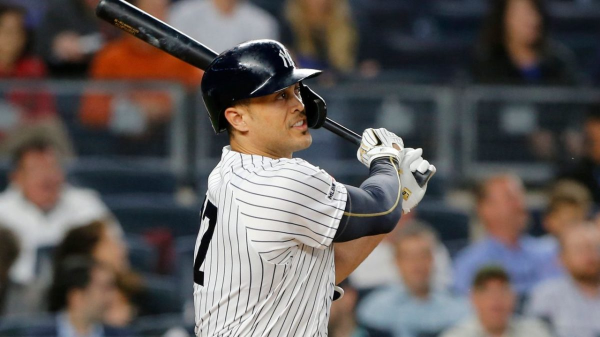 With 12 days remaining in the Major League Baseball regular season, the Yankees entered Wednesday’s game against the Los Angeles Angels with high hopes of clinching the American League East title. In the end, New York fell by a score of 3-2, but with Giancarlo Stanton making his first start since returning from the injured list, it feels like it’s all coming together for the Yankees.

As far as the division title goes, the Yanks will have another chance to clinch as they host the Angels once again Thursday. Yet the real focus of the New York club is preparing for the postseason, which is why it was so important to see Stanton in the lineup.

With just nine games played in the 2019 season before Wednesday, Stanton has been battling knee problems all year long. Wednesday’s game was Stanton’s first since June 25, when he went on the injured list with a strained posterior cruciate ligament in his right knee.

Stanton, who will be used as a leftfielder and a designated hitter, played six innings in left on Wednesday. On top of nearly gunning a runner out at the plate, Stanton kicked off his return to the New York lineup by ripping a double into left-center.

In two more at-bats, Stanton was thrown out on a hard grounder before striking out in his final plate appearance.

With nine games remaining, New York will be happy to have Stanton back, especially since they’ve been having to rotate players in left field. However, will Stanton’s return be enough to help the Yankees overpower the Astros?

What Stanton Brings to New York

As the 2017 National League MVP with the Marlins, Stanton wields a big bat with home-run potential in every plate appearance. In his limited time on the field this year, the Yankees slugger is batting .294 with one dinger and seven RBI.

On top of his MVP award, Stanton is a four-time All-Star and two-time Silver Slugger Award winner in the National League. He also won Defensive Player of the Year back in 2012 as well as the Home Run Derby in 2016.

Stanton has ranked in the top six in home runs in his league five times in his career, including sixth in the American League last year upon smashing 38 home runs. With a single-season high of 59 homers, Stanton hit the most in the National League in 2017.

Now, Stanton and all his power returns to a scary Yankees lineup that can take anyone deep.

Yankees vs. Astros for AL Crown

With a record of 100-53, the Houston Astros are currently the top dog in the American League. Just one game back, the 99-54 Yankees are running out of time to claim the first seed in the league.

However, what matters most is how those two teams match up should they face off for the AL crown. That series looks likely, with both clubs appearing superior to the Twins, Athletics, Rays, and Indians.

Coming down the stretch, the Astros are the favorite in the American League with -110 odds. The Yankees are next in line, sporting +200 odds.

With Stanton’s return, New York adds to its strength in a matchup that would pit slugging power versus dominant pitching.

With 896 runs scored, the Yankees are the top overall offensive team in baseball, even without Stanton for most of the year. And with 288 home runs, New York is in a virtual tie with Minnesota for the most homers in the majors.

With 267 home runs and 870 runs scored, Houston ranks third in both categories.

When it comes to pitching, the Astros have the edge. With a team ERA of 3.71, Houston ranks fourth in the majors. The Yankees are all the way down at 13th with a 4.34 ERA.

For the Yankees to have a chance against a team that can score runs on top of that rotation, New York will need Stanton to quickly return to near-2017 form to add to the power of Gleyber Torres (38 homers), Gary Sanchez (34 homers), and Aaron Judge (24 homers).