Yankees Lose Three More; How Many Injuries Can They Survive? 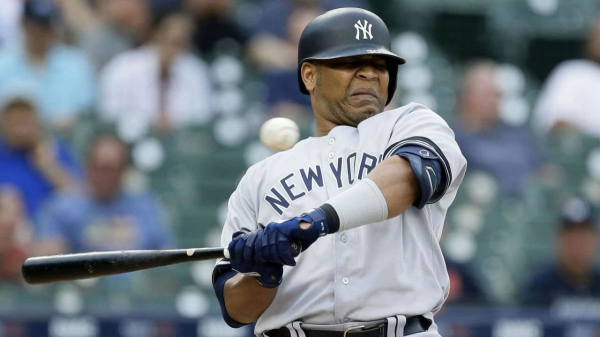 The slow, steady march toward October baseball has become a costly one for the New York Yankees. As the injuries continue to pile up, Yankees manager Aaron Boone will need to earn his paycheck down the stretch if New York will be able to claim another World Series title.

During a doubleheader sweep of the Tigers Thursday, catcher Gary Sanchez and designated hitter Edwin Encarnacion suffered injuries. Sanchez and Encarnacion, both of whom add a great deal of power to the Yankees lineup, are also joined by starting pitcher J.A. Happ, as all three have been sent for tests.

The slew of injuries occurred during a doubleheader to close out the Detroit series. Encarnacion left Game 1 with a strained left oblique. The third inning of Game 2 is when Sanchez says he possibly aggravated a left groin strain as he attempted to steal a base.

As for Happ, Boone removed the pitcher from the first game of the day, saying after the contest that Happ has been dealing with left biceps tendinitis and that he’d been planning to send Happ for tests.

The Yankees, who’ve set a Major League record by sending 30 players to the injured list in a single season, must now be wondering how many players they can afford to lose before the World Series falls out of reach.

What the Yankees Lost Thursday

Although there’s a possibility that all three of Sanchez, Encarnacion, and Happ are healthy for postseason baseball, losing this trio is an obvious blow that removes quality numbers from the club.

Let’s start with Happ, as his injury appears to be one the Yankees have been monitoring and don’t seem too concerned about.

Even if New York feels good about the rest of its staff going into the playoffs, the loss of Happ would be the loss of a seasoned veteran who’s been playing in the big leagues since 2007.

All-Star catcher Gary Sanchez would leave a significant hole in the Yankees roster. In addition to what he provides on defense, Sanchez adds a good deal of power to a scary New York lineup.

Encarnacion, another slugger, has hit 34 home runs of his own, in addition to 86 RBI and his .244 batting average.

Sanchez and Encarnacion’s combined 68 home runs so far this season have helped the Yankees hit the most home runs in baseball so far. With 280 dingers in 2019, New York edges out Minnesota and its 279 homers.

And with 854 runs scored this year, the Yankees have been the best offensive team in baseball. The Twins are ranked second with 846 runs scored.

Now, with questions surrounding the health of Giancarlo Stanton and having already likely lost Mike Tauchman and Aaron Hicks for the season, can the Yankees handle any more injuries?

Are the Yankees Still a Contender?

With a record of 97-51, the Yankees own the best record in baseball. New York is poised for postseason baseball, but are they going to be victims of attrition?

In the short term, injuries could hinder New York in the quest for home-field advantage in the playoffs. In the longer term, these losses could widen the gap between themselves and the Astros (95-53) and Dodgers (95-53).

Even before the newest bunch of injuries were taken into account, the Yankees had just the third-best odds to win the World Series at +375, despite having the best record in the majors.

With a daunting three-man rotation built for the playoffs, the Astros are the slight favorite with +250 odds, followed by the National League-leading Dodgers, who own +275 odds right now.

Together, that trio of teams is separated from the rest of World Series hopefuls, as Atlanta is next on the list with +700 odds.

However, if injuries continue to pile up for New York, the Yankees risk falling back and leaving Houston and Los Angeles as the heavy favorites.