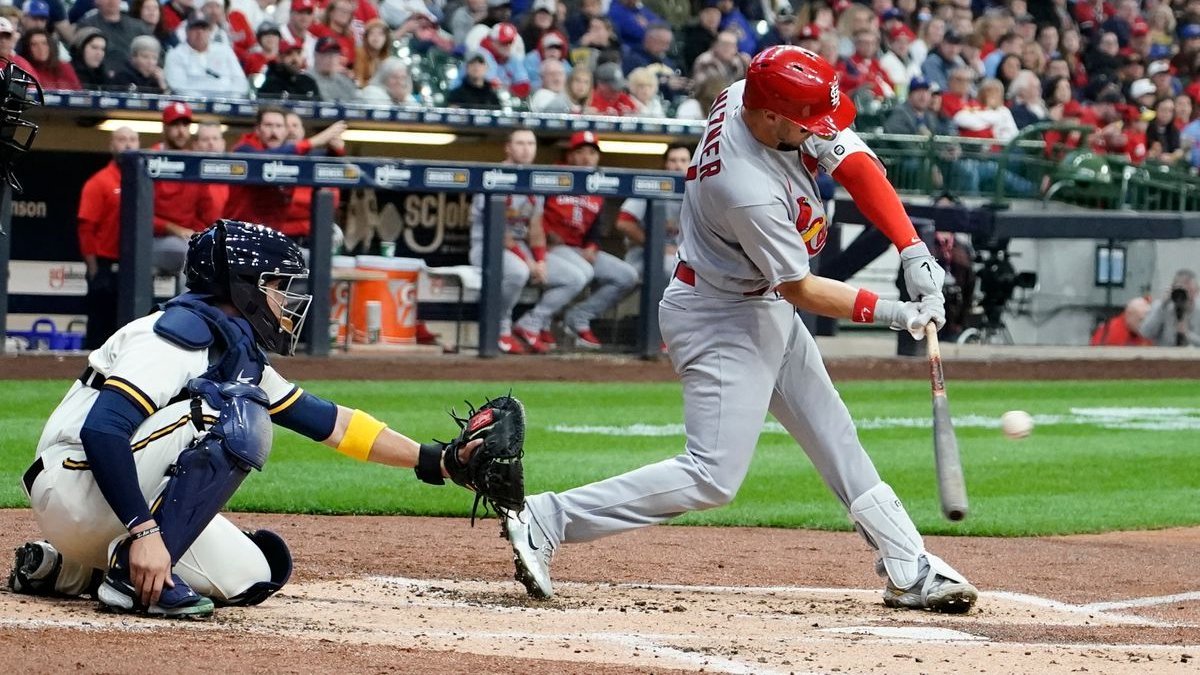 After losing the series opener in Milwaukee on Thursday, the St. Louis Cardinals have claimed consecutive wins over the Brewers to set up a potential road series win over their NL Central rivals. This afternoon, Dakota Hudson will look to secure that series win for the Cardinals and pick up his first win of the MLB season.

In Thursday’s opener, Brandon Woodruff tossed five shutout innings, and Milwaukee’s bats knocked Adam Wainwright out after only 4.1 innings as the Brewers took a 5-1 win.

But Miles Mikolas and Steven Matz shut down the Brew Crew in wins over Friday and Saturday, which sets up the chance to strike an early blow against their division rivals.

Can the Cardinals Continue Recent Run of Success in Milwaukee?

Over the past few years of the Cardinals vs. Brewers rivalry, St. Louis has had the upper hand in Milwaukee, winning three of the previous five series and posting a 13-8 record entering today’s series finale.

In the 14th of those wins, Hudson made his 2021 debut and got the win as the Cardinals defeated the Chicago Cubs, another one of their major rivals. Hudson missed the end of the 2020 season and most of the 2021 season after having Tommy John surgery on September 28, 2020.

As someone with only 42 MLB starts under his belt–32 of them in 2019–Hudson’s career splits don’t have a lot of big sample sizes to sift through. But if the Cardinals can tally three or more runs today, Hudson should be in a strong position.

It is certainly encouraging that the Cardinals have scored 3+ runs in 73.8 percent of his career starts, including his first start of this season, a 6-5 win over the Kansas City Royals this past Tuesday. Hudson wasn’t great in his four innings, but he wasn’t awful either. He allowed three runs on five hits and gave up two homers, but he struck out four and walked none.

Given that Hudson had averaged at least a strikeout an inning only 13 times in his previous 41 career MLB starts and walked at least one batter in 39 of 41 starts, it is pretty encouraging going forward for Hudson to have checked both of those off of the list in his first start of the new season.

It also bodes well for his chances to pick up his first win in Milwaukee. He has made two starts there in his career, both coming early in the 2019 season. Neither was a sharp performance. In a 4-2 loss on March 30, 2019, he allowed four runs and seven hits (three homers) in 4.1 IP and took the loss. Then on April 15, 2019, he allowed six runs on eight hits (two homers) and walked three, but he received a no-decision in a 10-7 loss.

But he has come a long way since then–not least because he has allowed only 21 homers in 37 starts since allowing eight in his first five MLB starts–and if he can return to his pre-Tommy John form, it will be a significant boost for the Cardinals’ hopes of returning to the MLB playoffs for the fourth straight season.

After a rough start to the series, the Cardinals have bounced back well. And with the talented Hudson on the hill today, they are good value for the series win.

It has been a miserable month for the Seattle Mariners, and things are unlikely to get any better tonight as they welcome AL Cy Young Award favorite Justin Verlander and the Houston Astros to T-Mobile Park. After just missing out on the MLB playoffs last season, the Mariners entered this season with hopes of finally END_OF_DOCUMENT_TOKEN_TO_BE_REPLACED