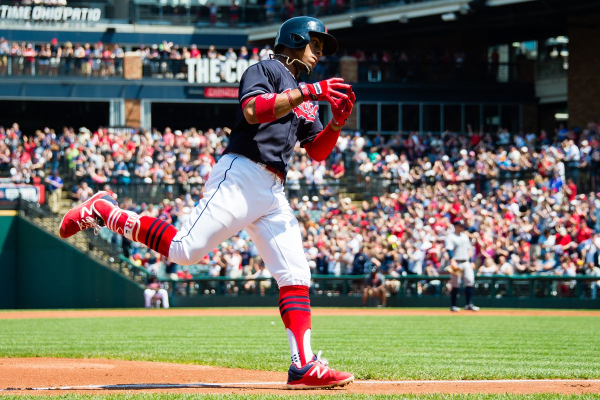 Neither the Oakland A’s nor the Cleveland Indians are considered big market teams. Despite this, they have still found ways to be successful on the field. While their positions in the standings may differ (the Indians are in 1st in the AL Central while the A’s are in 3rd in the AL West), they have had pretty similar seasons from a winning percentage standpoint. The two teams will face off in the second game of a three game series on Saturday when the Oakland A’s (48-40) travel to Progressive Field to take on the Cleveland Indians (49-37).

The moneyline for Saturday’s game is set at the Oakland Athletics +245 and the Cleveland Indians -270. The over/under on runs scored is set at 8.

At 48-40, the OaklandAthletics sit third in their division and third in the Wild Card standings after the Yankees and Mariners. The problem is they are 10 games back in their division and 8 back in the Wild Card. Still, not even at the All-Star break yet, the Athletics hope that they can close the gap and contend towards the latter part of the season.

One of the keys to their success on the offensive side has been the play of Jed Lowrie. The versatile infielder is hitting .290/.358/.496 with a .854 OPS. He has 14 home runs, 59 runs batted in (lead team) and has scored 38 runs. If the Athletics fall further out of contention in July, he may end up being a trade piece, but the A’s would prefer to contend. Additionally, Khris Davis and Matt Olson have been putting on a power display this year. Davis is at 20 home runs and 57 runs batted in while Olson is at 19 home runs and 45 runs batted in.

Edwin Jackson will be taking the mound for the Athletics on Saturday. He has only pitched 12.2 innings over two starts this season, but has an encouraging 1-0 record with a 2.13 ERA, 0.63 WHIP and opponents have hit just .178 against him. Despite the solid start, his career stats tell a different story. For his career, he is 99-120 with a 4.65 ERA and a 1.45 WHIP. His first two starts have been great, but the chances he sustains that success may be slim.

The Cleveland Indians are a good team, their division is not. At 11 games UNDER .500, the Minnesota Twins sit in second place in the division, 11.5 games behind the Indians. Needless to say, they have to feel pretty confident, even at the midway point, that the division is going to be theirs for the taking. With that in mind, the Indians aren’t going to be satisfied with just to win their division. They want to return to the World Series like in 2016. Trying to lead them back is staff ace, Corey Kluber. On the season, Kluber is 12-4 with a 2.64 ERA, 0.87 WHIP and opponents are hitting just .208 against him. In 119.1 innings, he has 120 strikeouts versus only 13 walks. One thing that has hurt him this season is the long ball. He has given up 17 home runs to date.

Kluber Too Much For Athletics

I would love to take the Oakland Athletics at +245 in this one, but there just isn’t much to like about them in this matchup. Kluber has been dominant this season and the track record of Edwin Jackson’s career means some regression is likely coming. Take the Indians at -270.