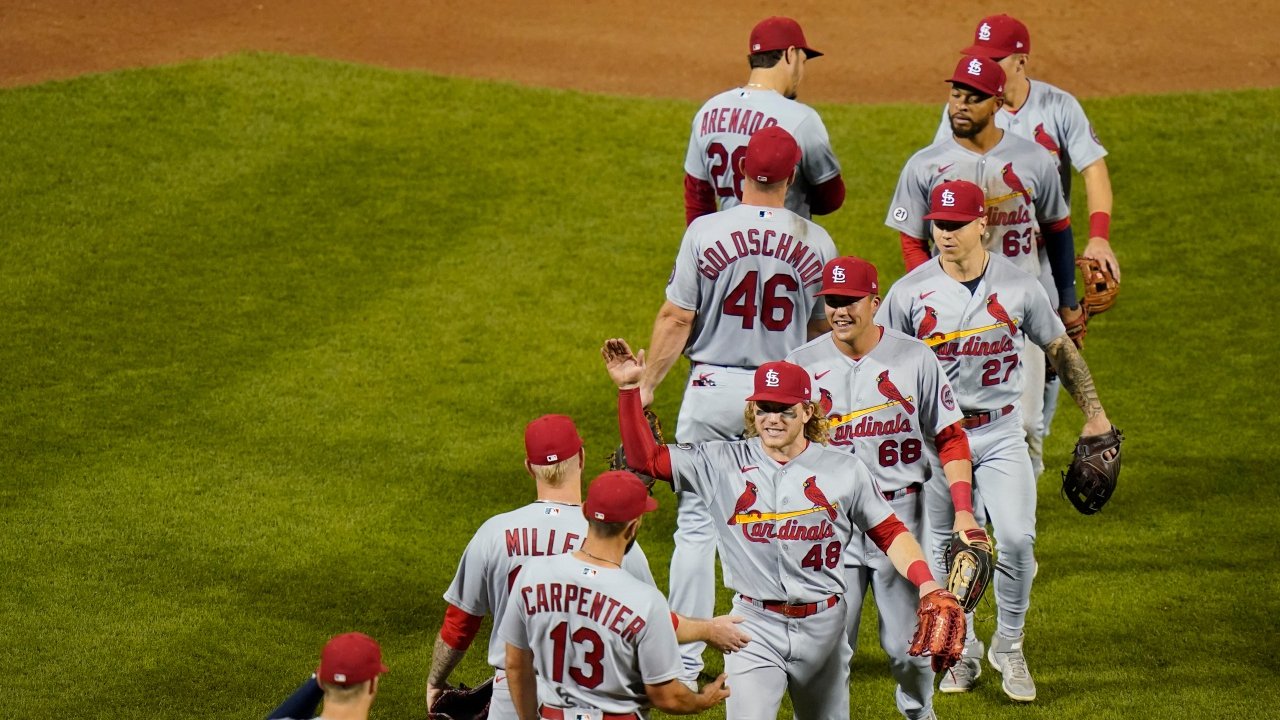 The race for the second NL wild-card spot is looking like a four-team fight to the finish, or five if you still believe in the New York Mets. If you do, well, good luck and my thoughts are with you in this difficult time. As it stands, the St. Louis Cardinals (76-69), San Diego Padres (76-70), Cincinnati Reds (76-71), and Philadelphia Phillies (74-72) are separated by 2.5 games in the standings. With the Reds hosting the red-hot Los Angeles Dodgers, the Padres in St. Louis to take on the Cardinals, and the Phillies visiting the Mets, you can expect those three series to be the focus of a lot of MLB betting action this weekend.

St. Louis is in the catbird seat at the moment after their road sweep of the Mets, which goes down as an impressive result even with the Mets not being the team they were expected to be. The Cardinals broke out the bats in a big way at Citi Field, scoring 25 runs in three games and recording two seven-run wins. The Cardinals are hitting their stride at the perfect time, with wins in five straight and seven of eight.

The Padres have mostly been trending down over the last month, but they come in following two timely wins in San Francisco. Gaining a split in their four-game series with the Giants may not save their season, but it provides a platform for them to do so.

Are those two wins a false dawn for the Padres, or will they make it three wins straight and and a half-game lead for the second wild-card spot?

San Diego Padres vs St. Louis Cardinals odds are via FanDuel Sportsbook as of Friday, September 17, 2021 at 4:50 p.m. ET. Want to see betting odds from several top online sportsbooks for the day’s other MLB matchups? Check out our MLB odds.

Runs have been hard to come by for the Padres during their cold spell, but they were saved from a series loss in San Francisco by back-to-back productive plate performances. On Wednesday, they recorded nine runs and 16 hits, and in winning yesterday’s series finale, they had seven runs and 14 hits.

More of the same will be handy tonight. With Bryce Harper making a hard charge for the NL MVP as he and the Phillies try to overhaul the Atlanta Braves in the NL East, Fernando Tatis Jr.’s longtime hold on the NL MVP is tenuous. But he was 4 for 5 with two runs scored in Wednesday’s win, and he was 2 for with a homer in yesterday’s win. If he and the Padres can keep it going and secure the wild-card spot, that will help his hopes of holding off Harper.

Offense also might be a necessity tonight with Velasquez on the mound. A rough stretch in Philadelphia culminated in his release by the Phillies, but the California native was quickly picked up by the Padres to bolster their rotation. This is Velasquez’s first MLB start since his last start for the Phillies on July 30. That time out, he allowed five runs and six hits in only two innings against the Pittsburgh Pirates. July was a tough month for Velasquez, who went 0-4 with a 12.23 ERA in five July starts. In 10 road appearances (nine starts) this season, Velasquez is 1-4 with a 7.09 ERA.

Mikolas isn’t in sparkling form himself. In three September starts, he is 0-1 with an 8.31 ERA. He has allowed four earned runs in each of those starts. In his most recent start, he allowed four runs and six hits in five innings last Saturday against the Reds.

Both teams are coming in after some good days at the plate and should put some runs on the board. There is a chance that Velasquez could get a confidence boost from a new opportunity and a change of scenery, which he needed. But he wasn’t fantastic in his only other outing at Busch Stadium this season (4.1 IP, 5 H, 3 ER), and save for a stretch in May, has not been particularly great on the road.

Mikolas hasn’t been great recently either, which is why the over is a high-value play in this one. But I’m not buying into a San Diego resurgence just yet and fancy the home team to keep their very timely hot run going and open this series by increasing their cushion over the Padres. Our MLB picks do indeed favor the Padres and the under, which is all well and good. But sometimes being a contrarian is the move, and it is here.

The 2022 Formula 1 season is only six races deep, but the race for this season’s championship alerady appears to be down to just two drivers. Last season, Red Bull driver Max Verstappen claimed his first Formula 1 World Drivers’ Championship in highly controversial circumstances, with Lewis Hamilton denied what would have been a record-breaking END_OF_DOCUMENT_TOKEN_TO_BE_REPLACED