Record-Breaking Home Runs hit in June; are TOTALS sailing OVER in MLB? 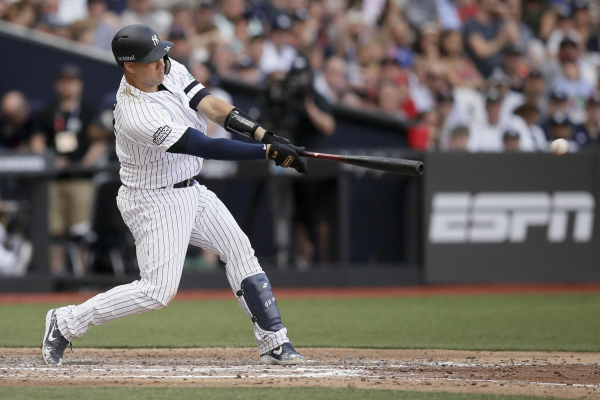 With baseballs, memes about “enhanced” baseballs, and jokes abound, should you be auto-betting overs in the MLB?

One of the tricks everyone wants to find out in betting is a sure thing. A trend. A trick, an easy way to lay down some cash and cash some tickets. And this year, the closest thing to that sort of trick — at least lately — is betting the over in MLB.

Traditionally thought of as a pitcher’s sport, there is no doubt the man on the mound still rules the game in terms of who is able to win or lose a game on a given day. That said, MLB has seen an interesting trend of late, particularly in the scorching hot month of June. Apparently, more than the temperatures are rising, so are the totals.

One of the most important things to keep in mind about gambling is that, in reality, there is no true way to ultimately adjust unless there are seismic adjustments. For example, if you look at the most recent series between the Boston Red Sox and New York Yankees, what will undoubtedly be remembered as a classic series of baseball, not just for the fact it was played in England.

But most importantly, it may be a series that portends the rising impact of insanely high-scoring games in MLB. Another series epitomized this sort of scoring as well. Two of the league’s most explosive offensive teams, albeit inconsistent ones, have been the Colorado Rockies and the San Diego Padres. When both of these teams faced each other, they put together one of the most impressive offensive performances ever, in fact, they combined for 30 runs in one game.

But frankly, the outstanding and electric scoring performances by the Rocks and Padres will be forgotten after this most recent total set by the books in game two of the Red Sox-Yankees series in England. The total was set at over 16.5 runs, and despite it seeming to cruise to an easy under win, the Yanks put up nine runs in the top of the seventh, and both teams combined for five runs in the ninth.

This absurd explosion of runs has caused the books to adjust in a matter of one day, and it’s very clear that they are aware that the game is starting to get out of hands in terms of scoring. And one of the most obvious signs that the game is changing is everyone pointing to other aspects, including the aerodynamics of the ball. But whatever is causing this increased rise in scoring, there is no doubt that it’s important to realize that as the books adjust, gamblers need to adjust as well.

In baseball, as totals begin to climb higher, the books will hope to attract “sharper” bettors into betting the under, and eventually, as over-adjustments occur, so too will bettors be looking to play the under and cash in.

But is that time now? Not really. In the month of June (and for the second season in a row) players in MLB struck gold and scored the highest home run total in league history. And continue to go on pace for a record season.

So what does this mean for you? Well, in short, overs are winning. Not just full-game totals, either. With the popularity of team totals reaching the minds of “squarer” bettors, more people are realizing the profitability of alternative betting options.

Bet totals and bet team totals, and keep cashing. The wave may not last forever, but ride it while it’s here.