Phillies vs. Mets (April 29): Back Megill to Continue Strong Start vs. Rival Phillies 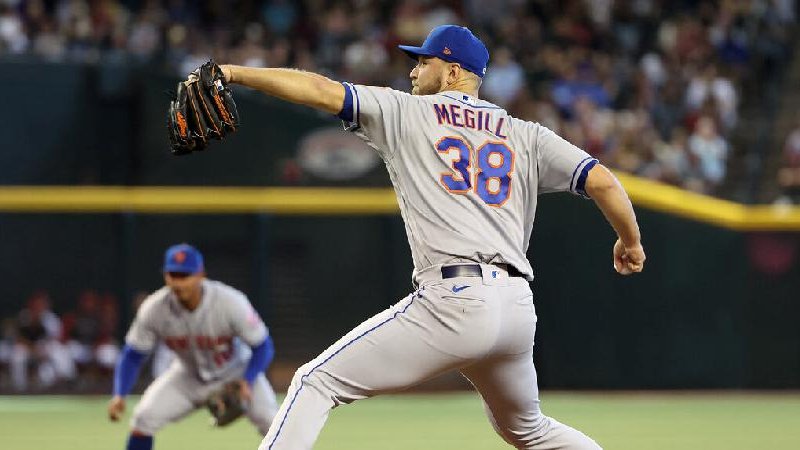 It has been an excellent start to the season for both Tylor Megill and the New York Mets and look for that to continue tonight in their opener of their three-game set with the visiting Phillies.

Through 20 games, the Mets have the best record in the majors at 14-6, backing up their preseason hype as a potential 2022 World Series contender.

Two-time NL Cy Young Award winner Jacob deGrom has yet to make his season debut, but great pitching has been a big part of this early start for the Mets. Free agent signing Max Scherzer is pitching like he wants a fourth Cy Young Award and a second World Series title, while trade acquisition Chris Bassitt is off to a fine start in the Big Apple as well.

Megill has also done his part to help the Mets, who have a three-game lead in the NL East, get an early leg up on the Phillies and their other NL East rivals. And with their next 14 games against division opponents, the Mets will hope to be in an even stronger position when this stretch ends in two weeks.

Listed odds are via FanDuel as of April 29 at 9:00 a.m. ET. This article may also feature odds from our other top reviewed and recommended sportsbooks.

Will Megill Spin Another Gem Against the Phils?

Last year, Megill started the season in Double-A but ended up in the majors by June, and he posted a 4-6 record with a 4.52 ERA in 18 starts. Those numbers don’t necessarily make for pretty reading, but he had a number of solid outings, even as the Mets’ season fell apart.

This season, Megill has hit the ground running, which could ensure he maintains a prominent role upon deGrom’s return to the fold, which is still to be determined at this time but could be in June if his injured shoulder continues to progress.

Megill did not allow a run in his first two starts, and after a bumpier ride in a no-decision against the San Francisco Giants in his third start, he was excellent again last time out against the Arizona Diamondbacks this past Saturday. In a season-high 6.2 IP, he allowed five hits, two runs, and a walk while striking out seven in a 6-2 win.

The 26-year-old already has a standout start against the Phillies to his name this season. On April 12, he allowed three hits and no walks and struck out five in 5.1 shutout innings, as the Mets took a 2-0 win in Philadelphia.

Can Nola Build Off of His Last Outing and Continue His Success Against the Mets?

Megill outpitched 2021 NL Cy Young runner-up Zack Wheeler in that outing, and he will look to do the same against Aaron Nola tonight.

Nola hasn’t had the desired start after a subpar 2021 season, but he is coming off of his best start of the new season. This past Sunday, he allowed one hit and one walk and struck out nine in seven shutout innings against the Milwaukee Brewers but received a no-decision as the Brewers scored the game’s only run in the top of the ninth.

Historically, Nola has had a lot of success against the Mets, especially compared to other division rivals.

For the value shoppers, the best value among our top recommended sportsbooks can be found at BetRivers, where the Mets are currently -121 to win.

Nola is coming off of a great start (and a decent one in the start prior to that one) and has had success at Citi Field, but the home team is the play in this matchup. And the public agrees, with 54 percent of the bets backing the Mets at the time of writing, as per our Phillies vs. Mets matchup page.

There isn’t nearly enough value here to back a team that isn’t very good on the road–the Phillies are 2-5 on the road and 8-5 at home–with a pitcher who has found it hard to string together many good starts over the past few seasons.

Also, the trends are heavily in favor of the Mets in this matchup. The Mets are 5-1 as a home favorite and 12-4 overall as a favorite this season.