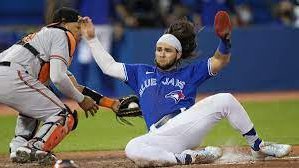 Baltimore and Toronto will meet for Game 2 of the series on Tuesday night. Baltimore leads the series 1-0 after a dominating win on Monday.

The Blue Jays have lost 7 of their last 10 games, and they are now only holding onto the third wild card spot by 1.5 games. Baltimore has won 6 of 10 and continues their hot run towards a wild card position.

Tuesday’s game is critical if Baltimore wants to sneak into the playoffs. The two teams have 12 more games against each other this season, and, likely, only one will make the playoffs.

Game odds are via FanDuel. This article may also include odds from other reputable online sportsbooks that we have reviewed and recommend.

Manoah has had a pretty great season to this point. He has a 12-5 record in his 22 starts, and his ERA is quite impressive at 2.56. He has managed to pitch well at home and on the road, which has made him a useful tool to utilize in Toronto’s run to the 3rd wild card spot.

Manoah has pitched well in his last two starts, only allowing 5 runs combined and striking out 10. His last start was against these Baltimore Orioles a week ago. He got the no-decision in the contest, but he kept the team in the game, allowing only 3 runs.

He was an All-Star this season, and the numbers don’t lie. He is limiting baserunners and striking out nearly a batter per inning pitched.

Toronto needs to get back to their winning ways if they are going to hold off Baltimore. They didn’t start thee series well, but there is another chance tonight to hold them off.

Starting pitching will be sort of lopsided, as Manoah is the more dominant pitcher compared to Dean Kremer. Kremer has respectable big league numbers, but not close to what Manoah is putting up.

The Blue Jays have the upper hand in pitching heading into Tuesday. There is value in the run line tonight, more so than the moneyline.

The Jays got held in check last night, so they. will be back to true form tonight. Their impressive 35-24 record at home proves they play well in front of their own fans.

Expect lots of runs early from Toronto, as they look to build their lead in the wild card standings over their division rivals. With so many games left against the two, each game will be important in determining who makes the playoffs.