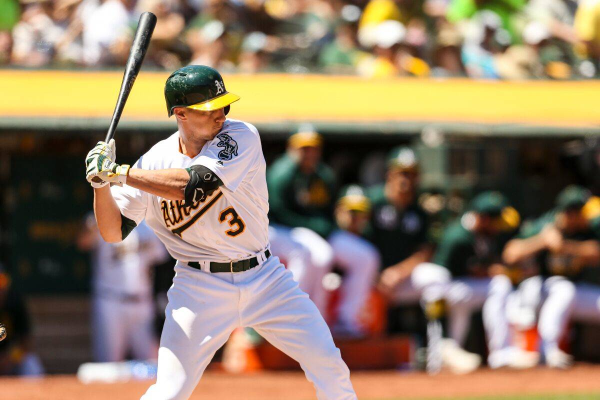 Monday features an Interleague matchup of two teams battling playoff spots when the Oakland Athletics (64-48) travel to Wrigley Field to take on the Chicago Cubs (60-51).  Both of these two teams are coming off weekend sweeps, with both sweeps benefitting the Cubs.

For the A’s, they currently sit 8.5 games behind the Houston Astros in the AL West, but only a half-game back for the second Wild Card spot. The pitching matchup for this one features Chris Bassitt (7-5, 3.84 ERA) going for the Athletics against the Cubs’ Kyle Hendricks (8-8, 3.07 ERA).  First pitch for this one is scheduled for 8:05 pm ET.

The moneyline for this one currently sits at the Oakland A’s +135 and the Chicago Cubs -145.

After winning six of their last seven games, the Athletics come into this one hot and will need to continue playing well to battle for a playoff spot.  To do so, they turn to righty Chris Bassitt on Monday.  On the season, he is 7-5 in 18 starts with a 3.84 ERA, 1.17 WHIP and opponents are hitting just .217 against him.

Whether it be because they are a small-market team or the fact that they play on the West Coast, the A’s don’t have a whole lot of household names on their team.  Still, they have some hitters who are quietly having nice seasons.  In addition to being an outstanding fielder, Matt Chapman has produced from the dish this season too.  He is currently hitting .257/.343/.515 with 24 home runs, 64 runs batted in and 69 runs scored.

Thanks to the A’s, it was a very successful weekend for the Cubs.  Not only did they sweep third-place Milwaukee, but the A’s helped by sweeping St. Louis, pushing them into second place and allowing the Cubs to jump up to first again.  Now 1.5 games up, the Cubs would like to stay hot and expand their lead.

In his last outing, a 2-0 win over St. Louis, he went seven shutout innings, allowing seven hits and striking out seven.  He will try to continue that success against Oakland on Monday.

Even though their offense has seemed inconsistent at times, the Cubs definitely have some sluggers on their team.  Javier Baez is leading the way this year, hitting .288/.319/.548 with 26 home runs, 73 runs batted in and 77 runs scored.  He leads the team in home runs and runs batted in while trailing only Kris Bryant in runs scored (Bryant has 81).

Speaking of Bryant, he is hitting .287/.388/.528 this season with 21 home runs and 51 runs batted in.  Even with Willson Contreras going on the injured list, the Cubs still have a lineup that features these two plus Anthony Rizzo, Jason Heyward, Kyle Schwarber, David Bote, and newcomers Nicholas Castellanos and Tony Kemp.

Cubs Come Through In Game One

I will be honest in saying that I went back and forth on this one.  I like Bassitt against this lineup given that he has held lefties to just a .187 average against him this season, possibly minimizing the effects of Rizzo, Heyward, and Schwarber. However, Kyle Hendricks has been dominant too.  In nine home starts this year, he is 4-2 with a 1.89 ERA.  Throw on top of that the fact that the Cubs are a dominant 38-18 at home (versus 21-33 on the road), and the Cubs seem like a good bet here.  Granted, it could be a decent value bet with Oakland and the favorable moneyline, but for my money, I am taking Chicago at -145.