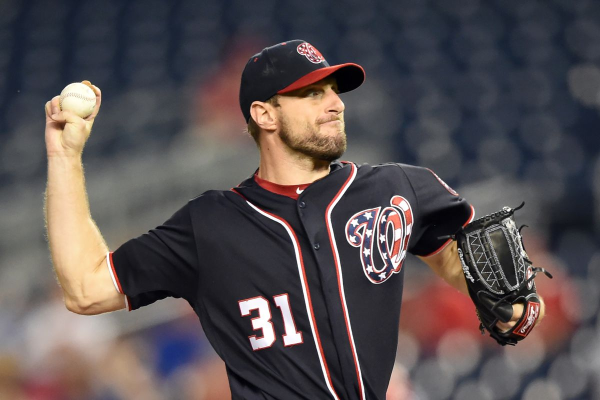 The MLB Playoffs are in full swing, pardon the pun. What does it mean for those looking to cash in?

As the MLB playoffs unfurl like a flag that’s been tightly wrapped up, it’s important to explore some of the most important games that are going to head things off, and among those, the games that open the playoffs up are those that set the tempo for the rest of the postseason.

One of the most crucial games that we’re going to watch unfold is the Brewers and the Nationals. The Nationals, after losing their superstar in Bryce Harper to the Phillies, triumphed with great glee over their arch-rivals in the NL East by clinching a playoff spot, but they have to contend with one of the hottest lineups in the NL, a lineup that has been playing rather well as of late.

But will the Nationals be able to withstand the Brewers’ high-powered offense and go deep into the latter innings? Well, if you’ve got some cash you weren’t planning on spending wisely, you’re always welcome to blow it on this game, and boy, do we have a play for you.

Why the Nats Will Win

The Nats have been on a roll. There’s no other way to say it. After just about everyone counted them out, they have shown that they have the team and the pitching, starting pitching at least, that can get the job done. Max Scherzer has had a Cy Young-quality year, and their lineup has been consistently playing really as of late, too.

Top to bottom, this is a pretty good baseball team, with just a shaky bullpen as their only obvious weakness. Other than that, there isn’t really much to shame them for, and until anything changes, you’re going to run into a lot of trouble down the road. One of the biggest mistakes people make by riding a hot team is just when the fire dies down, but while the Nats are by no means “hot” in that they are over-achieving, this is definitely a team that has some question marks.

The Nationals are a good team and have shown it for a while now in getting to the top Wild Card spot, but as good as they are, they are just a hair or two worse than the NL-leading Dodgers.

Why the Brew Crew Reigns Supreme

The Brewers have been one of the more frustrating teams to handicap. Their lineup, particularly on paper, is one of the best in the business. With power hitters and great baserunning, on paper, this is a team that should be annihilating people, and don’t get me wrong, they do.

But the biggest problem they’ve had is their consistency. Without being able to put together consistent performances, this is a team that is just going to continue to struggle as time goes on, and until anything changes, don’t expect much in the way of a shift.

Another problem for them has been pitching. When their pitching is great, they can be an awesome team. When it struggles, they’re in trouble. This is a lineup that needs to show the world that they aren’t content with winning a Wild Card berth.

They are a squad that actually wants to adjust things in the right direction so that it works for everyone else’s benefit. And once those pieces are in play, that’s when everything will work most effectively.

The play? Honestly, don’t bet this game. It’s an absolute coinflip regardless of the odds because remember, juiced up moneyline favorites in baseball don’t mean anything. All it takes is one swing or one pitch to change everything.