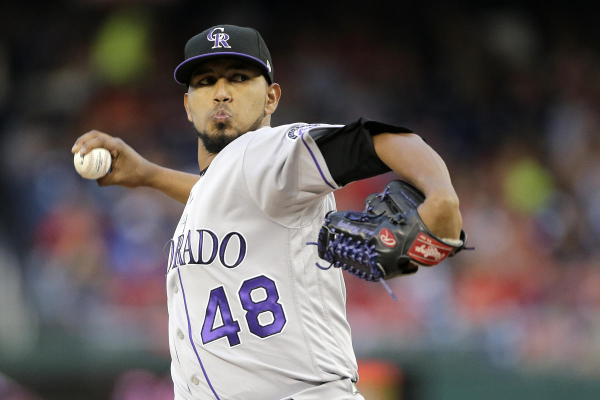 The Philadelphia Phillies and Colorado Rockies are moving in completely opposite directions. For the Phillies, they have lost 6 in a row and 8 of their last 10 to fall under.500 on the season. For the Rockies, they have won 5 in a row and after their 10-3 win over the Phillies on Tuesday, have moved into the second wild-card spot (a half game ahead of the St. Louis Cardinals).

The money line for Wednesday night’s game is set at the Philadelphia Phillies +165 and the Colorado Rockies -195. The over/under on total runs scored stands at 10.5.

Phillies fans had been encouraged all season long. Seemingly ahead of their rebuilding schedule, the Phillies had been competing for the NL East for most of the season, but over the last month or so they have continually slipped and now stand in third place, 11 games back. Even though the playoffs might be out of the picture, they would still like to finish above .500. To do so they will look to Nick Pivetta to get them back on track.

Over the last 30 days, breakout star RhysHoskins has not been performing quite as well as he would like. In that time, he is hitting .210/.307/.490 with a .797 OPS. He does have 7 home runs over the last 30 days, with 13 runs batted in and 12 runs scored, but he has also struck out 25 times. Hoskins does have some success against Marquez, albeit in limited at bats. He is hitting .333 with one home run.

The Rockies regained a playoff spot with their win on Tuesday, now they hope to not let it go again. If the season ended right now they would face the Brewers in a wild card game (although they are on the heels of the Chicago Cubs for the NL Central crown).

Still, the Cardinals will be pushed to try to regain that spot so every game is critical for the Rockies. They will be sending German Marquez to the mound Wednesday. On the season, he is 13-10 with a 3.91 ERA, 1.22 WHIP and opponents are hitting .245 against him. In 184.1 innings, he has 210 strikeouts, 54 walks and has allowed 22 home runs. In his last outing, a 6-2 win over the Diamondbacks, he went 7 innings, allowing 2 earned runs and striking out 11.

Despite having been hampered by injuries lately, he is hitting .289/.344/.552 with a .896 OPS on the season. He also has 33 home runs, 102 runs batted in, and 82 runs scored. Add players like CharlieBlackmon, Carlos Gonzalez, D.J. LeMahieu and David Dahl, and this lineup is awfully scary for opposing pitchers.

Rockies Pick Up Another One

German Marquez has really blossomed into a star this year, especially when you take into account that about half of his starts are at Coors Field. Combine that with how well the Rockies are playing and their urgency to win, and I just don’t like the odds for the Phillies. They have proven throughout the season that they are capable of winning any game, but I still like the Rockies in this one. Take them at -195.