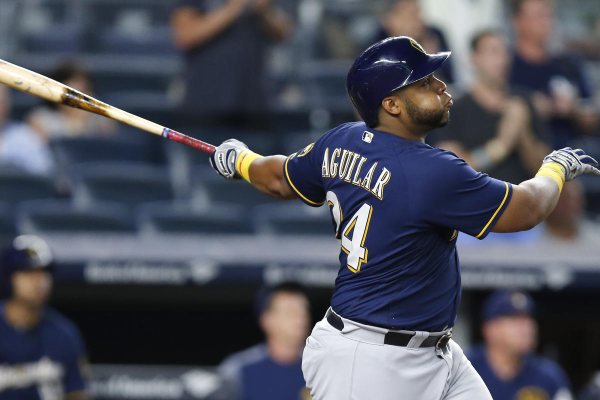 At the beginning of the season, no one expected the AtlantaBraves or MilwaukeeBrewers to be atop their division.  With teams like the Cubs, Nationals, Cardinals and Phillies in their way, both teams were expected to be competing for second at best (and in Atlanta’s case, possibly lower).  With high-powered offenses and surprising pitching, though, both teams find themselves leading their respective divisions. Now, the two will square off for the second game of a four game series when the Atlanta Braves (49-37) travel to Miller Park to take on the Milwaukee Brewers (52-35).  The Braves will be sending Mike Foltynewicz (6-4, 2.02 ERA) to the mound to square off against Milwaukee’s Freddy Peralta (3-1, 2.28 ERA). First pitch is scheduled for 8:10 pm ET.

The moneyline for the game is set at the Atlanta Braves +129 and the Milwaukee Brewers -139.  The over/under on runs scored is set at 8.

There is a lot to be excited about if you are an Atlanta Braves fan.  FreddieFreeman continues to be the anchor to the lineup. He is currently hitting .305/.397/.526 with a .923 OPS.  He has 16 home runs, 57 runs batted in and has scored 54 runs. He continues to be one of the best first basemen in the National League.  While Freeman has been a staple in the lineup for years, there are some other exciting players that are not quite as seasoned.

On the mound for Atlanta will be Mike Foltynewicz.  On the season, he is 6-4 with a 2.02 ERA, 1.11 WHIP and opponents are only hitting .186 against him.  He is quietly putting together an All-Star resume. In 89 innings, he has 107 strikeouts versus 40 walks.  In his last outing against the Cardinals, he picked up the win by pitching 5 innings, giving up 0 earned runs and striking out 9.

Freddy Peralta will be taking the mound for the Brewers on Friday.  As a rookie, Peralta has been putting up solid numbers. He is currently 3-1 with a 2.28 ERA, 0.87 WHIP and opponents are hitting just .128 against him.  In 27.2 innings he has 40 strikeouts and 12 walks. Despite the solid numbers, he did have his worst outing of his brief career in his last outing against the Reds, going 5 innings, giving up 3 earned runs and striking out just 5.

You can’t talk about the Brewers pitching without talking about their bullpen, though.  They have been absolutely electric and it all starts with lefty Josh Hader. Thus far this season the southpaw is 2-0 with a  1.21 ERA, 0.74 WHIP and opponents are hitting just .104 against him. He is also averaging almost two strikeouts per inning as he has 83 in 44.2 innings of work this season.

Offensively,  there are some Brewers who have had success against Mike Foltynewicz.  Ryan Braun, Keon Broxton, and Christian Yellich are all hitting .333 or higher in their careers against him.  Yellich has seen him the most as he is batting .450 in 20 at bats. Broxton also has a home run against him.

Bullpen Shuts It Down For Brewers

This one is a tough one to call.  I like both starting pitchers, but don’t think either will go exceptionally deep in the game.  In his last three starts, Foltynewicz hasn’t gone past the fifth inning in any of them and Peralta has only gotten through seven once in his last three.  Also, offensively, I like them both, as they are both able to put runs up in bunches if given the opportunity. As a result, the big dividing factor for me is the bullpen. Not that Atlanta’s has been atrocious, but the Brewers is just that good.  I think both starters will throw well, but I think the Brewers have the bullpen to keep the game in their favor in the later innings. Take the Brewers -139.