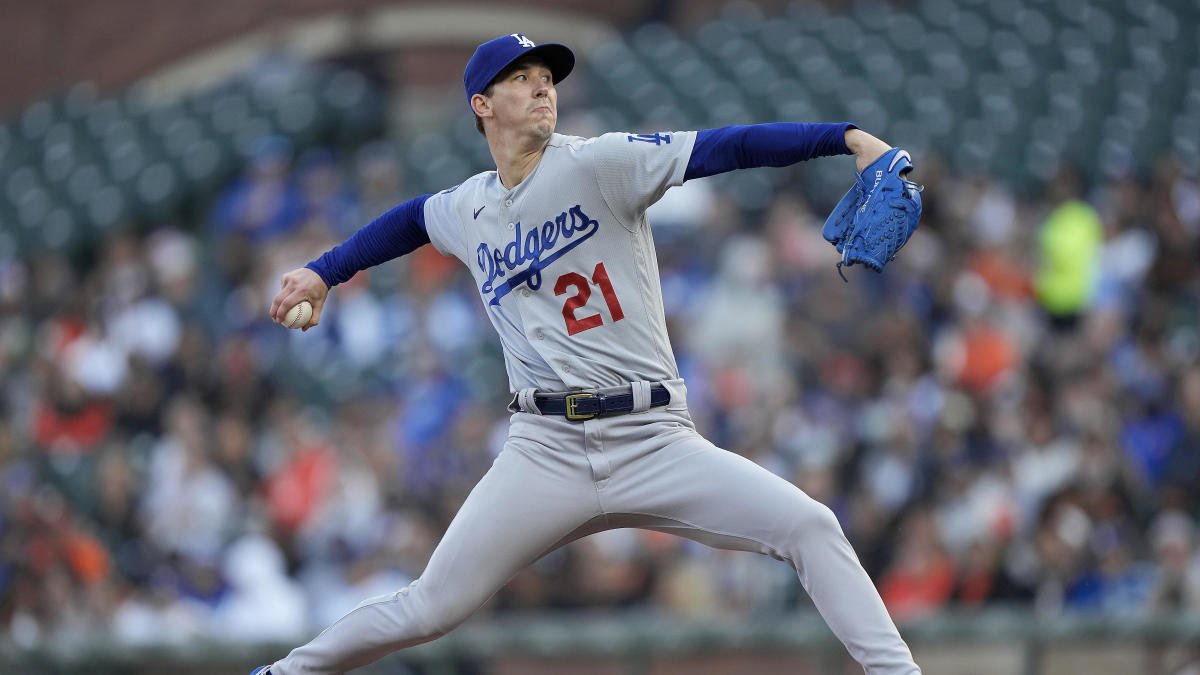 Just a few weeks ago, it appeared that Jacob deGrom was on his way to completing the rare Cy Young/MVP sweep. Over the first few months of the season, deGrom was absolutely brilliant on the mound, to say the least. And to top it off, he was doing his part at the plate at a high level.

With how well he was performing, betting on any other NL Cy Young “challenger” seemed like a fool’s errand. And he was well-positioned to win out over Fernando Tatis, Jr. for the NL MVP. That in itself is astounding, given that a 50-homer, 40-stolen base season is still within reach for San Diego’s young superstar.

The only things that could potentially derail deGrom were otherworldly excellence by someone else…or injury. The latter was the biggest threat, and for good reason. He made only three starts in May due to multiple issues and exited a June start against the Chicago Cubs due to a shoulder issue.

Those issues did not initially keep him from being the betting favorite for the NL Cy Young and NL MVP. But that cushion is no more. Forearm tightness during a bullpen session following the All-Star break sent deGrom to the injured list. And in testing his arm last Thursday, he experienced elbow inflammation. Thanks to that setback, deGrom is shut down for at least two more weeks, if not longer.

According to Anthony DiComo’s report at MLB’s official website, September looks like a best-case scenario for deGrom to return. If that is the case, there is no way that deGrom could realistically win either the Cy Young or the MVP, even if he was dominant upon his return.

Obviously the bigger thing to consider is how this will affect the Mets going forward. The Mets are looking to lock down the NL East title and make a postseason run. Their ace was expected to be a big part of that. Now he may not be. The Mets are not devoid of good arms, even with additional injury concerns in the rotation. But there is no replacing the best pitcher in the business. It will be interesting to see if they will be able to hold off the Atlanta Braves and Philadelphia Phillies for the duration.

But as deGrom’s injury issues pertain to the hardware he was in line for, with his return likely coming too late for it to matter, he has ceded the favorite role to Los Angeles Dodgers hurler Walker Buehler.

Buehler doesn’t have much of an edge, however, as deGrom’s situation has open the field for a host of hopefuls. Just behind Buehler are Philadelphia Phillies ace Zack Wheeler, Kevin Gausman of the San Francisco Giants, and the Milwaukee Brewers’ duo of Corbin Burnes and Brandon Woodruff. New Dodgers acquisition Max Scherzer comes in next, a bit behind that group but ahead of deGrom, who has dropped all the way to seventh in the latest NL Cy Young odds at FanDuel Sportsbook.

Earlier in the season, Buehler couldn’t buy a win. In his first seven starts, he had only one win. But since then, he has gotten better road support, and he has the wins to show for it.

Buehler leads MLB in quality starts with 18, and he has pitched at least six innings in all but one start. If he can keep it up, he will have the best case for the NL Cy Young. With Clayton Kershaw and Trevor Bauer unavailable, Buehler is a big part of why the Dodgers are still favored to win the World Series despite numerous absences and issues with consistency at the plate. He will have some huge starts over the next two months, and continued excellence will position both him and the Dodgers well.

Which contender not in the tight top group could end up there? Peralta has not gotten the same attention that rotation mates Burnes and Woodruff have, but he currently has the best record (8-3), lowest ERA (2.17), and lowest WHIP (0.87) among the trio.

The 2022 French Open is underway at Stade Roland Garros in Paris, France, and we are already almost through the first week of play. Tomorrow, the remaining third-round matches will take place, after which the men’s and women’s singles draws will be down to their final 16 contenders. In both men’s and women’s singles, there END_OF_DOCUMENT_TOKEN_TO_BE_REPLACED