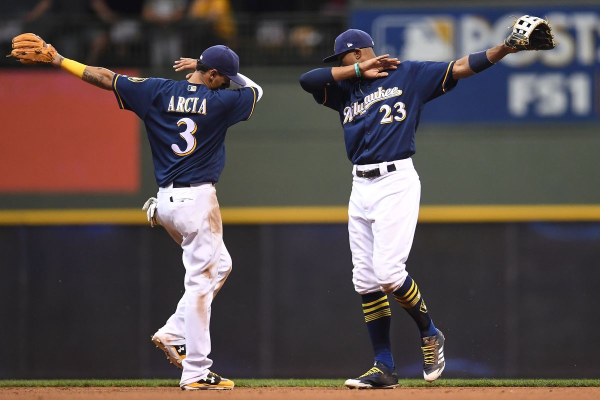 The NL Central is going to be a whole lot of fun in this final month of the regular season. After a 3-2 win over the Chicago Cubs on Monday, the MilwaukeeBrewers have moved within one game of the NL Central leaders. With two more to play in this three-game series, the Brewers could even take over first place with a sweep. Before they can get to that point, the Brewers (83-62) will have to go into Wrigley Field and try to take down the Cubs (83-60) in game two of the series.

The money line for Tuesday night’s game is set at the Milwaukee Brewers +120 and the Chicago Cubs -130.

Brewers Hope To Move Into Tie Of First Place

The Milwaukee Brewers have been scorching hot lately winning 10 of their last 12 and are catching the Cubs at a good time. Possibly the only thing more scorching than the Brewers as a whole have been the bats of Christian Yellich and Lorenzo Cain. Over the last 30 days, Yellich is hitting .324/..398/.667 with a 1.065 OPS. In that time he has 10 home runs, 26 runs batted in and have scored 18 runs.

Not to be outdone, Cain is hitting .367/.461/.500 with a .961 OPS in that same time. Over those 30 days he has a triple, 2 home runs, 5 runs batted in, 20 runs scored and has stolen 5 bases. Throw in players like Ryan Braun, Jesus Aguilar, Mike Moustakas, Jonathan Schoop, Travis Shaw and, others, it is no reason why the Brewers can put runs up in bunches.

On the pitching side, the Brewers will turn to Jhoulys Chacin in game two. On the season, Chacin is 14-6 with a 3.59 ERA, 1.22 WHIP and opponents are hitting .231 against him. In 168 innings pitched he has 140 strikeouts, 62 walks and has allowed 15 home runs. Despite the strong numbers, his last outing was one of his worst of the season. In 4.2 innings against the Cubs, he gave up 3 earned runs and struck out 5. He will be hoping for a better outing this time around.

Cubs Trying To Hold Onto Lead

While the Brewers have been on a roll, the cubs have been struggling as of late. Losing 5 of their last 7 games, the Cubs have seen their lead in the NLCentral diminish quickly. Trying to get back on track they will turn to southpaw, Jose Quintana. On the season, Quintana is 12-9 with a 4.14 ERA, 1.34 WHIP and opponents are hitting .243 against him. In 147.2 innings, he has 128 strikeouts, 63 walks and has allowed 20 home runs. Quintana has been pretty strong as of late, as in his last three outings he has gone a combined 17.2 innings, allowing 5 earned runs and striking out 14. He will try to keep the Brewers offense in check again on Tuesday.

Offensively, Anthony Rizzo has really been swinging a hot bat over the last month. In that time he is hitting .351/.439/.639 with a 1.078 OPS. During that stretch he has 7 home runs, 17 runs batted in, 14 walks (vs. 11 strikeouts) and has scored 18 runs. Another player to watch Tuesday is Daniel Murphy, who has had some success against Chacin in the past. In 14 at-bats, Murphy is hitting .571 with 2 home runs and 3 runs batted in.

This one is tough one to call. On the mound, Jose Quintana has been pitching better as of late compared to Jhoulys Chacin; however, as a team, the Brewers are on fire right now. While I think both pitchers will give up some runs, I do see this being a pretty close game going into the later innings. It is there, though, that I give the Brewers the definitive advantage. With a bullpen anchored by relievers like Josh Hader and Jeremy Jeffress, I like the Brewers chances of holding the Cubs downs better than I like the Cubs chances of doing the opposite. It is close, but take the Brewers in this one at +120.