MLB: Players Returning From and Players Heading To Disabled List 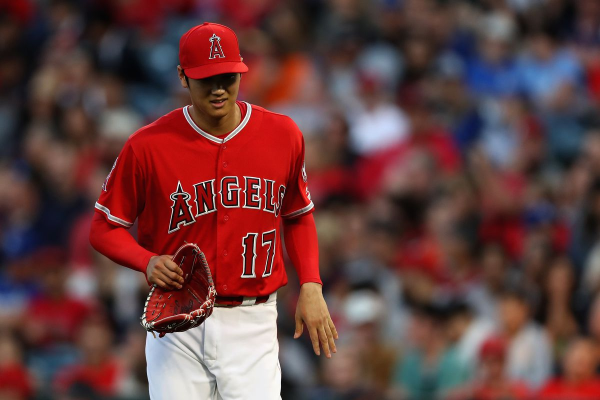 The MLB Draft took place this week, giving us a new generation of future big leaguers to watch develop. Meanwhile, there was plenty of action going on with the current crop of big leaguers, so let’s check it out!

The Angels received some bad news this week when two-way sensation Shohei Ohtani was diagnosed with a Grade 2 strain of his ulnar collateral ligament. He will be shut down for three weeks and then re-evaluated. Some pitchers are able to pitch through such an injury after receiving a platelet-rich-plasma injection, which Ohtani received. However, the injury could force Ohtani to undergo Tommy John surgery. It could be a long three weeks for the Angels while they wait to see if Ohtani needs to go under the knife. But even if he only misses a few weeks, it’s a huge loss for the Angels.

Two Steps Forward, One Step Back

The St. Louis Cardinals have had an interesting week. First, they got both Carlos Martinez and Yadier Molina back from the DL. Both are huge additions for the Cardinals, who have hung tough amidst a slew of injuries as they try to play catch up to the Cubs and Brewers in the NL Central. However, St. Louis also got some bad news with top prospect Alex Reyes undergoing season-ending surgery after just one start. Reyes missed all of last season because of Tommy John and will now miss most of 2018 as well.

The Bum is Back

Another pitcher who is back from injury is San Francisco’s MadisonBumgarner. The former World Series MVP finally made his season debut after breaking his hand during spring training. The Giants have managed to stay around .500 all season without Bumgarner and have remained within striking distance in the NL West, so getting the lefty back could be a game-changer for them. Johnny Cueto and Jeff Samardzija are also working their way back from injury. If the Giants can get all three healthy at one time, they become a team to watch in the NL West.

Injuries continue to be a problem for the New York Mets. Despite getting Todd Frazier and Anthony Swarzak back from the DL earlier this week, the Mets sent Jeurys Familia to the DL on Friday. They also won’t be getting Noah Syndergaard back from the DL on Sunday as expected after he suffered a setback on his sprained finger. Meanwhile, the inept Mets lineup is still awaiting the return of Yoenis Cespedes. The Mets have now lost seven games in a row, and things are looking quite bleak.

In a rare June trade, the Arizona Diamondbacks acquired outfielder Jon Jay from the Kansas City Royals for a pair of minor league pitchers. With A.J. Pollock and Steven Souza Jr. on the DL for the time being and both Jarrod Dyson and Chris Owings have terrible offensive seasons, the Diamondbacks were desperate for outfield help. Jay doesn’t provide much power, but he’s hitting over .300 and having a strong offensive season. With his versatility, he’ll be useful for Arizona’s outfield even after Pollock and Souza return. Meanwhile, parting ways with Jay could be the first of several trades the Royals make this summer, as they appear poised for a fire sale.

The Texas Rangers signed GM Jon Daniels to an extension this week. On the surface, it’s an odd move for a last-place team. However, Daniels has been the GM since 2006, overseeing five playoff births during that time, including back-to-back AL West titles in 2015 and 2016. The Rangers are approaching a rebuilding phase, and clearly, they have faith in Daniels to guide them through that process, as his deal will keep him in Arlington through the 2020 season.

Over the past week, the Seattle Mariners have officially taken over first place in the AL West from the Houston Astros. The Mariners have been nothing short of remarkable since Robinson Cano was lost to injury and then suspended a few days later. Seattle is 18-6 during that span, giving them 40 wins on the season, 20 of which have come by one run. Of course, the Astros aren’t going anywhere, and so Seattle’s lead is just one game. But with or without Cano, the Mariners look like legitimate playoff contenders.

As Close as Can Be

Meanwhile, the NLWest has become a four-team race. Entering Saturday, the Diamondbacks sit in first place with the Rockies, Dodgers, and Giants all 1.5 games back. This could end up being the most intriguing division in baseball the second half of the season. However, with so much parity within the division, it may be difficult for any of the teams to catch up in the wild-card race, meaning it could be division title or bust for those four teams.