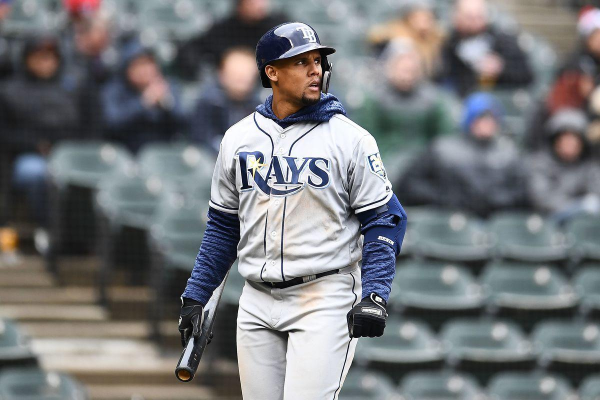 Things were a little slow on the baseball hot stove during the week of Thanksgiving. But things are finally starting to pick up. In the last few days, we’ve had several signings and plenty of rumors flying. Let’s get caught up on everything from the past week.

The Braves made two notable moves on Monday, signing veterans Josh Donaldson and Brian McCann. Donaldson comes aboard to be Atlanta’s third baseman on a one-year, $23 million deal. After an injury-plagued season, Donaldson gets a nice pillow contract from the Braves, a team in need of some pop behind Freddie Freeman. With Donaldson at the hot corner, Johan Camargo will morph into a super-utility player in the mold of Marwin Gonzalez.

Meanwhile, McCann returns to Atlanta, where he spent the first nine seasons of his career. At his press conference, McCann mentioned how he always wanted to come back to Atlanta and retire there. He had some knee problems last year with the Astros, but at just $2 million, there’s good value in signing McCann, who figures to split time with Tyler Flowers behind the plate.

The Pirates have added outfield help in the form of longtime Cleveland Indian Lonnie Chisenhall. With Gregory Polanco expected to miss the early part of the season after having shoulder surgery in September, Chisenhall figures to get a majority of the playing time in right field until Polanco returns. After that, Chisenhall should have the versatility to provide Pittsburgh with a backup at multiple positions.

While not 100% official, the Tigers appear to have reached a deal with left-handed starter on a one-year deal worth $2.5 million. Moore had a rough year with the Rangers in 2018, spending most of the season in the bullpen. Prior to having Tommy John surgery in 2014, Moore was a top-flight starter with the Rays. He’s still only 29, so there’s a chance he could still come around and return to form. Even if the Tigers aren’t ready to compete, Moore could be a useful trade chip in July if he gets back on track.

Swingman Jesse Chavez is coming right back to the Rangers, reportedly agreeing to a two-year deal on Tuesday. Chavez signed with Texas last winter but was traded to the Cubs in July. In 62 relief appearances for the two teams, Chavez posted a 2.55 ERA. With Texas rebuilding and their rotation having some open spots, Chavez could potentially be used as a starter if some of the team’s younger pitchers aren’t ready. Otherwise, he’ll have a nice home in the bullpen.

The Reds locked up closer Raisel Iglesias long-term this past week, signing him to a three-year deal worth a little over $24 million to take care of his arbitration years. The 28-year old has compiled 64 saves over the past two seasons, cementing himself in the closer’s role for Cincinnati. However, there is some speculation that Iglesias could still be used as a trade chip this offseason. After all, for a closer, he’s on a team-friendly contract, which means his value on the trade market could be high.

Soon after the Rays designated first baseman and DH C.J. Cron for assignment, the Twins were happy to pick him up on waivers. Cron hit a career-high 30 home runs in 2018, nearly doubling his previous high of 16, helping him produce an OPS of .816. He and Tyler Austin will likely share the first base and DH duties for the Twins, helping to replace the recently retired Joe Mauer.

In a rather interesting move, the Royals have hired former St. Louis manager Mike Matheny as a special adviser for player development. For many, the move is seen as a precursor to Matheny becoming the Kansas City manager. Current Royals manager Ned Yost has strongly hinted that he’s heading toward the end of his tenure. It’s not a stretch to think that Yost could retire after the 2019 season with Matheny ready to take the reins.

Finally, there are rumors flying that the Seattle Mariners are shopping Robinson Cano and that the Mets may be taking the bait. One source indicated talks between the Mariners and Mets are “smoke, not fire,” which makes no sense while other reports say they are merely discussing the parameters of a potential deal. Such a trade would involve multiple big leagues and prospects and tons of money flying around, so there’s a lot that could stop this from happening. However, it’s something worth watching.