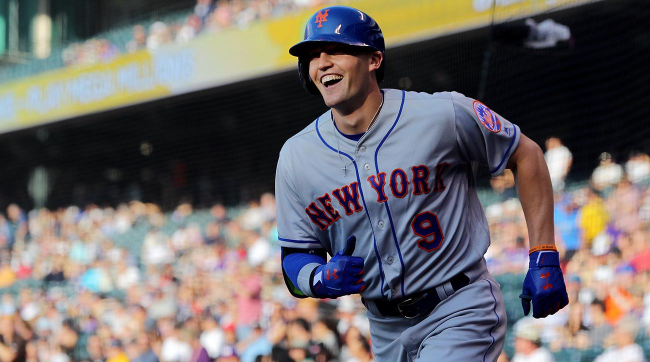 It was a bad week for injuries in Major League Baseball, especially if you’re a New York-based team. Let’s get caught up on all of the latest injury news and everything else you need to know heading into the weekend.

The New York Mets have had a flurry of injury news over the last week. It started with outfielders Michael Conforto and Brandon Nimmo going on the IL with a concussion and stiff neck, respectively. Later, both Jeff McNeil and Robinson Cano were placed on the IL with muscle injuries. Amidst it all, Yoenis Cespedes was ruled out for the season. Cespedes had been rehabbing from surgery last year on both heels but was hoping to make it back during the second half of the season. Apparently, he stepped in a hole on his Florida ranch and suffered a severe ankle fracture.

Despite all the injuries, the Mets managed to pull off a four-game sweep of the Nationals during the week to bring them within a game of .500. Of course, those four wins came after a five-game losing streak, including three straight to the lowly Marlins. The Mets must now hope that their replacement players can help weather the storm until they get healthy.

On the Other Side of Town

Things aren’t going much better for the Yankees, although injuries have been a theme for them all season. While some players are making progress in their recovery, Giancarlo Stanton suffered a setback, putting a halt to his rehab. The Yankees were also forced to put CC Sabathia on the IL with his knee problems resurfacing. The big lefty has missed time in five of the last six years due to knee problems, although he usually doesn’t miss much time. On the bright side, the Yankees swept the Rays last weekend, catapulting them into first place in the AL East.

The Angels suffered a massive loss this week with shortstop Andrelton Simmons being sidelined with a Grade 3 ankle sprain. If you’ve seen the video of the injury, you know just how ugly it was. Once the swelling goes down, the Angels will have a better idea of how long Simmons will be out. But the Halos should be planning on at least eight to 12 weeks without one of the best shortstops in the game and one of their most important hitters.

The Indians parted ways with veteran Carlos Gonzalez this week. After signing a minor league deal with Cleveland this offseason, CarGo was promoted last month and given 30 games to showcase himself. However, he hit just .210 with two home runs, failing to make much of an impact. It remains to be seen if any other big league team will give the three-time all-star and former batting champion another chance.

Dodgers young lefty Julio Urias is in some off-field trouble. He was recently placed on administrative leave following a domestic violence arrest but was reinstated earlier this week. There is reportedly a surveillance video of the event that occurred in the parking lot of a mall. However, MLB was unable to obtain a copy of the security footage, making it difficult to hand down a punishment, something they’ve down with several other players accused of domestic violence. Urias is back on the roster but hasn’t pitched since his return. He also remains under investigation by MLB, although prosecutors have yet to formally charge Urias with any crime.

Early in the season, the Arizona Diamondbacks looked like surprising contenders in the NL West, but they are now losing their grip on the season. The D’Backs are in the midst of a five-game losing skid, including a sweep at the hands of the Padres this week, dropping them to .500 and seven games back of the Dodgers. They’ve also won just five of their last 17 games and have seven more games on the road before returning home at the end of the month.

As mentioned, the Marlins pulled off a three-game sweep of the Mets last weekend. But the Fish haven’t stopped there. The Marlins went on the road this week and swept the Tigers in a three-game series, giving them six consecutive wins to pass the Orioles in the win column, leaving Baltimore with the fewest wins in baseball. Even more surprising is that Miami is now tied with the Nationals in the loss column. Those two teams begin a four-game series on Friday, giving the Marlins a chance to move out of last place in the NL East if they can stay hot.