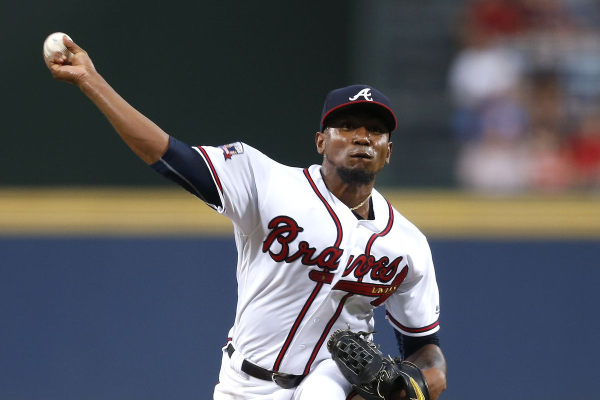 Sunday Night Baseball features a battle of teams who had high hopes at the beginning of the year but are currently fighting to stay in contention within their divisions. In Sunday evening’s game, the Atlanta Braves (29-24, 2nd in the NL East) will travel to Busch Stadium to take on the St. Louis Cardinals (26-25, 4th in the NL Central). This will also be the rubber game for this three-game series as the Braves won Friday’s contest 5-2 while the Cardinals took Saturday’s game 6-3.

The moneyline for this one features the Atlanta Braves +133 and the St. Louis Cardinals -143. The over/under on runs scored is set at 9.

Offensively, these teams have been awfully similar. The Cardinals currently rank 11th in the majors in runs scored at 5.02 runs per game (5.27 at home). The Braves come in just a couple spots later at 13th, averaging 4.94 runs per game (4.88 on the road).

Unfortunately for Braves fans, they watched what probably should have been a win on Saturday slip through their fingers when their bullpen imploded to allow four runs in the 8th inning. After Mike Soroka had allowed just one earned run (two runs total) over six innings, Dan Winkler allowed four hits and four earned runs in the bottom of the 8th, and the Cardinals shut the door from there.

On the offensive side, Austin Riley has had quite a nice start to his major league career in Atlanta. In 44 at-bats, he is hitting .341/.370/.727 with five home runs, 13 runs batted in and eight runs scored. The most consistent force, though, continues to be Freddie Freeman. The first baseman is hitting .315/.406/.576 with 13 home runs, 32 runs batted in and 36 runs scored. He has also had success against Flaherty as he is 3 for 5 against the righty with a home run and three runs batted in.

It seems like just the other day the Cardinals were rolling and had the best record in baseball. However, the month of May has not been kind to the Redbirds as they are 7-15 this month. With the Cubs surging, the Cardinals know they need to turn things around as to not dig themselves in too much of a hole.

Offensively, the Cardinals will look to Marcell Ozuna for a big game. In his career against Teheran, he is hitting .366 in 41 at-bats with two home runs and seven runs batted in. Of all Cardinals hitters, only Matt Carpenter has also taken Teheran deep. Carpenter is also 5 for 10 against the righty in his career. Going back to Ozuna, though, he leads the team in home runs with 14 and runs batted in with 45. He will look to keep it going and give the Cards an offensive boost on Sunday.

I am really torn on this one. I like the fact the Cardinals are playing at home, but it is also hard to discount how well Julio Teheran has pitched lately. On the offensive side, both teams have deep lineups and stars that can change the game with one swing of the bat.

With this being a toss-up in my mind, I ultimately give the edge to the team that you can get better value out of the moneyline with. For this game, that is the Braves, who are seen as the underdogs with a line of +133. I would completely understand if you went Cards at home in this one, but for my money, I am taking the Braves.