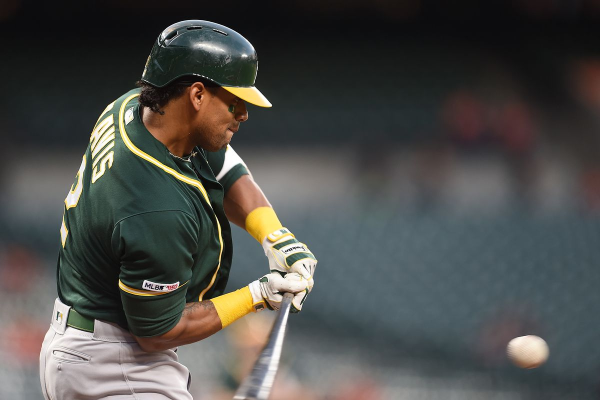 It looked as if the Mariners were going to be a contender in the American League West Division this season, but then the month of May came. Seattle has not only lost its last five games, but it has just three wins in its last 15 contests. The Mariners have now fallen to last place in the AL West Division with a record of 23-31. Oakland has been red-hot in the month of May after a dreadful start. The eight straight wins by the Athletics have them in second place in the AL West with a record of 27-25. The Oakland Athletics are -150 over the Seattle Mariners in the series finale on Sunday.

Oakland ended the 2018 regular season by scoring a ton of runs, and that offense has returned in the month of May. The A’s have scored at least four runs in each of their eight wins on this winning streak and have scored 12 runs in this series. Several players have been hitting well of late, but outfielder Khris Davis leads the way with 12 home runs and 29 runs batted in. The Athletics do a great job of working deep counts and taking walks and have a team on-base percentage of .323. Oakland has feasted on Seattle pitching in this series.

Brett Anderson will be on the mound for Oakland in the series finale, and that has usually worked out well for the Athletics. The veteran has gone 5-3 with a 4.14 earned run average in his 10 starts and usually gives the Athletics a chance to win. Oakland also has one of the deepest and most talented bullpens in the league, and its relievers are usually great if they have a lead.

If the Mariners are going to end their five-game losing streak and salvage a game in this series, they are going to need a solid start from Mike Leake. Seattle has been giving up nearly six runs per game during this recent slide, and they need someone to stop the damage. Leake is a proven veteran but has struggled so far to begin the 2019 season. The veteran has gone just 3-5 in his first 10 starts of the season and has an earned run average that sits at 4.73. Seattle has a struggling bullpen as well, and that might spell trouble in this game.

The Seattle Mariners have continued to hit home runs after their record-setting start, but they aren’t doing much else right on offense. Dee Gordon is leading the team with a .281 batting average but was recently put on the injured list. First baseman Daniel Vogelbach is the most feared player in the Seattle lineup, leading the team with 14 home runs and a .390 on-base percentage. The Mariners will have to score plenty of runs to win this game.

This series is featuring a pair of rivals going in opposite directions, and it has shown all weekend long. The Mariners just don’t seem to have an answer to stop their losing streak, and Oakland has been doing everything right. Look for this trend to continue on Sunday as the A’s complete the sweep. Bet the Oakland Athletics -150 over the Seattle Mariners in the series finale.