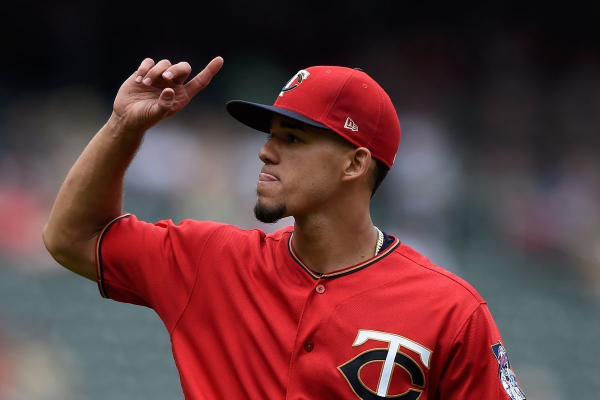 Thursday will feature a matchup of AL Central versus AL West when the Minnesota Twins (27-15) travel to T-Mobile Park to take on the Seattle Mariners (22-23). The Twins have been a pleasant surprise this year as they are currently leading the AL Central by 4.5 games over the Cleveland Indians. They are coming off of a series win over the Angels, including an 8-7 win on Wednesday. In the win, Jason Castro hit his sixth home run while Byron Buxton hit his second.

For the Mariners, they had a day off on Wednesday after a sweep of a brief two-game series over the Oakland Athletics. The pitching matchup for Thursday will feature Michael Pineda (2-3, 5.85 ERA) for the Twins squaring off with Erik Swanson (1-4, 6.35 ERA) for the Mariners. First pitch for this one is scheduled for 10:10 pm ET.

The moneyline for this matchup features the Minnesota Twins at -120 with the Seattle Mariners at +110. The over/under on runs scored is 9.5.

Offensively, Seattle actually comes out ahead of the Twins in some categories. In terms of runs scored, the Mariners rank fifth in baseball, averaging 5.33 runs per game. For the Twins, they rank eighth with an average of 5.22 runs per game.

Pitching wise, Minnesota has a big advantage. They currently rank seventh with a staff earned run average of 3.75, while the Mariners come in at 21st with an ERA of 4.75.

Minnesota has been absolutely stellar through the first quarter of the season and is doing it on both sides of the ball. On the pitching side, most of the starters have been solid; however, one who has not has been Thursday’s starter, Michael Pineda. On the season, he is 2-3 in eight starts with a 5.85 ERA, 1.45 WHIP and opponents are hitting a whopping .302 against him.

On the offensive side, Eddie Rosario has had a really strong start to the season from a power standpoint. He is hitting .247/.284/.532, but has 13 home runs, 34 runs batted in and has scored 27 runs. He leads the Twins in all three categories.

Jorge Polanco has also had a strong start, hitting .331/.398/.624 with eight home runs, 19 runs batted in, and 25 runs scored. One through nine in their lineup, the Twins have been getting production all season long.

The positive for the Mariners is that they sit in second place in the AL West. The negative, though, is that they sit 7.5 games behind the Houston Astros already. Knowing that the Astros won’t leave much room for error, the Mariners need to start turning around their recent woes in a hurry. A two-game sweep of the A’s was nice, but they need to keep it rolling with a tough Minnesota team coming to town.

To do so, they will turn to Erik Swanson to take the ball. On the season, Swanson is 1-4 in five starts (six games total) with a 6.35 ERA, 1.27 WHIP and opponents are hitting .263 against him. In 28.1 innings, he has allowed 31 hits, 20 earned runs, seven home runs and has struck out 21 versus five walks. In his last outing, a 14-1 drumming by the Red Sox, Swanson went just 4.2 innings, allowing seven hits and seven earned runs while striking out 4. He will look for a much better outing Thursday.

Offensively, the Mariners have some guys that can hit the long ball. Dan Vogelbach (11), Mitch Haniger (11), Edwin Encarnacion (12) and Jay Bruce (12) have all shown a power display. The problem, though, is they don’t hit at a high clip (all four of these guys are hitting under .250), and the Mariners as a whole strike out too much. Danny Santana, Tim Beckham, Mitch Haniger and Jay Bruce combine for 200 strikeouts between the four of them.

Still, they will try to take advantage of the early-season troubles of Pineda to put some runs on the board. Edwin Encarnacion, in particular, has had success against the righty. In his career, he is hitting .348 in 23 at-bats with a home run.

I will be honest in saying I don’t love the pitching matchup on either side. Both of these pitchers have shown that they are not the most consistent. Still, when having to choose, at least Pineda showed signs of a good outing in his last start. That coupled with the fact that the Twins offense has been pretty solid to start the season has me leaning their way. I do think that runs will be scored on both sides, making the over enticing, but for my money, I am taking the Twins at -120.