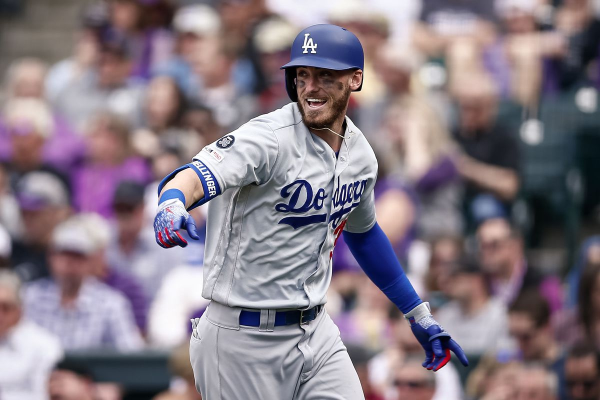 It is a battle of NL East versus NL West on Saturday when the Washington Nationals (15-23) take on the Los Angeles Dodgers (26-15) at Dodger Stadium. For the Nationals, they have really been a disappointment this season, losing four of their last five and falling to fourth in the NL East. For the Dodgers, they have been one of the hottest teams in baseball through the first quarter of the season as they hold the best winning percentage in baseball and a three-game advantage in the NL West.

Saturday’s game will be the third game of a four-game series between the two, one that has seen them split the first two games. The Nationals will send perennial All-Star Max Scherzer (1-4, 3.78 ERA) to the mound to square off with the Dodgers’ Walker Buehler (4-0, 4.95 ERA). First pitch for this one is scheduled for 9:10 pm ET.

The moneyline for Saturday’s game is set at the Washington Nationals +112 and the Los Angeles Dodgers -122. The over/under for runs scored is set at 7.

On the offensive side, the Dodgers have been one of the best teams in baseball. They currently rank 4th in runs per game at 5.35, including an average of 6 per game at home. For the Nationals, they rank 19th, averaging just 4.62 runs per game, although they are averaging 5.26 this season on the road.

Nationals Looking To Turn It Around

When you have a rotation that is based around Max Scherzer, Stephen Strasburg, and Patrick Corbin, the expectation is that you are going to be pretty darn unhittable. Unfortunately for the Nationals, that has certainly not been the case. Their pitching staff has struggled, and Saturday’s starter, Max Scherzer, is no exception.

On the season, Scherzer is 1-4 with a 3.78 ERA, 1.17 WHIP and opponents are hitting .259 against him. In 52.1 innings, he has allowed 53 hits, 22 earned runs, and four home runs. His strikeout-to-walk ratio is still outstanding, though, as he has struck out 72 while walking eight. His record is partially due to some bad luck and partially due to a lack of run support. Look for Scherzer to start rounding into form sooner than later.

Offensively, part of the Nationals’ struggles have come from injuries. Luckily, though, it appears relief may be in sight. Trea Turner is due back within a couple weeks, and outfielder Juan Soto is expected to return Saturday.

Prior to his injury, Soto was hitting .248/.368/.467 with six home runs, 22 runs batted in and 16 runs scored. He should be an immediate boost to the offense. Add him to the middle of the lineup with Anthony Rendon, who is hitting .333/.424/.679 with six home runs, and it can be a pretty solid punch for opposing pitchers to have to go through.

To say Los Angeles has had a good quarter of the season would be a massive understatement. Not only have they had a great start to the season, but they also have one of the league’s best hitters to start the season. Cody Bellinger has been on an absolute tear to start the season. He is currently hitting .396/.478/.784 with 14 home runs, 38 runs batted in and 34 runs scored.

Part of his improvement this season has been from a reduction of strikeouts. Thus far, he has a 1:1 ratio of strikeouts to walks as he has 23 of both. If he continues this pace, there might not be anyone that contends with him for National League MVP.

While he has had a great season, Walker Buehler’s season has been a little subpar by the standards that established last season. After taking the second half by storm last year, many expected a big season from the righty. He is 4-0, but his ERA sits at 4.95 after allowing 20 runs on 31 hits in 36.1 innings.

He does still maintain a WHIP of just 1.10 and is allowing opponents to hit just .231 against him, but the ERA has been a bit alarming thus far. In the 36.1 innings, he has struck out 32 while walking just nine. He will look to shut down a Nationals’ offense that has been struggling.

Admittedly, the Nationals have been a real letdown this year while the Dodgers have been one of the hottest teams in baseball. This one comes down to weighing all factors to make the best bet. For my money, if you are going to give me Max Scherzer on the mound AND make the Nationals underdogs on the moneyline, I am just going to have a hard time passing that up. Regardless of how bad the Nats have been, those are pretty good odds for a bettor.

Throw on top of that the fact that they will get one of their best hitters back in Juan Soto Saturday, and it is just too much to pass up. I understand if you wanted to go with the soaring Dodgers, but for my money, I will take my odds at Scherzer and the Nationals at +112.