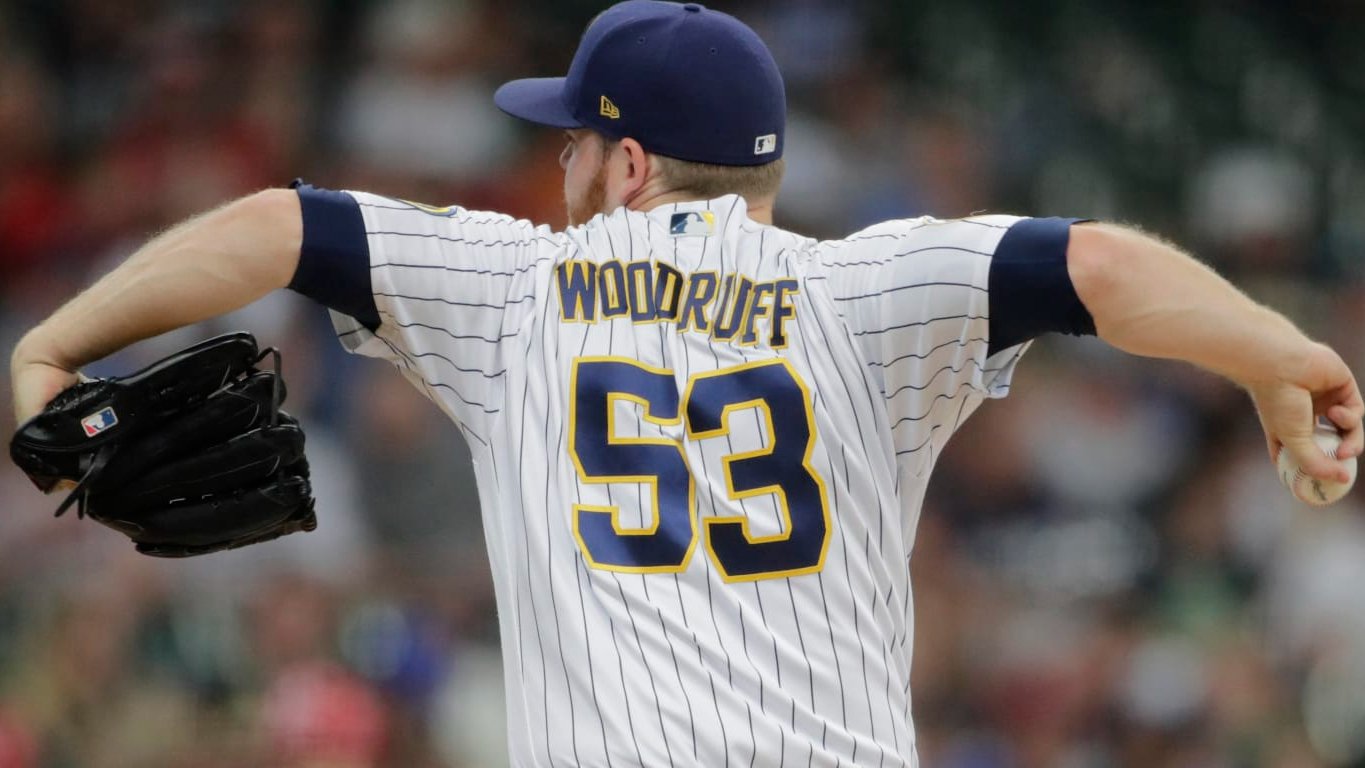 Prior to the MLB All-Star break, the Milwaukee Brewers were on the verge of running away with the NL Central. Then they fell flat in a home series against the Cincinnati Reds, their closest challenger in the division.

That meant that a stumble out of the gate in their trip to Cincinnati to open the season’s second half could really tighten things up in the NL Central standings. They cleared the first hurdle last night, overcoming a slow start and finishing strong in an 11-6 win.

The Brewers will aim to claim the series tonight and will look to ace Brandon Woodruff to do so. On the opposite side, the Reds will be hoping for another strong outing from Luis Castillo. Castillo may lead the National League in losses, but he is trending up after early struggles.

We saw this matchup in their series finale before the break, as the Reds beat the Brewers 3-1 to take three out of four in Milwaukee. Both pitchers were solid in a low-scoring pitchers’ duel that was decided in the ninth, with the Reds tallying two in the final stanza. Will runs be at a premium again, and will an interesting trend between these two teams continue?

Milwaukee Brewers vs Cincinnati Reds odds are via FanDuel Sportsbook as of Saturday, July 17 at 1:45 pm ET. For MLB betting odds for all of today’s matchups from several top online sportsbooks, check out our MLB odds.

Last night’s series opener saw an outcome that has become a familiar one between the Brewers and Reds in 2021. In 14 games between these two teams, the road team is 11-3. The Reds have won six of seven in Milwaukee, with the Brewers now 5-2 in Cincinnati after last night’s rally.

Will the trend continue today? It all depends on Woodruff avoiding the big inning, which has tripped him up in road starts twice over the last month. Against the Colorado Rockies last month, he allowed five runs in the first but put up zeros in his other four innings. Then against the Mets, it was the seventh that did him in, as he gave up three runs in that stanza after surrendering only one in the first six.

Other than those two innings (or 1.1 IP, to be more precise), Woodruff has been ridiculous on the road. In his other 57.1 innings on the road, he has an ERA of 0.79. If the Brewers are going to take out the NL’s other contenders and bring Milwaukee its first NL pennant, Woodruff’s prowess on the road will be key.

In his start against the Reds last Sunday, he allowed only one run in six innings. He did give up nine hits, but the only blemish occurred in the first inning. That is something to watch out for tonight, as Jesse Winker and Joey Votto have both done very well against him. Winker is 7 for 17 (.412) against Woodruff, while Votto is 7 for 20 (.350) with two homers and six RBI.

Will Free Passes Factor Again As Castillo Meets Brewers for Fifth Time in 2021?

The outcome will also depend on if Castillo starts the second half as well as he ended the first. Whatever caused his struggles in April and May appears to be well behind him for the most part. The record is still unsightly, but his performances have largely not been. Over his last eight starts, Castillo has six quality starts and a 1.98 ERA.

However, one point of concern with Castillo is control issues, which have cropped up against the Brewers multiple times this season. In four starts, he has allowed 16 walks in 23.2 innings, including a season-high six in 5.1 innings in last Sunday’s start against the Brewers. It didn’t burn him, as they mustered only three hits and one run against him. That was in Milwaukee, but but he has lost both home starts against the Brewers this season, and free passes were a big factor both times.

Those control concerns are why you should also look out for first-inning trouble for Castillo. He allowed first-inning runs in both previous home starts against the Brewers, and free passes featured both times.

He has not fared well against the Brewers’ leadoff man, either. Kolten Wong is 9 for 21 (.429) in his career against Castillo, and he is coming off of a 3 for 5 night last night. That was his second three-hit performance in three games against the Reds this season, with the other coming in a Castillo start, a 9-4 Brewers win in Cincinnati on May 23. Also in that start, Castillo allowed a home run to Avisail Garcia, who is 7 for 21 (.333) in his career against Castillo.

Brewers/Reds to score in the 1st inning

Based on how things line up, the edge has to go to the Brewers to take the win tonight. With their ace on the hill and road dominance a feature of Brewers vs Reds matchups this season, Milwaukee is a solid bet tonight. There is not a lot of value there, however, so that is not where we are looking for our best bets.

In 14 meetings this season, there have been first-inning runs nine times. Five of those occurrences have come in the seven meetings in Cincinnati, including last night.

With those numbers, notable top-order success, and Castillo’s control issues against the Brewers all in mind, I love this bet tonight.