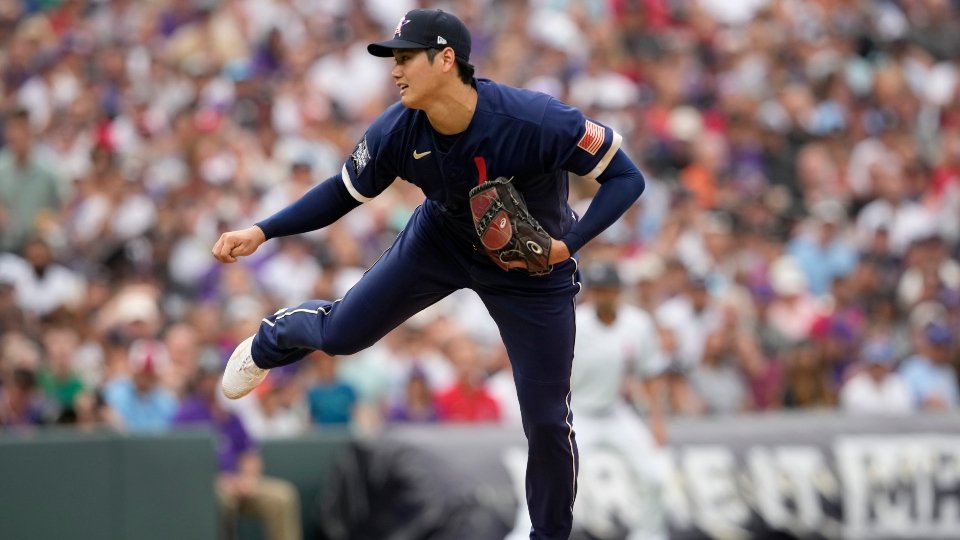 The AL West has four teams that are .500 or better entering the week, and two of them meet in Oakland as the Angels visit the A’s. The Angels really need this series if they are going to mount any sort of challenge in the second half. For now, they are only well behind in both the AL West and AL wild-card standings, and MLB betting odds do not look favorably upon their chances to make some noise.

The Angels started the second half with a chance to reel in the Mariners a little bit, but they lost 2 of 3 to Seattle over the weekend. It is the same old story of the pitching not being good enough.

For Oakland, they are less concerned with what the teams behind them are doing and more focused on the Houston Astros at the top. But they did not take advantage of the Astros’ weekend series loss to the Chicago White Sox, as they surprisingly lost two of three at home to the Cleveland Indians.

The start of the week has a bunch of juicy series, but for entertainment and potential MLB betting value, this game was hard to beat.

Odds are via FanDuel Sportsbook as of Monday, July 19 at 9:11 am ET. For MLB betting odds for today’s other matchups, check out our MLB odds.

Can The Angels Hold Out?

The Angels have been hanging around even though three-time AL MVP Mike Trout has not played since May 16. That is two months without the best player in the game. He is expected back next month, but will it be too late? Also on the shelf are third baseman Anthony Rendon and outfielder Justin Upton. Those are three big bats and a projected 100+ homers.

On the mound, it is a totally different story. The rotation has been mediocre to bad all season long. More offense always helps, but no lineup is “on” every game. That is where the right move would make a real difference, but will they make it?

Oakland Needs to Get Out of Neutral

A month ago Oakland saw the end of a seven-game winning streak. Since then they have not won more than three in a row, making it hard to gain any ground in the AL West. First baseman Matt Olson continues to have a very strong season, but the rest of the lineup is also stuck in neutral, or worse. Third baseman Matt Chapman just can’t stop striking out it seems, and the A’s don’t really have another big bat to lean on. It will be interesting to see if they choose to add to their lineup before the trade deadline.

Unlike the Angels, the A’s pitching is more than fine. They might not have a true ace, but they have five guys who are better than everyone that the Angels serve up, save Ohtani. It is that pitching depth that might be worth dealing from to improve the lineup. They are second in the Majors in quality starts.

Shohei Ohtani Home vs. Away

Cole Irvin Home vs. Away

In terms of arm talent, there is no contest here. But it is hard to ignore those road splits for Ohtani. His lone start against the A’s this season was a road loss on May 28. While it goes down as a quality start, he was not at his best. He allowed only three hits in six innings, but he allowed three runs and four walks in the 3-1 loss.

Irvin’s splits are not great either, which makes it tough to really lean one way or the other based on the matchup. Ohtani is certainly the bigger name, but that doesn’t count for much when determining the right MLB betting move.

This one feels like a coin flip. With Ohtani on the mound, the Angels are the MLB betting favorite, and that is likely to draw even more money throughout the day.

But with a solid starter on the hill and the home advantage, the A’s are the way to play this one. Just wait to get the maximum value. The A’s can wait out Ohtani and then seal the game up against the Angels bullpen, which is one of the worst in the league.

Tonight, the most pivotal game of the 2022 NBA Eastern Conference finals takes place in Boston, with the Miami Heat taking a 2-1 series lead into their matchup with the Celtics. In Game 3 on Saturday, the Heat took control early, outscoring the Celtics 39-18 in the first quarter and leading by as many as END_OF_DOCUMENT_TOKEN_TO_BE_REPLACED