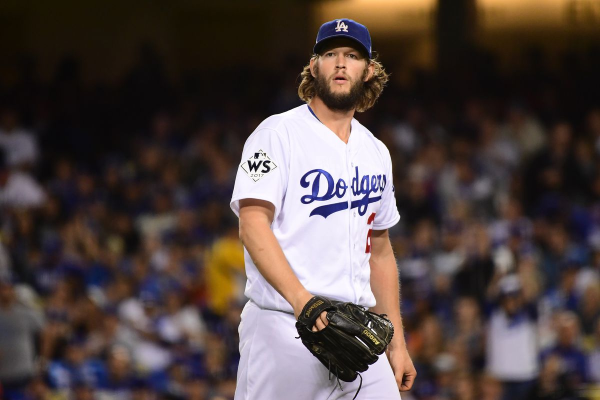 It was another fascinating week in Major League Baseball, full of key injuries, important returns from the DL, suspensions, a trade, and even a trip to anger management. Let’s catch up on everything that happened this past week.

The Dodgers announced Friday night that ClaytonKershaw will skip a scheduled rehab start and instead be activated from the DL on Saturday. Kershaw has made just one start since May 1 because of two separate stints on the DL. However, his return could be huge for the Dodgers, who also got Rich Hill back from injury earlier in the week. Kershaw’s return also sets up an intriguing matchup between him and Jacob deGrom Saturday night.

Rather than wait for the trade deadline to inch closer, the Washington Nationals decided to be proactive and trade for bullpen help now. The Nationals acquired closer Kelvin Herrera from the Royals for three minor leaguers. Herrera is having the best season of his career as Kansas City’s closer, although Washington will use him to set up for SeanDoolittle. With Herrera, the Nationals could end up having one of the better bullpens in the National League. Meanwhile, the Royals continue what could be a massive fire sale this summer after trading Jon Jay earlier this month.

Speaking of closers, San Francisco closer Hunter Strickland hit a wall this week. Well, technically he hit a door. After blowing a save against the Marlins, Strickland punched a door, breaking a finger in the process. He will be out for six to eight weeks. Strickland issued a long apology on Instagram and has mentioned that he may consider going to anger management following the incident. In the meantime, the Giants will look to Sam Dyson, Tony Watson, and former closer Mark Melancon to help anchor their bullpen.

Speaking of injuries, another injury-plagued team, the St. Louis Cardinals, have lost Michael Wacha to the DL. Wacha left his start Wednesday with an oblique issue and the Red Birds were quick to put him on the DL. It’s considered a mild strain, although oblique injuries are known to be tricky and a setback could end up costing Wacha even more time. Before the injury, Wacha was arguably the team’s best starter this season, giving the Cardinals another injury to overcome as they try to stay competitive in the NL Central.

The Nationals have also been rather injury-prone this season, and they suffered another one this week when MattAdams went to the DL with a broken finger. The team had him pegged as a part-time player heading into the season, but Adams has arguably been the team’s best hitter this year. There is no set timeline on how long he’ll be out, but in such a tight division, it’ll be tough for the Nationals to go without Adams for an extended period of time.

Major League Baseball finally made a ruling on Toronto closer Roberto Osuna, suspending him for 75 games. Osuna was arrested on May 8 and charged with assault. He was quickly put on administrative leave, with his return date pushed back several times. Osuna is expected to enter a not-guilty plea in court on July 9. However, he won’t be eligible to return to the Blue Jays until August 4. Toronto’s bullpen, as well as their season, have both gone downhill since Osuna’s arrest. At 75 games, Osuna’s suspension is the longest MLB has handed down for an arrest related to domestic violence.

Another pitcher who will be serving a slightly shorter suspension is Miami’s DanStraily. Things got heated between the Marlins and Giants this week, and even after both teams were warned, Straily threw at Buster Posey. Both Straily and Marlins manager Don Mattingly were ejected and subsequently suspended. Mattingly served his one-game suspension, while Straily has decided to appeal his five-game suspension.

After such an impressive run this month, the Seattle Mariners have now lost five in a row. Combined with Houston’s recent 12-game winning streak, the Mariners have now fallen 3.5 games back in the AL West. Seattle is still in great shape for the wild card, but if they want to keep their hopes of a division title alive, they can’t afford to fall too far behind the Astros, who have started to mash like the Astros of last season during their recent winning streak.