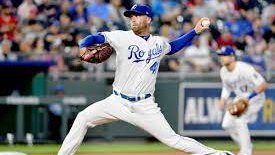 The Kansas City Royals have been one of the most disappointing teams in the American League this season, quickly going from Wild Card sleeper to irrelevant. Their inability to score runs has been surprising and their pitching is nowhere near good enough. From an MLB betting perspective, they have been a profitable team for over bettors, but that isn’t much consolation for those who have lost money backing the Royals.

Boston has the opposite profile. The Red Sox can hit with any team in the league and their pitching has been good enough. How long they can keep that up is to be determined but for now, it is working.

Kansas City has to be hoping that a trip to Fenway Park is enough to unlock their bats, something that often happens to opponents. Their relevance in the AL is slipping and pretty soon all the talk about the Royals will be what players they have that might be of interest to other teams in trades.

Boston is playing so well they look like definite buyers when the time comes. If they could get a starter or two that could give them quality starts with regularity, they can be in the race with Tampa, Toronto, and New York all season.

Odds are via FanDuel Sportsbook as of Monday, June 28 at 10:28 am ET. For MLB odds for today’s other matchups, check out our MLB odds.

The Red Sox certainly have it, sweeping the rival Yankees over the weekend. Meanwhile, the Royals don’t, after getting swept by lowly Texas to fall ten games under .500. Momentum can be just one pitcher away though.

That is what the Royals are hoping for with lefty Danny Duffy. His numbers look excellent, and if he had enough innings to qualify he would be leading the American League in ERA. He has only pitched three innings in June though, and he has never been one for consistency, so his numbers scream regression. He is always a very tantalizing risk.

The Red Sox beat the Yankees with good pitching and timely hitting. In the three weekend wins they did not give up more than three runs in any game. Also, their ability to get timely hits continued for an offense that is one of just a handful in baseball averaging more than five runs per game.

The Royals have been a poor team on the road, 15-24 SU. I still like their offensive potential, and if they are going to have any success in Boston that is going to be the reason. They just need someone beyond C Sal Perez to hit with consistency. There is a lot of power potential in their lineup with the likes of Carlos Santana and Jorge Soler.

Danny Duffy Home vs Away

Garrett Richards Home vs Away

The starting pitcher splits tell a story here for sure. In his first season in Boston, Richards has really struggled at Fenway Park. The most obvious stat besides that terrible ERA is that he has issued more walks than strikeouts at home. That is tough to get behind in any ballpark but especially at Fenway. Duffy has been stellar on the road this season but I worry about how many innings we can expect from the lefty in this spot. Boston is 14-11 against lefty starters this season too.

Royals vs Red Sox Best Bet: Royals RL – The Royals are 21-18 on the run line on the road this season. I think they are going to be able to hit Richards and look for Duffy to be sharp enough to stake them to a lead. We might sweat out that final at-bat by the home team, but I like fading Richards here in a letdown spot.