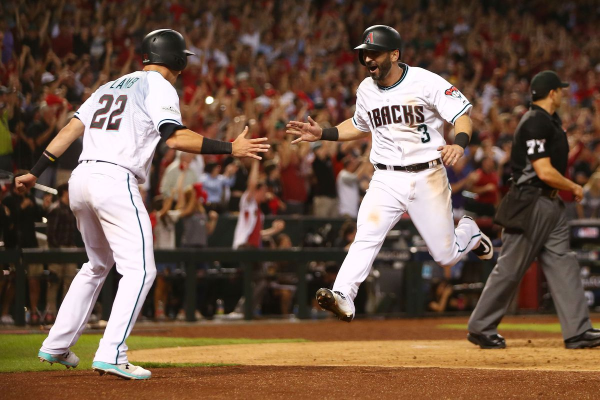 It is going to be a really fun few weeks. With less than 20 games left on the schedule, the NLWest is as tight as can be. Currently, there are only 2.5 games separating the top 3 teams with the Colorado Rockies coming into play Wednesday in first, the Los Angeles Dodgers 1.5 games back in second and the Arizona Diamondbacks 2.5 games back. To make it even more exciting, these teams play each other a lot down the stretch, including on Wednesday when the ArizonaDiamondbacks (77-68) travel to Coors Field to take on the ColoradoRockies (79-65).

After splitting the first two games, each team will be looking to win game three of this four-game series. For the Diamondbacks, they will send lefty Patrick Corbin (11-5, 3.01 ERA) to the mound to square off with Jon Gray (11-7, 4.69 ERA). First pitch is scheduled for 8:40 pm ET.

The money line for Wednesdaynight’s game is set at the Arizona Diamondbacks -101 and the Colorado Rockies -109. The over/under on total runs scored stands at 10.

The Diamondbacks have a great opportunity to close the gap with the Rockies and will be sending southpaw Patrick Corbin to the mound to try to do just that. On the season, Corbin is 11-5 with a 3.01 ERA, 1.01 WHIP and opponents are hitting just .210 against him. In 179.2 innings, he has 223 strikeouts, 42 walks and has allowed 13 earned runs. In his last start, a 5-3 win over the Atlanta Braves, Corbin went 6 innings, allowing 1 earned run and striking out 9.

On the offensive side, the Diamondbacks have a handful of players who have had success against Jon Gray. Jon Jay is batting .400 in 15 at bats with 2 runs batted in, Chris Owings is hitting .556 in 9 at bats with a home run, A.J. Pollock is 4 for 9 in his career and David Peralta is 8 for 16. Surprisingly, one bat that has been cold against Gray is Paul Goldschmidt. In his career, Goldschmidt is 0 for 12 against the big righty with just one run batted in.

The Colorado Rockies can see the finish line in the distance, but they know they have a lot of work to get there. With the divisional race so close, every game is important and they will be looking to fireballer Jon Gray to get them back on track Wednesday after Tuesday’s 6-3 loss to the Diamondbacks.

On the season, Gray is 11-7 with a 4.69 ERA, 1.29 WHIP and opponents are hitting .257 against him. In 157.1 innings, he has 168 strikeouts, 45 walks and has allowed 21 home runs. Gray got off to a really poor start this year, even getting demoted to the minors at one point, but has pitched better overall since getting called back up. Unfortunately, he hit a speed bump in his last outing. Against the Dodgers, he went only 4 innings, allowing 2 earned runs and striking out 5. The biggest problem is that he walked 5 in that game. He will hope to bounce back on Wednesday.

Trevor Story has had quite a season on the offensive side for the Rockies this season. In fact, it very well may be worth a MVP award. This season he has 40 doubles, 32 home runs, 100 runs batted in, 78 runs scored and 25 stolen bases. If those numbers aren’t impressive enough, he also has had success against Patrick Corbin, Wednesday night’s starter. In his career, he is hitting .353 in 17 at-bats against the lefty with a home run and 2 runs batted in. Tom Murphy, Carlos Gonzalez, Ian Desmond, Charlie Blackmon and NolanArenado (2) have also homered off of Corbin in their careers.

This one is tough to call. Both offenses can put up runs in bunches and both starting pitchers can be dominate on any given night. For this one, though, I have to go with the pitcher who has been more consistent all year and that is PatrickCorbin. While Jon Gray has shown he can be electric at times, he has shown that he can be inconsistent far more often this season. Still, when playing at Coors Field with an offense like the Rockies, anything can happen, but for my money I am putting it on Corbin and the Diamondbacks. Take Arizona at -101.