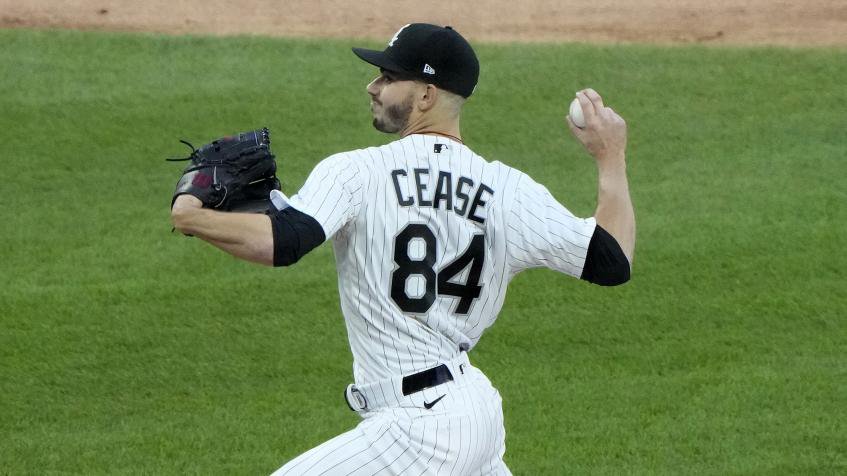 A potential American League Championship Series preview gets underway tonight in the Windy City, as the Chicago White Sox host the Houston Astros. In the latest baseball betting odds at FanDuel Sportsbook, the Astros and White Sox are the leading favorites for the AL pennant. The Astros lead the way at +200, with the White Sox next in line at +330.

The Astros still aren’t going to generate a lot of warm and fuzzy feelings from non-Astros fans, and that may not end anytime soon. But they are out to win, not make friends, and they are pretty good at the winning thing. They did lose two out of three at home to the New York Yankees to end the first half but made an epic comeback to avoid the sweep last Sunday. Entering the second half of the season, the Astros are 3.5 games ahead of the Oakland A’s in the AL West.

Meanwhile, the White Sox have dealt with key injuries to Eloy Jimenez, Luis Robert, Nick Madrigal, and Yasmani Grandal and questions about the team’s chemistry with manager Tony La Russa. For a moment, it looked like the Cleveland Indians might make things interesting in the AL Central. However, the White Sox lead the division by eight games and are poised to run away with it.

Tonight’s series opener will see Lance McCullers Jr. take the mound for the Astros, while Dylan Cease gets the start for the White Sox. McCullers is unbeaten on the road, while Cease is unbeaten at home, so this is an excellent matchup. Let’s dive into it and see where the best MLB betting value is.

Astros vs White Sox odds are via FanDuel Sportsbook as of Friday, June 16 at 3:50 pm ET. For MLB betting odds each day from a number of top online sportsbooks, check out our MLB odds.

Will Guaranteed Rate Field Continue to Be a Fortress for Cease, Sox?

If the White Sox are able to win home-field advantage throughout this year’s MLB playoffs, they will be a tough team to take out. Entering the second half of the season, they have the AL’s best home record at 31-14.

It could be argued that the White Sox are benefitting from a favorable schedule and a division that stinks overall. And it is a fair argument. Only two teams in the AL Central are above .500, while the AL East and AL West each have four teams above .500. And the Central’s other winning team, the Indians, had lost nine straight and 11 of 12 before a three-game sweep of the Royals to end the first half.

Along with the aforementioned injuries, 2020 AL MVP Jose Abreu is hitting only .253. Yes, he still has 15 homers and 66 RBI, but he was a .294 career hitter coming into this season. And after hitting .294 with 16 extra-base hits in the first two months of the season, Yoan Moncada is hitting only .228 with only five extra-base hits in June and July. Also, early-season star Yermin Mercedes was recently demoted to AAA after hitting a major slump.

But the White Sox boast one of the league’s best pitching staffs based on talent and performance. That staff has also had its ups and downs, but all five starting pitchers are over .500. And none of them has an astronomical ERA, with Dallas Keuchel’s 4.25 ERA the highest among them.

That road ledger includes a horror show in Houston a month ago. In a 10-2 loss on June 17, Cease allowed seven runs (six earned) in 3.1 innings. That is one of four times this season that Cease has allowed five or more runs on the road. At home, it’s a much, much different story. His high for runs allowed at home is three, which came against the Minnesota Twins on May 11.

Cease will need to be on his game tonight, as the Astros have excelled on the road. The Astros have the league’s second-best road mark, with only the Boston Red Sox (27-17) edging out Houston’s 26-17 record. Since being swept by the Texas Rangers in May, the Astros are 15-5 on the road. That includes a series win against the Red Sox, the other AL betting favorite.

Their bats are a big reason why. Houston is MLB’s top hitting team overall with a .269 team batting average. And it is on the road where those bats are the most dangerous. On the road, they are hitting .279 and averaging 5.77 runs per game. At home, they certainly are not bad. Far from bad, in fact. But those numbers do dip to .259 and 5.17 runs per game at Minute Maid Park.

It is not all about offense, either. McCullers has been tough on the road. His OBA, WHIP, and ERA are better at home. But he is unblemished on the road, with a 4-0 record and a 2.94 ERA in six starts.

McCullers has largely been consistent this season. He has allowed more than three runs only once in 14 starts, when he was tagged for six runs in 3.2 innings against the Detroit Tigers on April 14. Since then, he is 5-1 with a 2.45 ERA in 11 starts. And since returning from an IL stint in mid-June, he is 3-1 with a 2.89 ERA in five starts. Against the White Sox on June 20, McCullers took the win, giving up two runs in six innings in an 8-2 victory.

Based on what both teams bring to the table, we are in for an excellent matchup tonight and an excellent series. But what is the best bet for tonight’s opener?

White Sox ML: This is definitely a tough matchup to call. The White Sox are terrific at home, but the Astros are excellent on the road. But the White Sox as a home underdog with a favorable situation for Cease? That is value that should not be passed up.

Cease’s monthly ERAs have increased as the season has progressed, which may cause some pause at first glance. But six of his first 10 starts were at home, while only two of his last eight starts have been at Guaranteed Rate Field.

Additionally, in Cease’s eight home starts this season, the only White Sox loss was to the Kansas City Royals on April 11, when they blew a ninth-inning lead and lost in 10 innings.