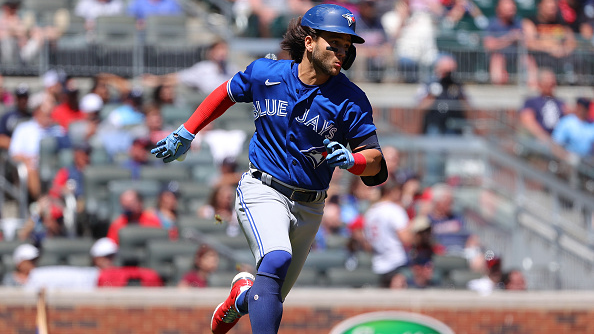 Runs appear likely to be on the menu for the second game of the Phillies vs Blue Jays series, even with one of the league’s top arms on the hill tonight.

Last night, the Phillies shut down the Blue Jays in the series opener. However, don’t expect a repeat outcome tonight in Dunedin, Florida. Here’s a look at the matchup and why the forecast favors runs and why that makes the Blue Jays good value as a home underdog.

Phillies vs Blue Jays odds are via FanDuel Sportsbook as of Saturday, May 15 at 6:30 pm ET. For more MLB betting odds, check out our MLB odds, featuring updated odds from FanDuel and other top online sportsbooks.

Entering today’s MLB action, the Phillies and 18-15 New York Mets sat atop the NL East standings. A recent surge has propelled the Phillies into that position, as they have won eight of their last 11 games.

Road success has had a hand in this run, as they are 4-3 on their current three-series road swing after last night’s 5-1 win over the Blue Jays. 4-3 doesn’t really look like anything to write home about, right? It certainly is when the Phillies were 4-9 on the road beforehand.

In last night’s win, a five-run seventh inning propelled the Phillies to the win. Rhys Hoskins hitting a key three-run double in the decisive frame, helping to deliver a win on a night Vince Velasquez and the bullpen shut down Toronto’s dangerous lineup.

Nola Aims to Return to Winning Ways, But a Concerning Trend Is in Play

Tonight the Phillies start Aaron Nola, who is looking for a win after losing his last start. Last Sunday against the Braves, Nola had his worst statistical outing of the season, allowing a season-high five runs in only four innings in a 6-1 loss to the Atlanta Braves.

The key for Nola will be to avoid a negative trend for one of baseball’s better hurlers. Look at his history in recent seasons. When a subpar outing happens, it is grouped with another one in consecutive starts or there are a couple in a three-start stretch. Against a lineup that is as dangerous as any in the league, there is every possibility that this trend could continue.

Along with Nola’s habit of lumping bad outings together, the Blue Jays have their own trend that favors their success tonight.

In 37 games this season, the Blue Jays have been held to two runs or fewer ten times. And save for a three-game road stretch against the Kansas City Royals and Boston Red Sox, they have responded well to being shut down. In the first nine instances, they scored five or more runs seven times and amassed 66 runs total. And in those nine games, Toronto is 6-3.

The Phillies are heavily backed in our MLB picks, but the value lies with the Blue Jays tonight. The +1.5 run line is also excellent value, given its relatively favorable odds The over also merits consideration. The over is 6-5-1 in Toronto’s games in Dunedin, but the Blue Jays are yet to have consecutive unders there. With matchups and trends favoring scoring, it’s over or bust.