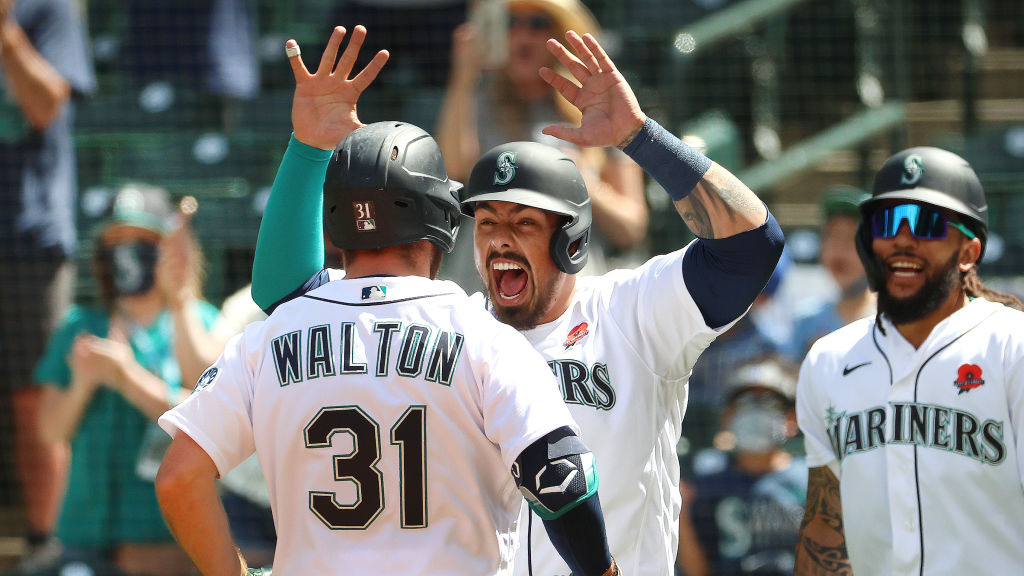 After a thrilling opener to the A’s vs Mariners series, the hottest team in the AL West will take aim at a series win tonight at home.

The Oakland A’s and Houston Astros garner most of the attention when it comes to the AL West. They also occupy the top two spots in the standings. But it’s the Seattle Mariners who are the hottest team in the AL West. The Mariners have won five in a row to move above the .500 mark heading into June. Yesterday’s 6-5, 10-inning win over the A’s pulled them within 2.5 games of Oakland. Can they close the gap even more tonight? The home underdog value is certainly strong in this spot.

A’s vs Mariners odds are via FanDuel Sportsbook as of Saturday, May 22 at 9:25 am ET. For more MLB betting odds, check out our MLB odds, featuring updated odds from FanDuel and other top online sportsbooks.

Betting News uses an aggregation of picks from reputable industry sources for all NBA, MLB, and NHL games that are previewed on the site. For detailed A’s vs Mariners betting information, including a source-by-source betting picks breakdown, check out the A’s vs Mariners matchup page.

If the Mariners extend their win streak tonight, it will be without outfielder Kyle Lewis. Lewis, the 2020 AL Rookie of the Year, suffered a small meniscus tear on a defensive play in yesterday’s win. The result is a stint on the 10-day injured list, which is his second of the season. He missed the first few weeks of the season after suffering a bone bruise in his knee in spring training.

With Lewis sidelined, rookie Taylor Trammell has been called up from Triple-A. It will be his second turn with the club this season. His first stint was a bit rough, as he hit only .157 and struck out 41 times in 83 at-bats in 27 games. But he did hit four homers and drive in 11 runs, displaying some decent pop. And he returns to the majors after tearing it up in the minors (.384, 7 doubles, 6 homers, 19 RBI in 17 games). If he can build off of that in his return to the lineup, the Mariners will be able to avoid the temptation to rush Lewis back before he is 100 percent.

Marco Gonzales returns tonight after missing over a month with a forearm strain. After going 7-2 with a 3.10 ERA in 11 starts last season, Gonzales allowed 12 runs in his first two starts this season. But in his three starts before going on the IL, Gonzales was on the right track, despite a 1-2 mark. In those three starts, he had a 2.50 ERA, allowing only five runs in 18 innings.

Gonzales will be on a pitch count in his return outing. He is expected to throw only three or four innings. But those three or four innings could be very valuable if he follows the trend of solid pitching by Seattle’s staff. In their last eight games, in which they have posted a 7-1 record, the Mariners have allowed three or fewer runs six times and have a 2.63 ERA in that stretch. The bats need to do only so much when the pitching is getting it done, and the Mariners are getting just enough from their offense to back up the efforts on the mound.

Bassitt is coming off of a career-best outing, as he pitched a complete-game, two-hit shutout against the Los Angeles Angels last Thursday. He struck out nine and walked only one in recording the first complete-game shutout of his career. Bassitt is 5-0 with a 2.78 ERA in his last nine starts after losing his first two starts. With those numbers, there is risk in betting against him, even with the A’s current three-game losing streak.

A’s vs Mariners picks heavily favor the visitors, but the value is solely with the home team here. That said, Bassitt’s strikeout total of 5.5 is also worth a long look. He has seven or more strikeouts in seven of his last eight starts, and he has pitched at least six innings in those seven starts. And if form holds, he should miss his share of bats no matter the outcome. The Mariners are 8th in the league in whiffs and had nine yesterday, six of which came in the first six innings.