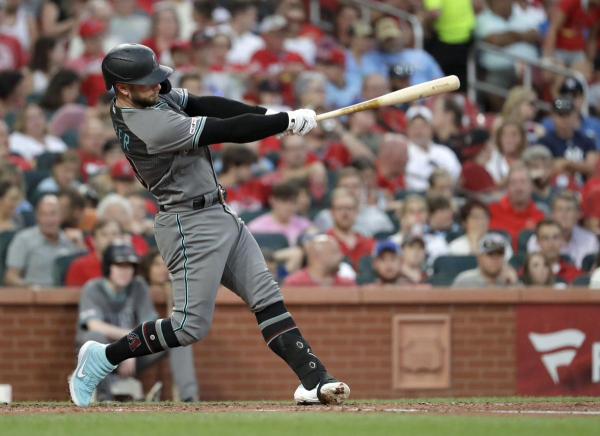 Saturday night features a matchup of teams that are desperately hoping to get out to a good start in the second half of the season. The Arizona Diamondbacks (47-45, a half-game out of the second Wild Card) take on the St. Louis Cardinals (44-45, two games back in the Wild Card) at Busch Stadium in the second of a three-game series. In the first game, the Diamondbacks were able to take care of business with a 4-2 win to draw just a half game back of the Philadelphia Phillies. While the division is out of reach, the Wild Card certainly is not.

For the Cardinals, neither are as they trail the Cubs by just three games and the Wild Card by two. The starters in the second game will feature Merrill Kelly (7-8, 4.03 ERA) taking the ball for Arizona against St. Louis’ Dakota Hudson (7-4, 3.51 ERA). First pitch for this one is scheduled for 7:15 pm ET.

The moneyline for this contest is set at the Arizona Diamondbacks +110 and the St. Louis Cardinals -120. The over/under for runs scored is set at 8.5.

Offensively, the Diamondbacks come out well ahead in this one. They rank eighth in the majors in runs per game at 5.10 (5.59 on the road). Keep in mind, this is despite trading Paul Goldschmidt to the Cardinals in the offseason. For those Cardinals, they fall to 22nd with 4.47 runs per game (4.52 at home).

When you put it all together, it is the Diamondbacks that come out ahead in terms of run differential. They rank 10th in the league with a run differential of +53 while St. Louis ranks 17th at +2.

Diamondbacks Would Love A Hot Streak

There has been a lot of talk about the Arizona Diamondbacks being sellers at the July 31 deadline, but if they get on a roll to start this second half, those ideas may change quickly. Just a half-game out of the second Wild Card spot, they will turn to Merrill Kelly to try to win the series in the second game.

Offensively, the Cardinals really need the aforementioned Paul Goldschmidt to pick it up. After trading for him in the offseason to stabilize the middle of the order, it has certainly been a rough start to the season. On the season, he is hitting just .251/.339/.421 with 16 home runs, 37 runs batted in and 49 runs scored. For one of the premier run producers in the game throughout his career, 37 RBI before the break simply won’t cut it.

Betting On The Diamondbacks

I will be honest in saying that I don’t feel strongly about either team in this one. Neither pitcher has faced the opposing team, giving each of them a slight edge over the hitting early on. In favor of the Diamondbacks has been their offense, which has produced much more consistently than that of St. Louis. Really, it is probably just the home field that gives the Cardinals a slight edge in the moneyline. With that in mind, I am taking the team that is getting the better moneyline as underdogs, and that is the Diamondbacks. For my money, take Arizona at +110.