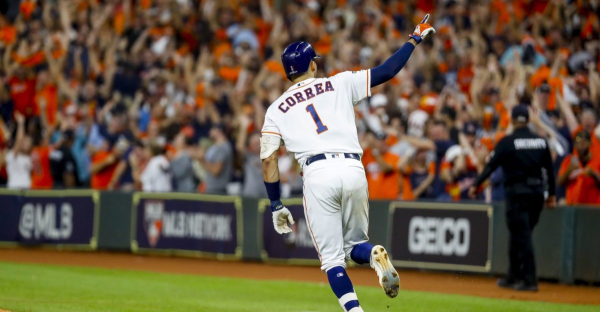 The American League Championship Series certainly has the feel of a heavyweight showdown, and Game 3 will be no different. On Tuesday night, the Houston Astros will travel to Yankee Stadium to take on the New York Yankees. The two teams split the first two games of the series in Houston. New York won the first game 7-0, while the Astros won the second game 3-2 on a walk-off home run by Carlos Correa in extra innings.

Now, with the series moving to New York, the Yankees will look to capitalize on their newfound home-field advantage. The Astros will be sending out Gerrit Cole (20-5, 2.50 ERA) to face off against the Yankees’ Luis Severino (1-1, 1.50 ERA). First pitch for this one is scheduled for 4:08 pm ET.

The moneyline for this matchup features the Houston Astros at -155 and the New York Yankees at +145. The over/under in terms of runs scored is set at 7.5.

On the offensive side, these are two of the best in the majors at scoring runs. The Astros rank third overall in terms of runs per game at 5.57 per game (5.24 on the road). The Yankees rank atop the majors, averaging 5.84 runs per game (5.52 at home).

Astros Trying To Steal One Back

Correa certainly seemed to save the Astros postseason with his epic Game 2. Not only did he have an early RBI double, but he also saved a run with a dynamic defensive play and capped off the night with a walk-off home run. Correa and the rest of the offense will attempt to get a stagnant offense going in New York.

In the postseason, only Jose Altuve and Alex Bregman have performed consistently. Altuve is currently hitting .370.414/.778 with three home runs and five runs batted in, while Bregman is hitting .318/.464/.545 with a home run, three runs batted in and seven runs scored.

Outside of that, though, the others have struggled throughout the postseason. The next highest hitters are Yordan Alvarez and Yuli Gurriel, but each of them are only hitting .231.

While the offense has struggled, the pitching has not. The Astros probably would not want anyone else on the mound in a crucial Game 3 on the road than Cole. In the postseason, he is 2-0 with a 0.57 ERA and 0.57 WHIP, and opponents are hitting just .118 against him.

In 15 2/3 innings this postseason, Cole has allowed just six hits, one earned run and has struck out 25 versus three walks. Coming into this one, Cole has struck out 10 or more in a record-setting 11 straight starts.

The Yankees are trying to utilize their home-field advantage to take the lead in this ALCS and will turn to righty Luis Severino to try to do so. Despite struggling with injuries for most of the season, Severino came back at the end to go 1-1 with a 1.50 ERA in three starts.

This postseason, Severino made one start in the sweep over the Twins. In his start, he went four innings, allowing four hits, two walks and struck out four. With a dominant bullpen, Aaron Boone and the Yankees hope that he can give them four to six innings before turning it over to the pen.

On the offensive side, many of the Yankees’ bats have been clicking, but none more so than Gleyber Torres. Despite being hitless in Game 2, Torres is hitting .409/.435/.864 with two home runs, nine runs batted in and six runs scored.

Aaron Judge has also had a solid postseason hitting .333/.478/.500 with a home run and five walks. One interesting note will be the health of Giancarlo Stanton. After having a solid Game 1 of this series, Stanton was scratched with a quad issue in Game 2, a problem that he has battled throughout the season.

Taking The Yankees And The Favorable Moneyline

This one is tough. As I mentioned, this is quite the heavyweight matchup between these two, and as Game 2 showed, a lot of these games may come down to bullpens or single at-bats.

In general, I do like the Astros, given that they have Cole on the mound. He has been almost unbeatable as of late, regardless of whether he is home or on the road. Still, these two teams are so even that I almost feel obligated to go with the team getting the better moneyline. In this one, that means betting on the Yankees, who currently sit at +145.